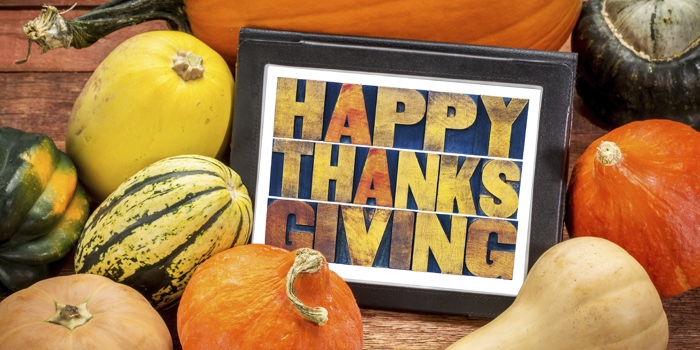 Would I qualify? Would I be chosen? My kidneys were failing, I was 18 and it was 1966. Only a few beds were available at Eklind Hall in Seattle, the first outpatient dialysis center in the world.

There was a committee that chose the patients for dialysis, called The Admissions and Policy Committee or named by Life magazine, the “Life and Death Committee.” All of those who had chronic kidney disease were going to die. The committee would choose some to live.

In 1958, at age 10, I was stung by a swarm of bees while at summer camp in the Cascade Foothills. It turned out to be a life-changing day, because the next year, after starting the seventh grade, my urine was brown and I was taken to the doctor. Mom was told that I had kidney disease, most probably caused by an immune response to the toxins from the bee venom.

Life became a difficult and a confusing whirlwind. Mom and Dad were getting a divorce and I was taken to Children’s Hospital in Seattle on December 26, 1959, about 40 miles south of our home in Everett, staying several weeks in the hospital for treatment while bedridden. It was thought at the time that jiggling or jostling the kidneys would cause further harm. One of the treatments was large doses of cortisone to suppress the immune response and inflammation. This led to weight gain and facial swelling. My clothes didn’t fit. Loneliness consumed me as I sat in the bed playing with puzzles my older brothers Ted and Jim had brought me. A good day came when Mom brought my younger brother, Charlie, to wave at me from the grass as I waved back from my hospital room window. The summer returned me to Children’s for a biopsy and while I was in the hospital. Mom and Charlie moved to Seattle. Mom bought a house on a cobblestone street on the north end of Capitol Hill. It was gray with a big front porch and a beautiful, big, pink azalea in the front yard.

Within two years, I had moved in with my brother, Ted and his wife, Joan, in northeast Seattle, and Charlie had moved in with our brother Jim and his wife, Wendy in Tacoma so we could go to good schools near their homes. It was difficult for Mom to care for us as she was working full time as a Caseworker for the Welfare Department. She chose this job to provide good medical insurance needed for me.

Being chronically ill didn’t stop me from loving high school and making good friends. Ted owned the Seattle Marine Aquarium at that time and it was fun to go with him down to Pier 56 to check on the seals, sea lions and other Puget Sound fish. In my sophomore year, on Christmas day, Ted, Jim and extended family surprised Charlie and me with all the gear needed to learn to snow ski. We excitedly tore the wrapping from skis, boots, poles, gloves, hand knit caps and season passes. My ski lessons were at Snoqualmie Pass where I learned to snow plow, parallel turn and navigate around moguls; enjoyable challenges. At the end of the season, our class had a beginner’s slalom race. I won the race and loved showing my brother’s my trophy, saying, “I beat the boys!” Two year later, I couldn’t carry my skis from the lodge to the lift.

After graduating from high school, I left in the fall for the University of Arizona in Tucson Arizona, joining the Pi Beta Phi sorority and living in the Sonora dorm with 3 other girls, Linda, Kris and Lynn. Life was going well, but finding low-sodium food was difficult and walking to classes took all my energy, so my brother Jim got me a small, a Honda 50 motorcycle to ride around campus to my classes. I parked by the building with my handicapped sticker on the front of the left knee guard and my Pi Beta Phi sticker on the right. Wow, it renewed my spirit to blow through campus and giving rides to my friends. Tucson was lovable, as were my classes and all the sorority and fraternity parties…but my feet had begun to swell.

A few weeks into the second semester, it became old vomiting in the planter boxes outside my physics class. Dr. Macgregor, my physician in Tucson, said I was too sick to stay. With tears flowing down my face, I packed up my things, said goodbye to my roommates’, sorority sisters, and boyfriends, and carried my giant panda bear up the stairs and onto the airplane. Mom picked me up at the SeaTac airport and took me straight to the University of Washington Hospital and Dr. Scribner. Awaking in the morning hearing seagulls crying outside my window told me I wasn’t in Tucson any more.

I went home to Mom’s quiet house while she was at work all day, and sat. My blood pressure was hard to control and the medicine, Aldomet, brought it too low. I was crawling on the floor, so was taught to monitor it and take small pieces of the pill as needed. This helped, and I began to feel better enough that boredom and loneliness surrounded me. Missing school spurred me to apply to the University of Washington for spring quarter. School made me feel happy and productive, and I was able to visit my Seattle friends at the local Pi Phi house. Buzzing around on my Honda 50 through the trees and beautiful spring blossoms lifted my spirits again. I felt thankful to be active and functioning. My kidneys continued to fail, but I was told little because I was not yet 21 and my family kept much from me. Following the low sodium diet that Dr. Scribner taught me helped me feel better. I don’t remember any thoughts about the fact that I might die. In that era, discussing illness, politics, money, religion and such was just not done. My family, Mom and my brothers were told—but I was not. Kidney failure is insidious, progressing slowly and not confounding until late in the disease.

Chronic dialysis was started in Seattle. With the help of Swedish Hospital and Dr. James Haviland, a dialysis center was opened at Eklind Hall. There were only so many beds and a limited amount of funding. Patient selection for this space was discussed with the King County Medical Society and an anonymous committee was formed to select patients. Applicants had to have deteriorating, chronic renal failure, be stable, emotionally mature, and without other medical complications. They had to live in Washington and have money or insurance to help with costs.

Appointments were scheduled with a psychiatrist for psychological testing. My medical records showed no medical issues besides kidney failure. Mom had good insurance with the state, now. By this point, feeling sick was all-consuming. One Saturday, when walking into the small breakfast room that looked out onto the lake, my sister-in-law, Wendy, said, “You know you may not be chosen.”

In the fall of 1966, I moved in with Jim and Wendy in Tacoma and attended the University of Puget Sound. My family was there for me and continued to support my life. Just before Christmas, I got appendicitis and had an appendectomy. My Scribner shunt was placed in my left arm the next day at Swedish Hospital. Dr. Belding Scribner, my doctor, had invented the device. It was placed in my inner lower arm, with one tube in my artery and another into my vein. The tubes both came out near my wrist and connected together, forming a U shape that was covered with gauze wrapped around my arm to protect it. This invention made chronic dialysis possible by allowing a permanent access to the blood that could flow through the artificial kidney and be cleaned of the toxins, which healthy kidneys did constantly.

We had Christmas at Jim’s with the whole family, but I had no appetite and was leaving the room to vomit between opening presents. My dialysis began at Eklind Hall the next day, December 26, 1966. I had been chosen. By January, 1967, 34 patients were being dialyzed, 29 in the Center and five at home. I was one of the 34, and within 18 months was doing dialysis at home, 3 nights a week, on a Kiil kidney, which had to be disassembled and rebuilt each week.

I’m lucky and very thankful to have lived in Seattle and to have had Dr. Scribner guiding me. Today, approaching 50 years since starting dialysis, I am doing well in my fifteenth year of my fourth transplant, and am blessed with a son, a daughter, and three beautiful grandchildren.