Become a Smart Patient and Save Your Own Life - Part 1: Follow the Money 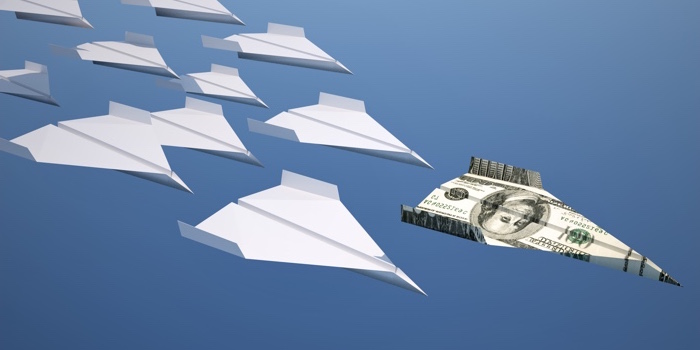 There’s a saying in Silicon Valley about websites, “If the website is free, you’re not the customer, you’re the product!” Your “eyeballs” are being sold to someone else. This is just a modern variation of a much older saying, ”He who pays the piper, picks the tune!” More than eight-out-of-ten dialysis centers are for-profit businesses, and the product they are selling is dialyzed patient treatments. We don’t think about not-for-profits having products, but it’s essentially the same. The primary customer for both is the Center for Medicare and Medicaid Services – CMS or Medicare, for short. Medicare is the leading payer for dialysis, and dialysis providers, for profit or non-profit, must dance to their tune. A provider who can’t keep step goes out of business. In the last few years, a steady stream of hospital-based providers have closed their doors. The two giants—Fresenius and DaVita—have gobbled up many smaller providers. And Medicare, faced with the fact that dialysis patients are about 2% of their patients, but more than three times that percentage of their budget, is under continuing, relentless pressure from Congress who doesn’t want to hear about potholes in highways—or poor outcomes of dialysis patients.

If your treatments are the product, what are the implications? There is a fundamental conflict of interest between Medicare and your dialysis center. Nearly every product or service has such a conflict between the seller and the buyer. But remember, as a dialysis patient you are not the buyer; your dialysis treatments are just the product at risk for collateral damage from the continuing economic struggle between the buyer and the seller. You cannot assume that the compromises they reach in this struggle are in your interest…and not just their interests.

The consequences may be bad for you for at least two reasons:

When Medicare put the Prospective Payment System (PPS) into effect a few years ago, it fixed payment for a single dialyzed patient treatment (now $239 with a few patient and facility specific adjustments). Dialysis providers responded to the squeeze by increasing use of profitable drugs that they could bill separately. Medicare, soon wise to this game, countered by including injectable drugs in the fixed payment, commonly called the “bundle” (oral drugs, originally scheduled to be included in the bundle last year, now won’t be included until 2024, a temporary victory for their manufacturers and dialysis providers).

Now, imagine for a moment that your job is running a dialysis center and your revenue for dialyzing a patient has become almost entirely a fixed amount per treatment. You are on the verge of losing money—and maybe your job. You’ve just about run out of ways to charge more. What can you do? Your first thought is to tell your nurses to cool it, stop talking about home dialysis with new patients, and see if you can start soaking up some of your unused capacity (in an October 2015 report citing excess capacity, ”GAO found that facilities also have financial incentives in the short term to increase provision of hemodialysis in facilities, rather than increasing home dialysis). Next, you ask yourself, “How do I cram more dialyzed patient treatments through here every day?” But you are aware that the evidence is overwhelming that dialysis treatment times are already too short (and too infrequent). You don’t see how you could afford to make them longer, but it would not feel right to make them any shorter. You know your patients would finish a treatment even more wiped out than they are now, and their mortality odds would likely worsen. If there is little you can do to increase revenue, your only option is to find some ways to reduce costs.

Reducing staff is one way, but you know your staff is already overworked and your pay scale is low enough that you are having difficulty filling openings. So you turn your attention to reducing the doses of injectable drugs included in the bundle you give patients and save money. Because of their high cost, the obvious targets are the erythropoietin stimulating agents (ESAs, most common brand is Epogen®). ESAs stimulate the bone marrow to produce more red blood cells, a capability diminished as kidneys fail—more red blood cells means higher hemoglobin, which means less anemia. In the days when ESAs were outside the bundle, injecting more of them was a sure way to increase revenue. But now, inside the bundle, they have been transformed from being a big source of revenue into a big cost. Fortuitously, clinical evidence has emerged that increasing doses too high to drive hemoglobin higher may result in serious cardiac events for some patients. This provides perfect cover to reduce ESA dosing for everybody, even though you know this will leave more of your patients in the listlessness of increased anemia and more will need blood transfusions (their cost is somebody else’s problem).

These are not the only opportunities where dialysis managers are tempted to play the game under the rules that have been foisted on them. The postponement in including oral drugs in the bundle has created an incentive to replace injectable drugs with oral drugs. Injectable active vitamin D is being replaced with the unbundled (but less efficacious) oral active vitamin D, and, as a result, parathyroid hormone levels are rising. PTH levels now exceed the danger point of 600 in 16% of non-black and 32% of black patients, a level consistently associated with adverse clinical outcomes.

Earlier, I said that Medicare was the leading payer for dialysis services. But they are not the only payer. If you are under 65 and are eligible for Medicare because your kidneys have failed, here’s how it works:

If you are a present or prospective dialysis patient and have read this far, you have undoubtedly found this story not just tedious, but depressing. You understand that you are caught in the middle of an ongoing struggle between Big Government and Big Dialysis and the consequences may not be good for you. But let’s switch gears, and start considering what you can do about it.

Before we do, we need to acknowledge that people with End Stage Kidney Disease are sick, feel sick and for many, it may just be too difficult to focus on the steps I will suggest by themselves. Left alone, these patients are likely to become helpless flotsam on the tide of the dialysis care “system,” in no position to make independent, rational decisions. Almost all need a care partner, someone in their household—a spouse or partner, a parent, a grown child—who will take on the task of doing those things that the patient cannot do on their own, starting with informed decision-making. So while I have been addressing the patient, I am also addressing prospective care partners.

To protect yourself, the most important step you can take is to get out of the middle of the economic struggle between Big Government and Big Dialysis. And you accomplish this by stepping out of the dialysis center and stepping into your own home for your treatments. In the center your dialysis treatment is the product… and always vulnerable to the undesirable side effects of the endless pressure to bring costs down.

As a visitor to Home Dialysis Central, you are undoubtedly aware of the clinical arguments for home dialysis that can be summed up by “more is better…and a lot more is a lot better.” But the close look we have taken at the business of dialysis adds an important additional argument: Protecting yourself from the dangerous side effects of the relentless battle to cut dialysis costs by literally taking your dialysis into your own hands (and those of your care partner). You, not your dialysis center, will decide how often and how long to dialyze. If you decide wisely, you can likely look forward to feeling just as well as you did before your kidneys failed…and living much longer.

When asked what they would do if their kidneys failed, nearly all nephrologists say they would stay out of dialysis centers and do their own dialysis at home. When asked if their patients could also do home dialysis, most say that a majority could do it successfully. Most also added that they believed few of their patients would actually do it. But, the right nephrologist for you will recommend home dialysis—absent specific “rule out” factors.

Medicare’s stated policy is to favor home dialysis by all suitably qualified patients. But remember the old saying, “Do as I say, not as I do.” Medicare has unintentionally reinforced both the discomfort with home hemodialysis of many nephrologists and their pessimistic belief that few patients would actually elect to do it (even though it would be their own choice) when they decided that physicians could charge for up to four visits per month for in-center patients, but only one visit per month for home patients. And, of course, home dialysis rates promptly went down, but no benefits for in-center patients were found when compared with those treated by nephrologists who did not get this incentive.

As an even further disincentive for both your nephrologist and your center, Medicare requires a nephrologist to submit a written justification for more than three hemodialysis treatments per week (the primary reason for dialysis at home) for its approval…and rarely, if ever, approve more than four. The center must, then, eat the supplies cost of a fifth and sixth treatment. The dialysis world seems to be littered with examples of The Law of Unintended Consequences!

When you are satisfied that you are in the care of the right nephrologist, the likely next step is referral to a home dialysis nurse (which might or might not be at the center who referred you to your new nephrologist!). If your doctor doesn’t, ask for one. This is not an irrevocable step; you can change your mind anywhere along the line (but I hope you don’t). But it is another important step toward becoming a smart patient. Nine out of ten new patients fail to take this step and just default to in-center dialysis…and its dismal consequences.

Next week, come back for Part 2: Empower Yourself