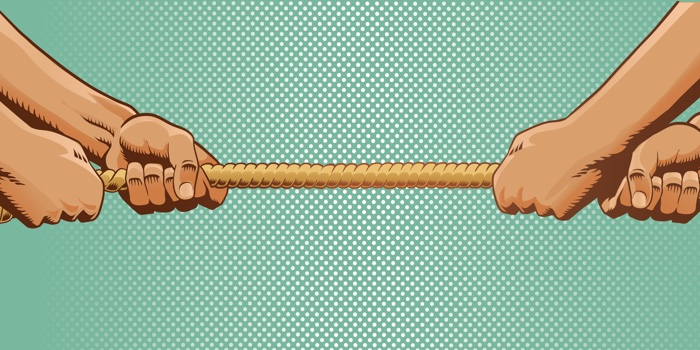 2015 was not to end on the best of terms for me and my clinic. My nurse for the past year left for greener pastures. As I waited patiently for a new nurse to take over, I realized how important, almost symbiotic, my relationship with my clinic had become. Next to my fistula, this was an important lifeline, and when, after almost two months, no new had nurse appeared, I felt at sea.

Then a series of mishaps occurred, my fistula fizzled and required emergency surgery, and then angioplasty, a bad box of cartridges, and my machine tanked, all within days of each other. I needed guidance, and there was none to be had. Not one of the emergency numbers I was originally given at startup was applicable, none of the back-up staff were available. In a pique, which I was later to deeply regret, I called the home therapies manager (also new), and asked what the status of a new nurse was, and that I felt like I had fallen through the cracks.

After a long and defensive explanation, which still left me without any emergency contacts, I muddled through on my own. At the next clinic, almost two months after my old one had departed, I met the new nurse, who spent the entire time telling me about her divorce, cancer, and chemo treatments. While not without sympathy, I also realized that I viewed my clinic visit as “me” time, and missed being able to review my ups and downs with my old treatment team.

Then, just as I was preparing to leave for San Diego, and Kidney Week, the premier conference for kidney docs, I got a call from the social worker at my clinic. The nurse manager I had spoken with several weeks earlier, whereby expressing my discontent, was demanding a meeting the next day to discuss “dialyzing without a care partner”. I felt like I had been punched in the gut!

I explained that nothing had changed in my treatment status over the past year, except that I had new nurses. I invited them to visit me for a long overdue home visit and observe a treatment. But no, the end result was a conversation where the nurse threatened me with “Either bring your care partners in to be trained on Monday (this conversation took place the Friday afternoon before Thanksgiving, mind you), or we will pick up your machine at 9 am Monday, and you will report to in-center dialysis at 4 pm.” My response was that she could call hospice, but I would not be returning in-center.

Truly, I had not realized how inseparable my home dialysis machine and I had become! Threatened with its removal was like an amputation, and left me feeling terrified to the very core of my being. I had no idea that I clung to life so vehemently, and that my life, as I had come to know it, was solely dependent on this machine. So like a mother tiger, I sprang to action.

Fortunately my lifetime of advocacy efforts had taught me what to do. A well-placed call to my ESRD network stalled the clinic, but not much. They were hell bent on removing my dialyzor, and I was steadfastly set on keeping it. A few more phone calls, and they backed off, somewhat, giving me time to explore new options. Not living in a large metropolitan area, there weren’t many options that didn’t require an hour or more of drive time, each way. My nephrologist for the past year, when I confronted him with my plight, recommended a nearby clinic where he was on staff. A call to the competition, a mere half hour away, and just across state lines, fortunately resulted in the warm fuzzies.

I initiated the transfer immediately, and breathed a cautious sigh of relief. It was 2 days before Thanksgiving. My relief, however, was short lived, as the old clinic, barely 24 hours after being notified of my leaving, began hounding me for “their” machine, while at the same time holding up the necessary paperwork to transfer. A real catch 22. A flurry of emails and phone calls, and finally, I signed the paperwork making the transfer complete.

It’s now a week before Christmas, and guess what? Yet more demands to pick up their equipment, with no regard for holiday schedules. I was expecting them to show up at my door with the police any day. I had the blinds drawn, fearful someone would see I was home. This was no way to live! Finally, my new equipment was scheduled to arrive, December 23, and I arranged for the old to be picked up that morning. Good Riddance.

Except for the recent and unexpected death of my grandson, I have never felt so completely shaken, to the core of my being. Realizing that my existence is entirely dependent on a machine that is provided at the whim of medical professionals was both enlightening and unsettling. For someone who has made a lifelong policy to rely only on myself, having to rely on a machine to breathe life into me each day is unnerving, at best. Add to that my mistaken belief that my clinic cared about my well-being, when, in reality, they only wanted another complacent patient, hooked up to one of their in-center machines, with their independence checked at the door, and I had a recipe for disaster. When faced with relinquishing my independence, I knew I could never live like that. Give me home dialysis, or give me hospice!

In a very short time, my life was turned upside down. No one likes change, but as a dialyzor, that is the one thing you can count on. Nothing ever stays the same. You think you have your treatments under control, and bingo, something changes. Nothing made me more aware of this than changing clinics, from one big corporation to another!

The first clue came when I did back to back labs, the first from the clinic I was leaving, the next from the new one. My clearance at the old one was anywhere from 2.2-3.9, and they counted residual function. I was rather surprised when my labs at the new clinic, only a week later, yielded a clearance of 1.7, below adequate, and they did not count residual function.

Then came the flow fraction. I was told not to pay any attention to that number during treatment, and yet it was the first thing my new nurse asked about? After a quick lesson on flow fraction, a change in parameters on the machine, some minor experimentation, and oh, what a difference!

For a year, although I felt great, had almost perfect labs, and enjoyed minimal treatment times, I often experienced low blood pressure crashes, and extensive cramping during treatments. This was my number one argument against longer treatment times, since I could barely endure 2.5-3 hours, how could I possibly increase my time on the machine?

Well, by lowering the flow fraction, of course! On Nxstage, I knew the mantra – low and slow. I ran at 300 blood flow, but, not understanding the flow fraction, I was pushing dialysate through way to fast, which resulted in the crashes, cramping, and excess bleeding. With a lower flow fraction I started increasing my time by a half hour or more, increased the blood flow to 350, and felt fantastic!! No blood pressure crashes, and no more cramping. AND my clearance increased, in less than a week, from 1.7 to 2.07

What I find interesting is that the differences between these two companies and clinics are like night and day. Except that everyone gets dialysis, there does not seem to be an industry norm! If lab results can vary so greatly between companies, who, by the way, each operate their own lab subsidiaries, how else are they different? Well, I aim to find out. What I realized, however, is that in taking on dialysis as a form of treatment for kidney disease, we are, in fact, taking on a partner. And like any relationship, it has its ups and downs, good days and bad, for better or worse, if you will, and through sickness and health! Sometimes, the relationship may even end in divorce, as mine did when I switched clinics. One partnership ended, and a new one began.

I was lucky. My year ended on a happy note. As I was settling in at my new clinic, desperately trying not to make any waves, my new nurse, who hugged me as we parted, said “and as soon as I get the doctor to sign off on your doing treatments without a care partner, we are good to go”. Best. Christmas. Present. Ever. Let’s see what 2016 holds for me and my new partner!