This blog post was made by Henning Sondergaard on September 29, 2016. 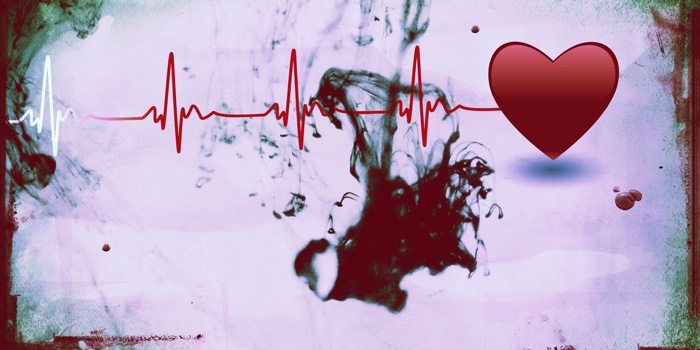 Three months after I started on home hemodialysis I was witness to a sad tragedy. At the time I didn't know it, but this is something that happens on a regular basis to us HHD folks—albeit due to its sinister nature, it only happens once to each of us.

A friend was hospitalized. Not necessarily because he was acutely sick. He needed some tests done on his heart and his vascular system. He had heart issues because he had been on dialysis for over a decade, first in-center and later at home. He died while in the hospital. Or should I say: They killed him while he was having tests so he could have a better life. What killed him was the fact that they refused to dialyze him adequately. Their reasoning was that three times weekly "is what we do because that is what we have always done."

My friend became more and more sick during his days behind the walls of this institution. He was not used to the draconian fluid "management" that goes on with thrice weekly dialysis. He was not used to the 2- day weekend1—also known as the "killer gap." He was not used to short, inefficient treatments that didn’t clean his blood properly and kept him barely alive—and in this case went just over the threshold of what his heart could handle. So, it stopped beating after 50+ years. The very same heart they were supposed to look at and treat, they were not able to keep ticking because of bad dialysis practice.

This is not a one-off.

When I talk to people, I hear about hospitals all over the world that refuse to give home patients adequate treatment. I really hope there are places where home HD folks actually get the treatments they are supposed to. But, I just don't know about it (yet). Personally, I have been told by my hospital that they can't give me adequate treatment because they don't have the (human or financial) resources to do so—all they can offer is thrice weekly-death-dialysis.

For quite a while I have compared in-center dialysis to giving someone with a migraine a pain reliever once a day. But then I heard a doctor comparing thrice weekly to treating a cancer patient with half a dose of chemotherapy, and that is a much more accurate comparison. We have a life-threatening disease and the standard treatment is as little treatment as possible as rarely as possible.

What other field of medicine has such poor standards for treatment? I personally know of none.

What if the aforementioned cancer patient was offered every other chemotherapy treatment unless s/he did the treatment at home and saved the cancer center tons of money by doing so? (Home chemo is on the rise, so this scenario is not farfetched.) There would be an outcry among patients, doctors, and other professionals if such a thing should ever happen. The treatment regime would be changed immediately, and whoever came up with this harebrained idea would face serious legal and moral consequences. As well they should.

My point is that such a ludicrous practice has been going on for more than 50 years in dialysis. And, not only has it been going on, but it is the accepted standard in most of the world. Ever since dialysis was introduced to treat people with chronic kidney failure, the standard has been thrice weekly. Even though home dialysis was initiated in Boston, London, and Seattle in 19642 not too many years after the invention of the first shunt that made it possible to dialyze people with chronic kidney failure. In the beginning, there was a good reason for thrice weekly treatments. They were based on a cost-benefit analysis that included the price of dialysis and the limited number of machines available at the time. But fifty years have gone by, folks. Fifty! And the practice has not changed. Where else in medicine do we use a fifty year old standard when we know of better options? When we know the standard is barely enough to keep people alive—even when they have no co-morbidities. This is nothing short of scandalous! In fact, it might be the greatest perpetuating scandal in modern medicine.

All that aside, what do I personally do when I can't avoid being in the hospital and I am offered such inadequate treatment? I simply tell them I am going home to dialyze on the days in between their treatment days. I don't ask about it, I simply just announce beforehand that I intend to go do my necessary treatments on these days and that I am unavailable for exams and other treatments because my dialysis is the treatment that keeps me alive, and therefore all other treatments are dependent on it. I admit that this attitude is based on a number of privileges that are given to me—or I take them because I can. I live no more than 10 miles away from my hospital, making it easy to go home. I have nurses and doctors who see the advantage of me leaving to do my treatments, because deep down they disagree with the policy of the unit. I have yet not been sick enough to not being able to do it, though I have been in isolation a few times and just up and left regardless. I have not met enough resistance from anyone for me to stop doing it.

Like I said above, I have been lucky enough to be able to do my own treatments so far. But what do we do to get the same adequacy that every type of patient expects when in the hospital? I would love it if we could have a discussion and find some ways to convince nephrologists around the world that they are literally killing us with the inadequate treatment options they provide, both to the majority of their patients who suffer in-center and to us home patients when we need adequate treatments the most.