The Modality Mayhem of Modern Dialysis 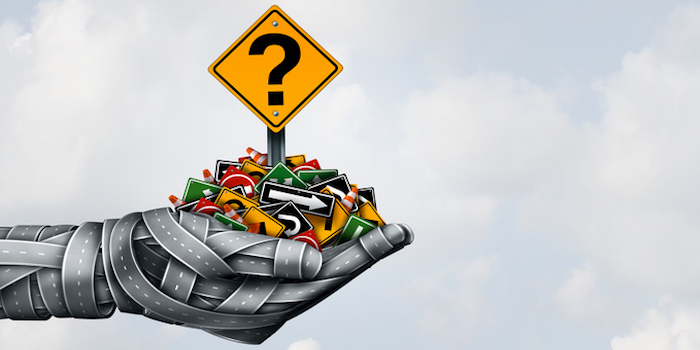 The term used in the dialysis world to describe the various available treatment options is “modality”...but—especially in dialysis—“modality” is an increasingly dirty word. Not dirty as in smutty, but dirty as in confused, confusing, and unclear.

So, what does modality really mean in dialysis 2017? Vanishingly less, I fear, as the margins between options—and within options—become increasingly blurred.

Once upon a time, the term “treatment modality” described one of four relatively clear and well-demarcated choices:

But, then it started to get complicated. Indeed, by 2007, I felt it had become so complicated that I asked Mark Macgregor (UK) and Chris Blagg (USA) to co-author a paper(1) that focused on the developing difficulties (back then) with the burgeoning terminology of dialysis. Little did we know then that it would get worse, and not better, in the decade that followed! Here are just some of the changes since 2007...

I am purposefully glossing over the very early days when PD was done as an inpatient in hospital (commonly 3 days a week by intermittent “stick” catheter insertion) and was called intermittent PD (IPD). Though, it is important to acknowledge that early time of IPD if we are to understand why the term “continuous” was later introduced… The first broadly available PD “modality” was truly continuous, as it spanned a 24/7 delivery cycle. Continuous PD became possible through the technique advances made Popovich and Moncrief, and became known as continuous ambulatory peritoneal dialysis (CAPD).

CAPD ruled the peritoneal firmament for 10-15 years while (in particular) the Baxter conglomerate worked out how to automate the process. In that period, PD was relatively easy: four (or occasionally five) bags a day, using manual exchanges, and delivered almost exclusively by a surgically inserted straight Tenckhoff catheter (TC). Then stuff began to change. Automation slowly arrived, and improved. Odd octopus and gantry-style machines evolved to deliver PD fluid. Different versions of the abdominal TC emerged, some spiral-shaped, some with disc separators, the Toronto Western catheter…all attempting to improve on Henry Tenckhoffs’ original design. Catheters that exited through the skin above the sternum appeared. Soon, automation brought the option of a night-time-only version to PD.

Suddenly, PD split into two primary options: manual 24/7 CAPD, and an overnight 10-12/24 automated PD (APD) choice. But then, sometimes overnight-only APD proved to be not quite enough, so, the option of a single manual exchange during the day in addition to overnight APD seemed to suit some patients better. An array of fluid options emerged. TCs began to be implanted at the bedside, or in radiology, and not the operating theatre. PD was moving, changing, morphing into a smorgasbord of micro-choice.

Now, while PD is still PD, the wide array of differing options can create problems for studies, or for patient educators, when trying to compare one “modality” with another or to assist patients in choosing what might suit their needs best. Is APD really the same as CAPD? Is APD with Physioneal® and/or Icodextrin® the same as CAPD with Dianeal®?

In my view, APD is a different beast than CAPD…and it is sufficiently different to be (at the least) a different sub-modality. Studies should evaluate it in its own right vs CAPD, rather than lumping both together in both studies and registries. Too often, “PD” is referenced as an undifferentiated, amorphous modality when, in truth, the nuances matter.

Next, Haemodialysis (HD): a Proper Minefield

First, there is facility-based 3x week HD. Easy, right? No, wrong! Three times weekly HD delivered at a facility is not a uniform modality: it varies, jurisdiction-to-jurisdiction, country-by-country, around the world. US-style in-facility HD (= 3 x 3.0-3.5 hour) is not the same as Japanese or ANZ-style in-facility HD (= 3 x 4.5-5.0 hour). Note that this supposedly “one” modality actually tries to equate 9-11.5 hours HD/week with 13.5-15 hours HD/week …as if they are the same.

Are they comparable? Probably not, especially when it comes to the incomparable UFR commonly required by each. Yet, they are all-too-often compared and contrasted as if they are the same. They both likely do cut the mustard for a minimum Kt/V urea, though the US model more likely just gets there, while the Japanese/ANZ model more likely well exceeds. But they are chalk and cheese when it comes to comparable (or rather incomparable) rates of volume removal; a distinction that likely matters enormously when it comes to cardiovascular outcomes. Yet, both are often compared as if they are the same. After all, they are both facility-based, and that is often what seems to be taken to matter—and not the quality of the treatment provided.

Home HD is even more complex. While short daily HD (SDHD) can, of course, be offered in-facility—incidentally, a factor that complicates the interpretation of global in-facility dialysis data—it is a common option used (especially in the US) for the delivery of home HD via the NxStage System One. But, while SDHD (at home) is clearly different to long nightly HD (at home), both are often conflated as “home HD.” But, what do each of these really mean?

How can these “modalities” be compared to the Canadian or ANZ 6 x 8 hours/week models of nocturnal home HD? The latter models deliver up to 48 hours of MCT/week with no extended inter-dialytic break. These regimens, often referred to as extended hour and frequency, or “intensive” nocturnal home dialysis cannot fairly or truly be compared with an NHD model (facility-based) that offers less than half the number of hours/week and with a long break as well! Although all are commonly conflated as one overarching therapy (or modality)...NHD…indeed, they are far from the same.

The most common NHD variant in ANZ is the alternate night model (3.5 x 8 hours/week) that offers 28 hours/week without a long break. This is an option that just might be the best compromise of all, though I still struggle (just a little) to put that in writing! But, again, the alternate night home NHD option, along with 3 x week in-facility NHD, and the Pierratos intensive home NHD modality, are all called NHD, and are too often compared, often quite undifferentiated, as if they were like options, or one modality.

Then, if incremental dialysis starts were to catch on, or if haemodiafiltration (HDF) should take root in the US (see this post as well), the modality mayhem would increase even further.

None of this scratches the surface of the smorgasbord of differences in blood flow rates, the vexed issue of blood to dialysate flow ratios, the differing dialysate flow rates in differing HD systems, the variations in dialyser surface area and/or membrane type, the dialysate temperature as a key factor in less symptomatic dialysis, the differences in access and access capacity, and all-important variables like ultrafiltration volume and its relevance to sessional duration through its key intercept: ultrafiltration rate.

So, yes, it is getting messy—very messy indeed. Well-intentioned literature comparisons all-too-often use labels like facility-based, in-centre, PD, SDHD, or NHD, indeed, sometimes just “home dialysis” without even attempting to make a distinction between home PD (CAPD or APD) or home HD (in its many forms and options). Even where the distinctions are made, few attempt to segregate regimens by MCT, flow rates, and/or a likely estimate of the exchangeable volume-past-the-post.

How, then, can our patients negotiate this tangled web to wisely choose their optimum modality when the most important variable of all—lifestyle—enters the fray?

Importantly, too, I have read many patient-to-patient comments and seen much heart-felt advice at social media sites, made without doubt in all good faith and with the best intent, that extoll the virtues and traps in option choice and describe the personal outcomes ascribed to modality “x” or modality “y”, all shared with great conviction—when it seems clear that the options being debated are quite different. Sadly, though, it often seems that these differences go unrecognised. This often adds to, rather than lessens, the confusion as, in response to a plea for help from a new-to-dialysis questioner, long multi-commented “advice” rollicks back and forth…some commenting PD, others describing variants of HD…to the complete confusion of the original question and questioner.

In my view, only four things end up counting:

All the rest is noise!