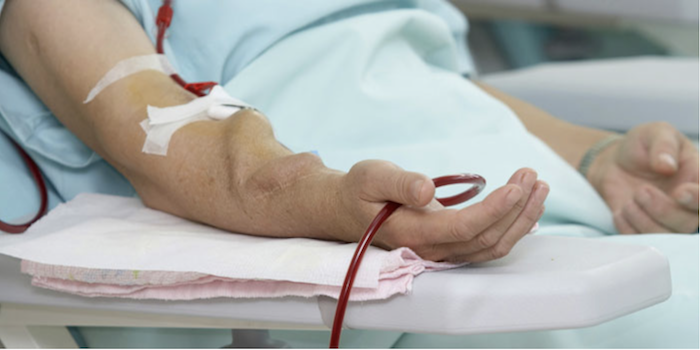 When will US nephrologists learn?

The mean blood flow rate in the US (DOPPS 2011) is ~450 ml/min. The mean blood flow rate in Australia and New Zealand is ~300 ml/min (~36% less). Blood flow rates in Australia and New Zealand are similar to those used throughout Europe, and both are still greater than flow rates used in Japan. Patient session times in the US are also markedly shorter than in any other country. And, patient survival in the US is dramatically less than in any other country—yet patient age, incidence/prevalence of diabetes, and cardiovascular morbidity is no different.

The flawed logic of US dialysis, driven as it is by the twin forces of profit and through-put, is that short, and commonly also infrequent dialysis is somehow "OK." Well, it is not OK. The misguided view that shorter treatment times—only possible if blood flow rates are screwed way up in an attempt to achieve the CMS-approved Kt/V (also a flawed and discredited measure of dialysis) are somehow 'acceptable', is a fallacy that has benighted US dialysis for more than two decades.

Speaker after speaker at the recent Annual Dialysis Conference in Atlanta (February 8th - 11th 2013)—myself included, in all of my four separate addresses to the conference, including the conference-opening Keynote speech—pleaded for longer, more frequent and gentler dialysis regimens.

They might do well to read the literature that confirms these unassailable dialysis facts. They might do well to hear the message—a message given and shared by every dialysis expert—that the only...repeat ONLY...determinant of good dialysis, of a well patient, and of a long-surviving patient, is the time spent each week on dialysis: the weekly membrane contact time.2

They are the poorer if they have not read and understood the potent message about 'time and frequency' left to us by Belding Scribner and Dimitri Oreopoulos3 – the two regarded widely as the 'fathers of modern maintenance dialysis' ('Scrib' for HD and Dimitri for PD). This meaasge was contained in their lightning-rod 2002 paper: The Hemodialysis Product (HDP): A Better Index of Dialysis Adequacy than Kt/V.3

They might even do well to attend the next ADC.

It is self-evident and has been long understood that the NCDS study, the study that spawned the iniquitous concept of Kt/V, got it badly (and sadly) wrong. It was not 'K' that mattered...it was 't'. Boosting K, by employing an ever faster and more furious pump speed to allow the contraction of 't', is incorrect. It kills people! Increasing 't' and, in the process, allowing the speed and ferocity of the dialysis process to be dialled back, saves people. It saves well-being as well as lives.

On a different but parallel plane, the December 2013 issue of CJASN featured a special section on fistula flow and flow dynamics. It emphasised the many causes of turbulence that accompany venous limb endothelial damage and in-fistula stenosis. One of these is the interruption and/or disruption of normal vascular laminar flow that occurs when the venous needle return jets into and against the venous endothelium at the site of venous return, creating physical turbulence and biochemical excitation of nitric oxide production...factors intimately associated with up-stream in-vessel stenosis.

The list is endless, yet somehow, the ignorance goes on. Yet, the cure is so simple that is beggars description that it has been so long ignored. Gentleness...respect for our patients and their physiology, and, above all, time.

Slow it down, America.