This blog post was made by Malcolm Macdonald on January 24, 2018. 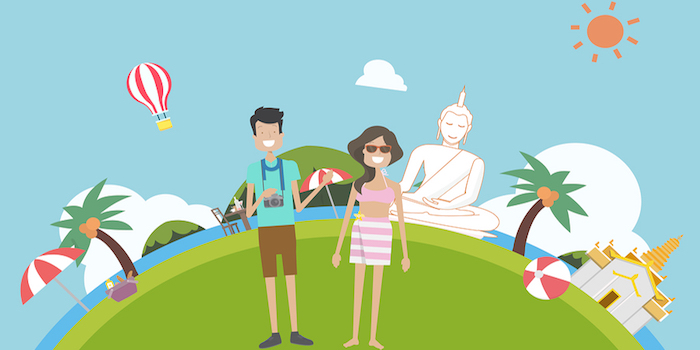 I had known for several years that my youngest son would be getting married in Thailand. Up until last year I had only very limited breaks away from dialysing at home.  For respite, I would try to get out to one and 2-day events, the footy, bands and festivals. I think the longest holiday I had was 7 days. One reason for this is that despite being the beneficiary of a public system here in Australia, with the increasing number of aging patients, resources are stretched to the limit.  So, when trying to get holiday dialysis it is almost impossible.  The other reason was that I had lost my confidence.

Even though I do nocturnal Haemodialysis around 4 or 5 nights a week at home while I sleep, still I found myself a prisoner of the machine, an inmate, with a ball and chain that had a maximum length of 3 days! The situation had grown steadily worse for the last 16 years. I really had no intention of going to Thailand and was going to send my oldest son as my proxy.

But the year before last, my fiancée’ Donna insisted she was going to Tasmania in 2017, whether I was coming or not!  So, with a lot of mucking around to wangle dialysis I went too, and loved it. Before even heading home I announced to Donna that I might just go to my son's wedding, if she would come with me! Here is our story, in 2 parts. 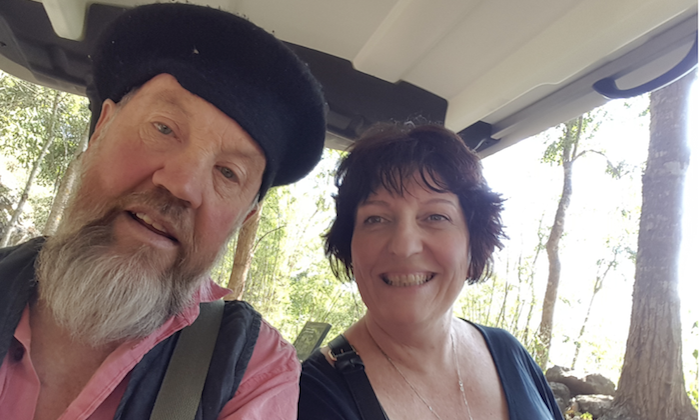 The plane really took it out of me and it was only about halfway through the next day that I came good. I did not look back. Temples, dinners out with our hosts. Dialysis went like a dream!  The clinic had all beds, and grateful, I slept 3 out of the 4 hours. Then, we scrambled for the train to Kanchanaburi—to find we had missed it by going to the wrong station! We had a taxi race through amazing parts of old Bangkok to get to bus station, then caught a train to Nam Tok to go to Hell Fire Pass. Over-awing! The train, though aged, was quite fast and comfortable, and it felt like we now were seeing the real Thailand. There was a great night market for tea.  We enjoyed every bit of it and were both amazed at how well I was going. 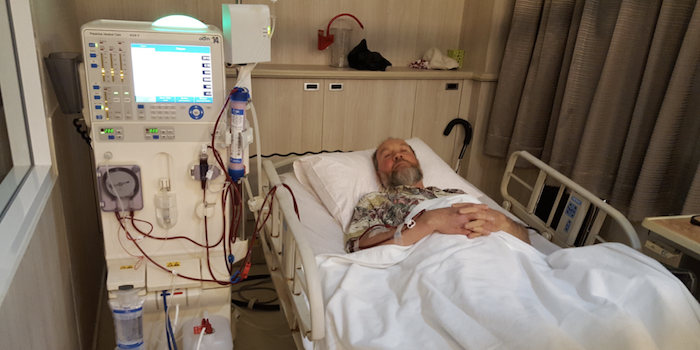 We had an early morning start to get the train from Kanchanaburi to Hua Hin in time for dialysis.  This wasn't some swanky hotel style unit like in Bangkok; here we were at the coalface where the Thai government is providing funds to improve the health of even the poorest people.  Earlier in the day we visited the WW2 Soldiers cemetery to honour the uncle of a good friend.  Very moving. Geordie and Gifts’ wedding began with an engagement.  Geordie looked like a prince in gold tunic, burgundy bloomers, white socks and shoes. Gift was adorned in a gold dress covered in a large brooch and other jewelry. Late in the afternoon, they had a Western style wedding on the beach. 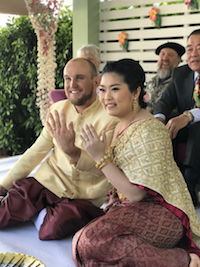 The next day, we had a very early start, with a car taking an hour to get me back to Hua Hin for dialysis.  I met Donna at the station, where we caught a train to Sarant Thani.  It was late and we missed our ferry to Koh Samui. We felt we were in no man’s land as we were directed to an old tub in the darkness with men loading 44 gallon drums of off it. Finally we made it.  My whole relationship with my fiancé Donna seemed different.  Much more relaxed, richer, enjoyable.  I could not believe that I could find this at my stage of life.  It made me want to live forever.

We had another early start as we flew out of Koh Samui and arrived in Yangon (Myanmar) and called Pun Hlaing Siloam hospital.  “Yes, come straight in, we will dialyse you now.” A private hospital, but seemed to be taking public dialysis patients.  Also, cute new Nipro dialysis machines to boot. The trip to my cousin's apartment gave me a good cross section of life in Yangon.  You could really grow to love the city. Donna was lounging by the pool, the 27th floor apartment had a two-story lounge with a chandelier, and our bedroom was fit for a king! There were pagodas and stupas everywhere.  The city seemed to be centred around the large one, but many religions were represented here, Islam, Catholicism, Judea, and more. Seventeenth street was an amazing hive of industry and activity: from every variety of bananas, to noodle makers still using machinery that is 100 years old. Most were very welcoming and happy to have their photos taken. We lunched at the historic Rangoon Tea House. 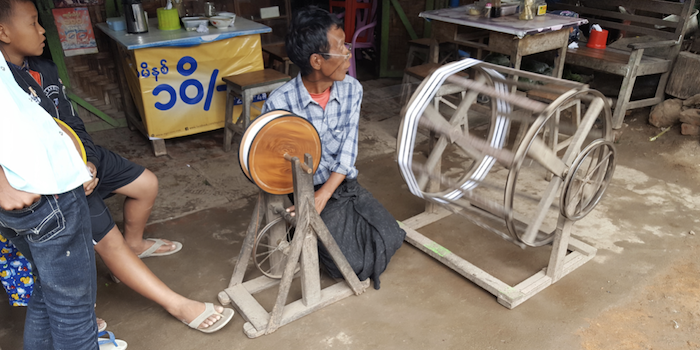