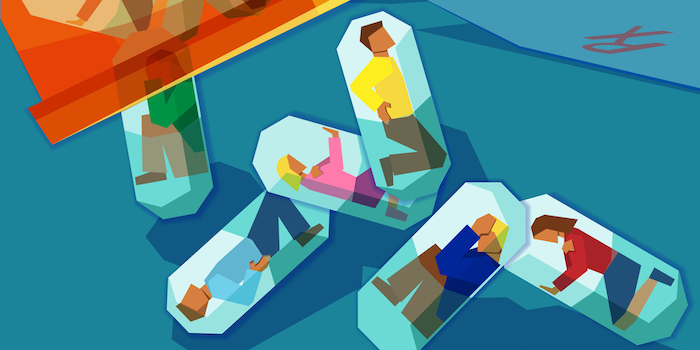 A recent study examined opioid medication prescription patterns from claims data in the United States Renal Data System between 2006-2010. The authors found that 60%+ of dialysis patients were prescribed one or more opioids each year, and 20% had at least one 90-day prescription each year. Most of the prescriptions in the study were for hydrocodone, oxycodone or tramadol. Among the 2010 patient cohort, even those with 1-89 days of opioid medications had higher rates of hospitalization, death, and withdrawal from dialysis. Reading that study led to this blog.

The History of Pain Management

For years, pain was largely ignored and not routinely assessed in any patients, much less those on dialysis. Starting in 1990, an effort was made to bring more attention to acute and chronic pain. Pharmacy manufacturers marketing newer pain medications reportedly led doctors to believe the drugs were not addictive. In 1996, the American Pain Society called for pain to be the 5th vital sign. In 1997, the Food & Drug Administration started to allow direct-to-consumer marketing. Patients in pain began asking their doctors for medications to relieve their pain.

In 2001, the Joint Commission established standards recommending that providers assess adult patients for pain. Since 2006, patients discharged from a hospital have received the HCAHPS, a patient satisfaction survey that includes three pain questions. According to the Agency for Healthcare Research and Quality, 73% of discharged patients (not all on dialysis) reported on that survey that they had pain in the hospital that required medication.

Starting in 2008, the ESRD Conditions for Coverage required dialysis facilities to offer patients a health-related quality of life survey. That survey, the KDQOL-36, asks home and in-center dialysis patients “During the past 4 weeks, how much did pain interfere with your normal work (including both work outside the home and housework)?” Staff began to identify how many dialysis patients had pain and to recognize how much their pain interfered with their lives. Pain can affect sleep and cause depression, both of which can lead to bad outcomes.

In 2009 the Mid-Atlantic Renal Coalition and the Kidney End of Life Coalition (now called the Kidney Supportive Care Coalition) developed a brochure called Clinical Algorithm & Preferred Medications to Treat Pain in Dialysis Patients. At the same time, there are risks to the use of opioids in dialysis. A recent study found a link between opioid use and a higher risk of hospitalization, death, and withdrawal from dialysis.1 Are these negative outcomes the result of the use of opioids—or of the underlying pain that led the doctor to prescribe and the patient to take opioids? We don’t know.

Home dialysis may reduce some pain symptoms. However, there are conditions that cause both in-center and home dialysis patients to want relief from diabetic nerve pain, arthritis, osteomyelitis, access and other surgery, etc.2

The Clinical Algorithm brochure suggested that pain can be assessed using a numeric 10-point scale or with a screening tool showing a series of 10 faces. Levels of pain range from no pain (0), to mild pain (1-4), to moderate pain (5-6) and finally to severe pain (7-10).

The brochure noted that pain may be acute (short-term) e.g., following an accident or surgery, or chronic (long-term), and outlined two types of pain:

Finally, the brochure suggested that doctors consider the type of pain when deciding which drugs or other treatments to prescribe. A ladder for different levels of pain medications and which ones were preferred for dialysis patients at that time was included. The use of some of these drugs is being called into question today. One bullet said, “Refer for non-pharmacological interventions as appropriate.” Yet, no options for these were included.

In 2016, the CDC published its CDC Guideline for Prescribing Opioids for Chronic Pain and a fact sheet based on that guideline. It The guideline includes 12 recommendations in these 3 areas:

The CDC guideline offers cautions for use of opioids and nonopioid medications in people age 65 and older and those with decreased kidney function. It includes a section on the effectiveness of nonopioid and nonpharmacological treatments for pain.

Today almost daily you read or hear about the “opioid crisis” or “opioid epidemic” in the U.S. There is no denying that a growing number of people die from opioid misuse/abuse. According to the National Institute on Drug Abuse (NIDA), more than 90 people die every day from abuse of prescription opioids, the synthetic opioid Fentanyl and heroin. In 2015, more than 2 million people abused prescribed opioids and almost 600,000 were addicted to heroin.

According to the CDC’s U.S. Prescribing Rate Maps, from 2006-2012, there was a steady increase in the rate of prescriptions dispensed by retail pharmacies for opioids per 100 patients from 72.4 in 2006 to 81.3 in 2012. However, as the opioid crisis has grown, there has been greater scrutiny on physician prescribing patterns and a decrease in the number of prescriptions dispensed for opioid medications. This rate declined from 78.1 in 2013 to 66.5 in 2016. The number of prescriptions for opioids dispensed by retail pharmacies in 2016 was almost 215,000. In 2016, CNN did a story describing how patients who are initially prescribed opioids can develop a tolerance to the drug requiring them to take more for the same effect, then they develop an addiction to the opioid and if cut off, too many start taking heroin. Opioids cost $1 per milligram—while heroin costs about 1/10 that price.

Dosing and Dialyzability of Opioids

Some opioids are removed from the body through the kidneys. When kidneys are damaged, the dose of some drugs should be reduced. Some drugs are known to be removed by HD or PD—and more frequent and/or longer HD treatments might remove more of the drugs. Whether dialysis removes other drugs is unknown.7

Alternatives to Opioids in Pain Management

Some over-the-counter (OTC) medications are unsafe for people with kidney disease and kidney failure. According to the NKF, people over 65 and those with high blood pressure, kidney, heart, or liver disease should avoid non-steroidal anti-inflammatories (Advil, Aleve, Motrin, etc.) unless doctor ordered. The most commonly recommended OTC pain medication is acetaminophen (Tylenol®) when taken according to package instructions.

According to the National Center for Complementary and Integrative Medicine, one of the National Institute of Health provides on its website information on Chronic Pain: In Depth where they review the evidence for other pain management approaches:

Headache – acupuncture has the most evidence of effectiveness; others that have limited or inconsistent results include biofeedback, massage, relaxation techniques, spinal manipulation, and tai chi; the American Headache Society says Butterbur is effective and Co-Q-10 may be effective in preventing migraines

Fibromyalgia - tai chi, yoga, mindfulness, and biofeedback show promising results and Vitamin D may help those deficient in Vitamin D, but there is no convincing evidence that homeopathy helps

Irritable bowel syndrome – hypnotherapy and probiotics show promise, but there is only weak evidence that peppermint oil helps

Many people, including those on dialysis, suffer from pain. A growing number of people are addicted to and dying from misuse/abuse of opioid drugs. We can’t stop assessing for and treating pain but we need to do more to avoid setting people up for addiction. There are many other ways to help CKD and dialysis patients manage pain and even some over-the-counter pain medications are safe when taken as prescribed. However, nonpharmacological treatments described above may provide benefit without many of the risks of pharmacological treatments.

More needs to be done. Medicare Part D covers medications, including opioids. However, Medicare doesn’t cover such nonpharmacological treatments as acupuncture, massage, exercise, and yoga. It’s time that state and federal policymakers looked at these effective nonpharmacological treatments and change policies that would allow Medicare and other insurance plans cover them. Doing this could improve patients’ physical and mental health, help them maintain their jobs, and save lives and dollars. We must do more than launch another advertising campaign that tells people to “Just Say No.” We tried that before and it didn’t work.