Interpreting eGFR (and Other) Blood Test Results in CKD 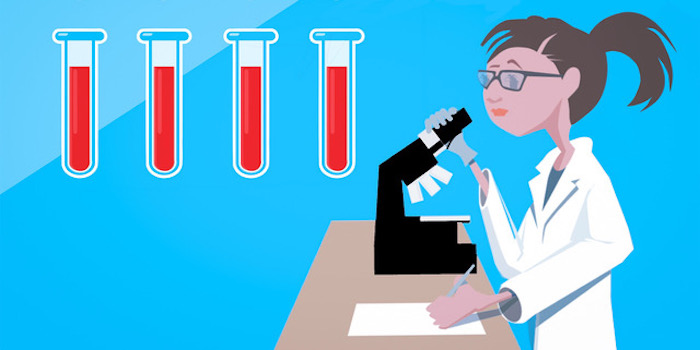 I recently saw a post by a clearly frightened CKD3-4 patient in the HDC Facebook discussion group that read:

Seeing this has prompted me to write this post to try to correct the clear misconception that a change of a single point in an eGFR spells disaster…or, indeed, spells anything at all.

The post clearly reveals some anxieties around some mid-levels of CKD that may well be unfounded. I shall also try to allay some of those fears—or at the least, soften them.

First to the misconception: The posting (aghast) of an implied “crash” in eGFR from 35 to 34 in the space of 2 weeks, with capitalizations and multiple question marks, suggests a sense of panic that this result implies the patient’s renal function is in jeopardy. This is simply not so.

This misconception is based on the simple principle that a human is a biological animal, not a machine. A machine is designed and built to be reliable, reproducible, regular, and predictable, but a biologic system is meant to vary…indeed it is built to vary.

A biologic system must be able to detect and adapt to changing conditions in its external and internal environment. There are many external stimuli: temperature, humidity, altitude, barometric change, etc., all of which demand interpretation by and adjustment in the internal biologics of humans. Our internal environment changes, too, depending on our fluid and food intake (or lack of it), exercise, position (erect or supine), and even on the time of day or night (seen in our diurnal rhythms).

Look at any biochemical value and you will find a range. For example, the normal serum potassium ranges from 3.5 to 5.0, and our serum level will wander up and down within that range, depending on the internal/external milieu in which we find ourselves at any given moment. So, if the serum potassium changes from 4.5 to 4.2, there is no cause for alarm. Likewise, if the serum creatinine changes a few points—up or down—it means nothing more than a likely change in either the internal or external environment. Indeed, small variations in the creatinine level is often as a result of even more than just environmental factors, as I hope to show.

The serum creatinine, and any measure drawn from it, like the true GFR and the far more notional “estimated” eGFR (for eGFR is but an estimate) is not an immutable measure.

Consider some of the factors that impact lab measurement of a serum creatinine:

For example, two labs measuring serum creatinine, let’s say one in Utah and one in Maine, may use different assays (Jaffe or enzymatic), or a different reagent version of the same assay…e.g., one using a Jaffe kit “A” and the other using a Jaffe kit “B.” These two laboratories will likely give quite different values—with the very same blood samples. Now, extend this over many states with differing lab test standards, and you will get the picture.

Indeed, the differences can be much greater than this. In a recent paper,1 a 60 year old man with a creatinine assayed by one Jaffe kit was 1.12 mg/dL, while the value from a second Jaffe kit on the same blood sample was 1.32 mg/dL. These two results yielded very different eGFR calculations: one was 71, the other was 58 ml/min/1.73m2.

The list is much longer, but you are likely getting the picture…

So, before getting too anxious about a single percentage change in a derived number like an eGFR, remember that this likely means NOTHING! The eGFR will rise and fall within a range of maybe +/- 2 on either side of its’ mean. It will vary, as it is a biologically derived number, but these small changes do not necessarily indicate a real or clinically significant change in renal function. The too literal interpretation of minor “wobbles” in any lab result can generate anxieties that are, in truth, unfounded.

You can now see why that question, aghast with its tone of panic… “HOW in the hell did my eGFR drop from 35 to 34 in under 2 WEEKS ?????”…becomes less concerning. It is, statistically, just a mathematical variation. So, for those feeling anxious about a 1-2 points change (up or down) in an eGFR: don’t be. Established trends over time do matter, but individual one-off changes rarely do.

Finally, to the second “aaaargh” contained in the question: the implications to be drawn from an eGFR in the mid-30’s. Before becoming too anxious and a-feared of an eGFR in this range, much more information is needed to know if the anxiety is rational or not. An eGFR in the mid 30’s, without other significant signs of renal disease: no proteinuria, no diabetes, no (or easily controlled) high blood pressure, a normal ultrasound, and particularly in a person in their 70’s or beyond…likely bodes little major risk for progressive renal disease.

In other words: a low eGFR alone, in older people, is rarely problematic of and in itself, though there is some evidence that even modestly reduced renal function may super-add some risks to diseases of other organs.

But in the shocked question that stimulated this blog response, the questioner did not state an age, or a gender, or whether the low eGFR was accompanied by other significant partner signs of renal disease. No context was given, yet context matters greatly. If other risk factors are present, then, yes, in due course, that low-ish eGFR may become a problem if it progressively further diminishes over time. But, an eGFR level alone tells us little or nothing about risk, future, or outcome.

Suffice to say that the over-interpretation of test results without other inputs is fraught, to say the least. We should remember this when talking test results with our patients, for once they hear ‘a number’, little else will be heard beyond it as their minds race from misconception to panic.

A calming explanation and understanding is what is needed most.

NOTE: For those wishing to understand this more, good (but complex) references are: