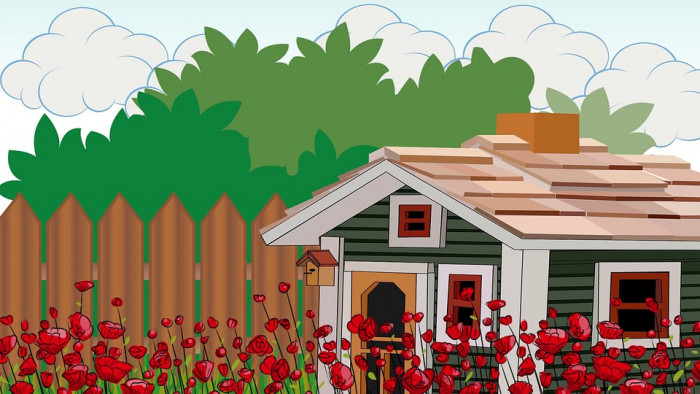 It was 1976, and I was tired of being rotated to the night shift in the hospital where I was employed in Kansas City, Missouri. An ad said, “RN needed, NO Sundays or nights.” That was all I needed to know: I had never seen dialysis, but NO SUNDAYs made it worth taking a chance.

In 1972, Section 299 of Public Law 92-603 created the National End Stage Renal Disease Program (ESRD) that extended Medicare benefits to cover the high cost of medical care for most persons with ESRD. 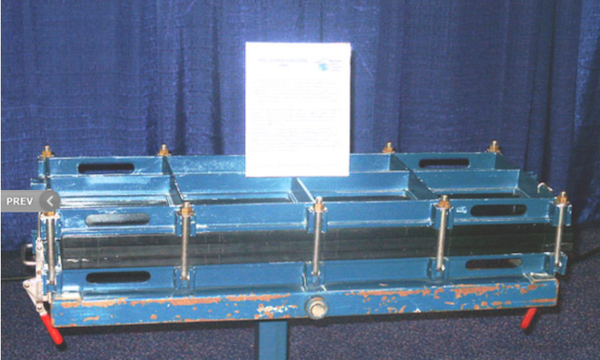 Kansas City Dialysis & Transplant Center (KCD&T) was the dialysis unit where I was employed in 1976. The nephrologists had been part of a trial outpatient clinic at General Hospital. This was the first and only freestanding outpatient dialysis clinic in the Kansas City area; all others were hospital based.

Dr. Belding Scribner had opened the first official dialysis clinic in Seattle, WA in 1962. By 1973, 40% of his patients were doing their hemodialysis treatments at home. (Photo: Kiil dialyzer)

At KCD&T in 1976 there two shifts of patients dialyzing 6 days a week for 3-3.5 hours, using external AV shunts, bovine grafts or AV fistulas. 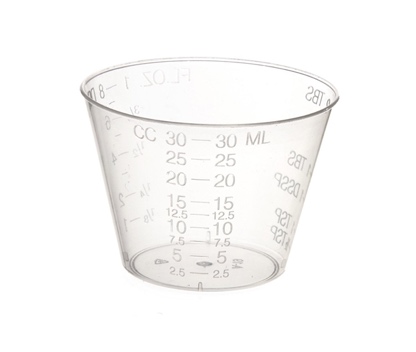 Dialysis units were quiet in 1976. The machines had very few alarms to make noise. There was NO monitoring of arterial access pressures. There was a high venous pressure alarm, but it could be moved—so, if it alarmed too much, sometimes it was moved to allow a higher pressure. There was NO air detector on these machines. A chamber for the venous blood had an electric eye that monitored the level of blood. But, this electric eye did not see air bubbles. So, the chamber could be full of foamy air and it would not alarm! Dialysis nurses in 1976 were proficient at responding to a patient with an air embolism. Luckily, nurses today will most likely never see one. The increased number of alarms in dialysis units today are because of the increase in safety features. 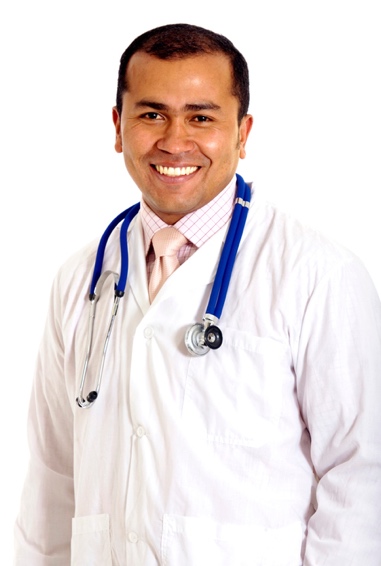 The patients all walked into the dialysis unit, no one used a wheelchair, no one had diabetes. Most had ESRD from hypertension, glomerulonephritis, congenital abnormalities or polycystic kidney disease (PKD). There were several sets of siblings who had PKD. The oldest patients were in their 60’s.

Nephrologists were on site during all dialysis treatments. Several months after I went to work at KCD&T, a Monday-Wednesday-Friday evening shift was started, and there was a nephrologist on site every evening until the last patient was off the machine.

At this time, there were several patients doing home hemodialysis (home HD) at this clinic, this was common for all of the hospital based programs in the area also. These patients used a machine exactly like the one in the clinic and a large water filtration system was installed in their home. No one said “hemodialysis,” because there was only one type of dialysis, and that was hemodialysis.

Over the next few years there was discussion of another type of dialysis that had previously only been used for inpatients and was not available for home: peritoneal dialysis (PD). Great strides were being made in Toronto, Canada/Seattle Washington and Montpelier France in the area of peritoneal dialysis as a home modality. 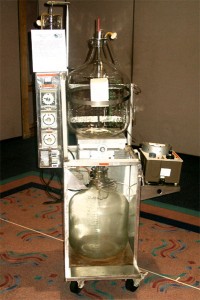 This was exciting, seemed to be the answer to so many problems, and PD was going to be a miracle treatment for patients with ESRD. A wise nephrologist told me to wait and see; it wasn’t going to be the answer for everyone. At that time, the importance of residual renal function and muscle mass and its impact on adequacy was not understood.

Because people did not need a caregiver, there were no needles, and training was shorter, PD became popular very quickly. PD became even more popular when the cycler was introduced and dialysis could be done while sleeping; a blessing to people who were trying to work, raise families, essentially have a life.

While PD was taking off, home HD slowed down and was only used for large patients or patients for whom PD was contraindicated. But, at this same time, the number of outpatient dialysis clinics was increasing, so the need for home HD was not as great. The real advantage had been for people who lived a distance from a clinic.

In 1987, a for-profit dialysis company, National Medical Care-Biomedical, purchased the physician owned KCD&T clinic. At that time health care was health care, the idea of “for-profit” was unheard of. Now, more than 30 years later, the majority of health care institutions are for-profit.

Not long after the “for-profit” model became the norm, another exciting idea was introduced. This was the concept of high flow dialysis, meaning a treatment could be done in a shorter length of time. Treatment times dropped from 4-5 hours to 2-3 hours. Of course, ALL patients were on board for this change—but eventually it was learned that this fast-paced, assembly line dialysis was not in their best interests long term. In theory it seemed like a good idea, but in reality it left many people underdialyzed!

The 2 changes I saw that I felt had the biggest impact in for people with ESRD were: 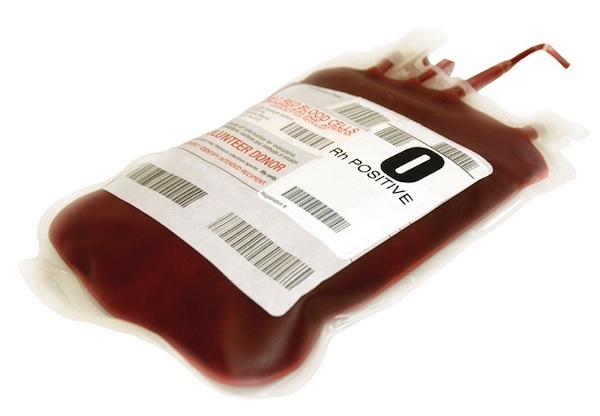 Through the years, I changed jobs several times. I did acute dialysis for DCI, then went to work with veterans at a Veterans Affairs Medical Center as a CKD educator and Transplant Coordinator. The VA continued to support a small number of patients on home HD, and even had paid partners for a few of the patients.

I observed that the common denominator of patients who did the best were those who dialyzed at home, whether with PD or home HD. The home HD patients tended to look better, have better outcomes, and simply be living their lives to the fullest. Their treatments continued to be done with conventional equipment, and, for the most part, for 3 days per week, even though there were a few who would dialyze more frequently because they knew they felt better.

For a short time in 2003, I was a Kidney Patient Educator for Baxter Health Care, teaching CKD options in classes, one-on-one in the home or clinic setting. Studies showed that of people with CKD who were educated about their options, 50% would choose a home modality. At this time, the options were essentially conventional in center hemodialysis, CAPD, CCPD, or, in rare clinics, home HD. I would encourage everyone I educated to stay abreast of new options, telling them

I thought that in the next 5-10 years the CKD options would be changing dramatically. 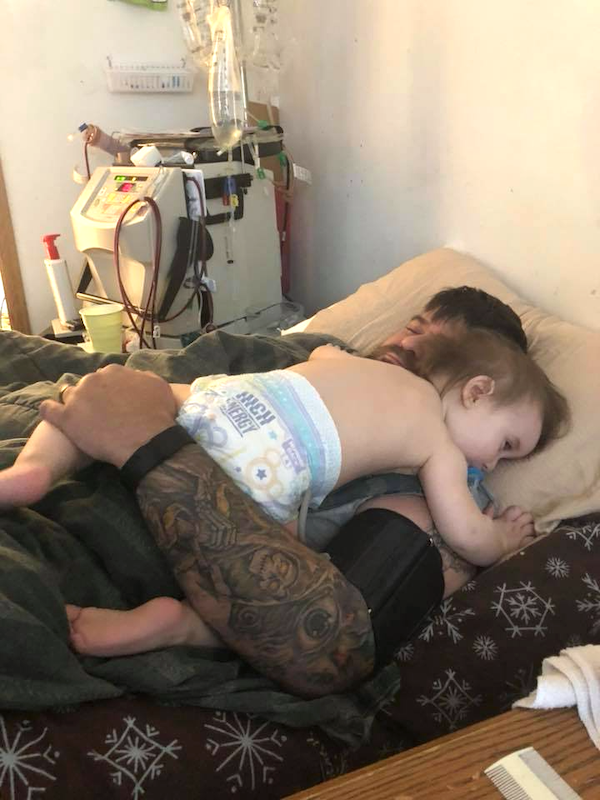 I became a Clinical Educator for NxStage home hemodialysis division in 2006. In 2005, the FDA had approved clearance for a new technology for home HD created by NxStage Medical. Until this point, conventional equipment was essentially being used off label for home HD. Suddenly, the nephrology world was excited about home HD again. Not only was the NxStage System One (NSO) made for patients—not nurses & technicians—but it also introduced a new therapy. Home HD with NSO used a dialysate rate slower than the blood flow rate, the opposite of how hemodialysis had functioned in the past.

In addition to a slower dialysate rate, the frequency of treatments was increased to 6 days per week. This was mind-blowing for the nephrology community: the entire process of how hemodialysis worked was being challenged. Yet, numerous studies showed that this new therapy improved outcomes, quality of life, improved cardiac status and patients essentially just felt better. NSO was also small enough that patients could travel and do HHD, which was also new.

The notion of running the dialysate slower than the blood flow was new, but the nephrology community acted like the idea of doing hemodialysis at home itself was new—rather than coming full circle.

In 2014, NSO was approved for nocturnal home HD with a partner. This was huge: it made long, slow hemodialysis a reality for the person who was working, had a family etc. It freed up their days and evenings so they could live their lives.

In 2017, NSO was approved for solo home HD, which opened doors for more people to do home HD who did not have a partner or did want to ask a family member to commit to being their partner. At this time 15% of home HD patients reported that they were already doing solo home HD, but now they could be honest about it and have more safety features implemented.

While home HD was being reintroduced to the nephrology world, there was much resistance. Change is hard, and this was a big change. “Home dialysis” departments had actually become PD programs, which were staffed by many nurses who had been there and done hemodialysis in the in-center setting or nurses who had only PD experience. Neither group was anxious to teach home HD. I couldn’t blame them; it was a difficult transition. The home clinics that thrived early on had nephrologists and nurses who were excited to think outside the box and offer their patients more options.

The number of home HD patients has continued to grow, but unfortunately the number of people who do any dialysis at home has still not reached the predicted numbers.