From Nephrology to “Healthcare”: Reflections on Attending the IHI Meeting

This blog post was made by Dori Schatell, MS, Executive Director, Medical Education Institute on December 11, 2014. 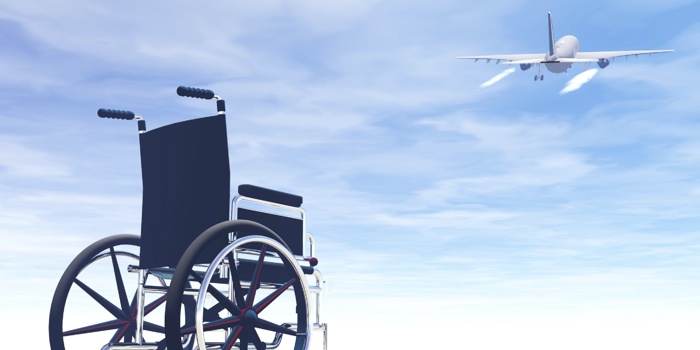 I’ve traveled a lot this fall, and noticed that just about every time I get off of an airplane, there are at least five wheelchairs waiting. What does that have to do with the experience of attending my first annual meeting of the Institute for Healthcare Improvement (IHI)? Quite a bit, as it turns out.

The IHI is the darling of CMS, which has enthusiastically embraced (but changed the name of) the IHI’s “triple aim” for healthcare improvement :[1]

In fact, Don Berwick, MD, the former President and CEO of IHI received a recess appointment from President Obama to lead CMS and the Center for Medicare and Medicaid Improvement—a shining time at CMS (IMHO) that ended when he resigned due to partisan bickering. (Who would want a visionary expert in healthcare improvement to run CMS? Apparently only half of Congress…)

As the IHI rightly points out, the US has the most costly healthcare in the world (using 17% of our GDP). And, we have some of the worst big picture outcomes in the first world :

When Chris Sarfaty, a renal social worker and passionate IHI attendee invited me to become part of a panel she was planning to propose to IHI with Richard Gibney, a nephrologist who has transformed his practice entirely, based on his IHI learnings; Britt-Mari Banck, a nurse from Sweden who has set up a fabulous in-center self-care clinic; and Nancy Spaeth—one of the longest-surviving ESRD patients in the U.S., I was honored. And, if I do say so myself, we put on a terrific workshop!

And, then, there we were at the meeting. Well, kind of . IHI supports itself in part through this meeting—which costs $1,200. So, the 5,500 or so attendees represented about $6.6 million in revenue, but they did not comp the travel or meeting registration for all speakers. Our group of five got two registrations, and Nancy got a third as a “Patient and Family Advisor.” So, MEI got a booth, and I went to the keynote talks and faculty reception (which was wonderful).

There were a lot of bright spots. So many passionate, curious people who wanted to improve healthcare! So much focus on improving the patient experience! Fabulous “blue shirt” staff who answered questions, guided us to sessions, and went out of their way to make sure that everyone’s needs were met! Listening to keynotes from Maureen Bisognano, the IHI CEO, Atul Gawande (!!!), Robin Roberts (from Good Morning America), and Don Berwick himself was a huge plus. And, meeting Maureen and Don at the faculty reception was the biggest thrill of all. I got to show them both our dialysis decision aid, My Life, My Dialysis Choice, which asks the key question of the meeting for patient engagement: “What Matters to You?” 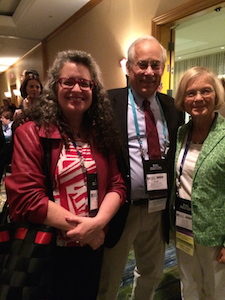 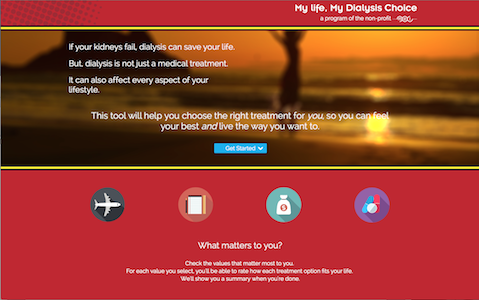 But, I live and breathe chronic disease. Half of us Americans have at least one (which generates 84% of U.S. healthcare spending), and 7 of our top 10 causes of death are chronic.[5] One third of us are obese. Half of us don’t exercise. Chronic disease is an enormous healthcare problem—but, as far as I can tell, it is largely ignored by IHI, despite the “health of populations” part of the triple aim . There was just one session on CKD at the meeting, plus our preconference workshop, which had 7 attendees. In the exhibit hall, we had the only booth that focused on a chronic disease.

In Maureen’s talk, about adding the “and” to healthcare (“Quality and cost” “Health and Healthcare”), I have to admit that I cringed a little when one of her examples was improving the flow for joint replacement surgeries, which are, apparently, a huge growth area in U.S. medicine. Why not address the root cause—obesity and a highly processed, chemical-laden, genetically modified food supply—so we can live out our lives with our original joints? Chronic disease and obesity may be why five people getting off of every airplane need wheelchairs!

CKD, in particular, is one of the most costly conditions CMS covers. Ten percent of the Medicare population has CKD—which accounts for nearly 20% of total Medicare costs.[6] End-stage renal disease (ESRD) costs rose to $28.6 billion in 2012—or 5.6% of the Medicare spend. So, CKD plus ESRD use a staggering 24% of the total Medicare budget.

And, do we get good CKD outcomes as a result? Well…no. No, we don’t.

So, overall? My impression from this meeting is that right now, “IHI” more appropriately stands for Institute for Hospital Improvement—not healthcare improvement. Since any of us could be in the hospital at any time, it’s certainly important to ensure that hospitals are safe places to receive high-quality care. But, it would be amazing to see the IHI devote some of the same passion and resources that hospitals now enjoy to primary prevention of chronic disease . In fact, I wrote this on their idea board. I hope they’ll think about it. 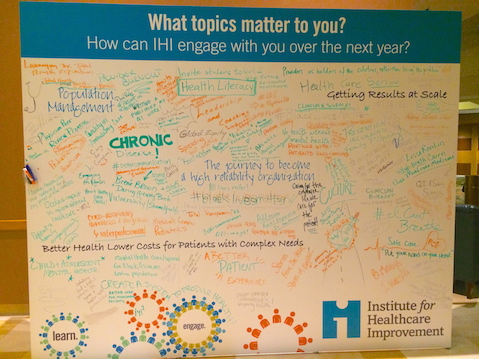