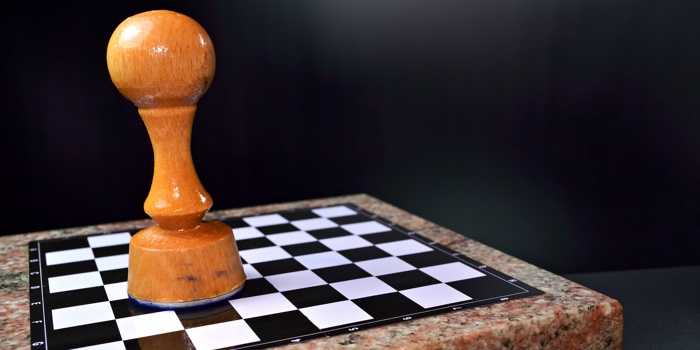 Do you have days when you get an overwhelming feeling of, “why do I bother?” I think we all do, from time to time, and today is one such day.

In the last 24 hours, the faith I have always had that somewhere, somehow, in the immense firmament of dialysis, I might be able to make a small difference, has been hit by not just one, but two uppercuts. Floyd Patterson-like (the first real heavyweight “scalp” of Mohammed Ali, for those of you who don’t recall), I feel that I am sagging on the ropes! Both demand a separate blog post, but which to do first? The Absurd? Or, the Sad?

The absurd cuts to the heart of a life-long belief…that we, as humans, deserve choices, options, and pathways that recognize the diversities of life, that allow us to reach the fullest and best potential each of us can reach—and to be aided to achieve those goals.

The “Sad” extends yet further the publication myths and misinterpretations of what was, to be truthful, a brave but predictably failed attempt to perform a Randomized Control Trial (RCT) on dialysis modalities (in my view, both unrandomizable and uncontrollable). It is sad in two ways: first, the publication of a second round of doubtful science, and second, that it was published under of the authorship of several good, firm, and respected friends; friends who I have a sneaking suspicion are wishing they were elsewhere.

In 2003 (or was it 2004?), I was among a small band of Australian and New Zealand invitees to the Observatory Hotel (a very swank joint) in the lee of the Habour Bridge in Sydney, there to be wooed by Fritz Port and his team from Ann Arbour, Michigan. They had come to Australia to persuade us to join the DOPPS study as it extended its international country list from the 3 or 4 that made up DOPPS I, to 12 countries (DOPPS II).

DOPPS II has been a bold, prospective, decade-and-a-half comparison of dialysis practice across the OECD dialysis world, the stated aims of which have been to:

So, DOPPS was laudable, and badly needed. I (we) had a sneaky suspicion at the time that the DOPPS process had been hatched out of a growing dissatisfaction back home in the US with some of the outcomes (and lags) within US dialysis.

But…the DOPPS study design was to be LIMITED TO centre-based dialysis.

“Hey,” chirped all the Aussies and Kiwis, “the combined bi-national modality mix in ANZ is 15% on home HD, so, if DOPPS only looks at centre-based care, the best 15% of ANZ patients (our data here clearly confirmed our home HD contingent as ‘the best of our best’) would be excluded!”

We argued—forcefully but unsuccessfully—that this might mean that DOPPS would “miss the signal” from two home-friendly contributing nations where home HD was robust and common-place.

“No,” said Fritz and his Ann Arbor team. “We cannot include home HD, as you (meaning ANZ) are an anomaly on the world dialysis stage, and after all, there is little or no home HD in the US (then <0.4%), so what does home matter to us? It would simply ‘dirty’ the data.”

Grudgingly, and it really was grudgingly, we agreed. But…and I would make this point here and now, since that time, all DOPPS-published data on ANZ HD EXCLUDE our best 15%. Even then, I would argue, when any DOPPS paper appears, ANZ performs creditably well from our (arguably less well) lower 85% of patients. That is but the lead-in to “The Absurd.”

Scroll back 5 paragraphs! Read its last sentence again! “… this might mean that DOPPS would ‘miss the signal.’” Miss the signal? How prophetic. Synonyms might be “Ignored,” “Suppressed,” or “Willfully disregarded.”

And so to 2015-2016, and the impending release of the Arbor Research “Decision Aid” (1). This tool, still in production phase, aims to assist patients in their choice of which dialysis to embrace, or, as my introduction states, to learn of the “… choices, options, and pathways that recognize the diversities of life, that allow each of us to reach the fullest and best potential each can reach – and to be aided to achieve those goals.”

I reproduce here the opening sentences of Arbor’s “Patient-Centered” Outcomes Research Institute (PCORI) Project Summary titled: Selection of Peritoneal Dialysis or Hemodialysis for Kidney Failure: Gaining Meaningful Information for Patients and Caregivers(1) … a “decision aid” project with, mind you, a cool US $1.8 million in funding.

“Every year, more than 100,000 patients start dialysis to treat kidney failure in the United States. Two types of dialysis are available: hemodialysis (HD) and peritoneal dialysis (PD). HD is done with a machine in a dialysis clinic. PD can be done at home, if the patient or family is willing to perform his or her dialysis treatments. …based on specific clinical parameters and a patient’s needs, one of the two dialysis types is usually going to be a better fit for a given patient.”

Really?! Just two options? HD in a centre, or PD at home? …and, that’s all there are?

There are times when I despair that the message will ever hit home; if it will ever be possible to “turn on the lights.” That there are just two dialysis options— centre-based HD or PD—is patently absurd.

It insults, brushes aside, ignores, and “willfully disregards” the users of dialysis, the patients, and is especially dismissive of the many home HD patients who enjoy the freedoms and benefits of HD in the home.

More, it rolls back US dialysis, yet again, into the dark places in which it has lurked these 5 decades past.

Emotionally exhausted, I will hang up my thoughts till next week…my Mohammed Ali “uppercut #2.”