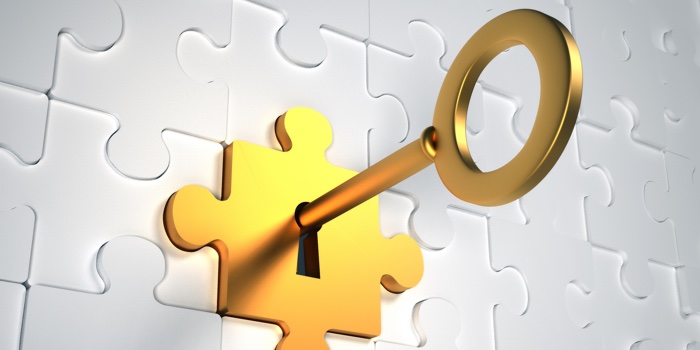 Compared to the general population, people with chronic kidney disease are at marked increased risk for cardiovascular disease and bone fracture. Standard in-center hemodialysis itself can cause organ stunning. Vitamin K2, a long misunderstood fat-soluble vitamin holds great potential for treating and preventing these conditions. In fact, a lack of vitamin K2 among CKD patients is likely a major risk factor leaving people vulnerable to these diseases. Understanding this overlooked nutrient provides a key, missing piece to the health puzzle for people with CKD.

Vitamin K is not a single nutrient, but a family of related vitamins. Vitamin K1 is found primarily in green leafy vegetables and plays a major role in coagulation by activating several clotting proteins in the liver. This form of vitamin K is easy to obtain in the diet, but its role in coagulation is so important levels are not left to the whims of dietary intake. The body has a mechanism to recycle vitamin K1 so deficiency is very rare and, when it occurs, is usually secondary to liver disease rather than inadequate intake.

Vitamin K2 is a different story – although for decades it and vitamin K1 were assume to be practically one and the same. K2 does not participate in coagulation under normal circumstances and instead activates a number of extra hepatic proteins that, among other things, channel calcium into the skeleton and away from soft tissues. For this reason vitamin K2 plays newly recognized, pivotal role in building bone density and reducing arterial calcifications and cardiovascular mortality1 - major health concerns for the CKD population. Vitamin K2 also activates other proteins that influence cell growth regulation, making it a key player in cancer prevention and even treatment.2

Humans can obtain small amounts of vitamin K2 by converting K1 from food, but this conversion is limited, and does not meet our intake requirements. Vitamin K2 is found in some foods of animal origin, such as eggs and butter as well as in certain fermented foods, such as cheese and the infamous Japanese fermented soy breakfast food, natto.

Given the limited known food sources of vitamin K2 and the decades long (although now debunked) advice to avoid many of these food for heart health, it should come as no surprise that vitamin K2 deficiency is common in the general population, but it is even more common among the CKD population.3 Experts in this area postulate that most HD patients have a functional vitamin K deficiency, with up to 97% of patients having insufficient levels, depending on the method of sufficiency testing.4 This has several potentially serious implications, contributing to the risk of many health concerns, including heart disease, osteoporosis and cancer.

The risk of cardiovascular mortality among CKD patients is several times higher than general population; it is the first cause of death in this group. CKD patients have a disproportionately high prevalence of atherosclerosis and arterial calcification that can’t be fully explained by traditional risk factors such as diabetes, hypertension and advanced age, and treatment of elevated cholesterol with statins fails to lower arterial calcification burden.5 Even young adults who have been on hemodialysis for a long period of time have a prevalence of coronary artery calcification (CAC) that is at least ten times higher than those of the same age whose kidney function is normal. A recent clinical trial demonstrated that an 8–week supplementation with vitamin K2 in HD patients reduced markers of calcification in a linear and dose dependent fashion, with the greatest benefits being seen at doses of roughly 360 mcg MK-7 daily.6

Arterial calcification leads to an increase in arterial stiffness and a decrease in coronary perfusion, resulting in myocardial ischemia. While this is a concern for the general population, arterial stiffness is a highly prevalent condition for kidney patients and it predicts decline in renal function as well as cardiovascular events.7 A 2015 clinical trial published showed vitamin K2 supplements (180 mcg of MK-7 daily) improved arterial stiffness in healthy postmenopausal women, especially in those with high arterial stiffness.8

Osteoporosis is another common comorbidity in the CKD community. Patients with CKD requiring dialysis have a 4-fold increased risk of hip fracture compared with the general population. 9 Bone health has been related to vitamin K status in adult HD patients as far back as the late 1990s and recent studies confirm that relationship. While evidence mounts for the benefits of vitamin K2 on bone health in the general population, clinical trials on vitamin K2 for osteoporosis management among CKD patients are lagging. However, two trials to date have shown high dose vitamin K2 to have a positive impact on markers of bone health in CKD patients. 10

Vitamin D deficiency is exceptionally common among CKD patients and the reduced ability to convert the nutrient to its active form further complicates this situation. For that reason, as well as to treat hyperparathyroidism and low bone density, vitamin D supplements are routinely prescribed to CKD patents. However, since vitamin D stimulates calcium absorption in the intestine, this can worsen calcium burden and vascular calcifications – the proverbial double-edged sword. By channeling calcium away from soft tissues and towards the skeleton, vitamin K2 buffers the potential toxicity of vitamin D. 11 12

While vitamin K2 is being established as a critically important nutrient for people with CKD, it also shows great promise in mitigating the potential organ damage associated with HD, namely organ stunning. Although the pathogenesis of organ stunning is not definitively established, it is thought to be caused either by an accumulation of free radicals due to ischemia and/or a transient calcium overload on reperfusion. Vitamin K has been shown to completely block free radical accumulation and cell death due to ischemia.13 Given the potential benefit here, calls for clinical research in this area should be loud and clear from the CKD community.

Finally, since blood clotting is a concern for some HD patients, I’d like to clarify the potential effect of vitamin K2 supplements on coagulation, as this remains an area of confusion for many. Under normal circumstances clotting proteins are all or almost all occupied by vitamin K1, so no amount of vitamin K2 (or K1, for that matter) from diet or supplements will affect blood clotting. The exception to this is for patients on Warfarin/Coumadin or coumarin-type blood thinners. Drugs in this class - prescribed to approximately 20% of dialysis patients in North America - work by inhibiting the recycling of vitamin K, effectively creating a vitamin K deficiency. [Not surprisingly these drugs exacerbate the soft tissue calcifications that already plague CKD patients.14]

Interference with this mechanism is why intake of green leafy vegetables and other vitamin K1-rich foods is strictly limited in patients on Warfarin. Likewise, vitamin K2 from food or supplements will counteract the action of the drug, making them contraindicated, technically. In fact, maintaining a consistent daily intake of K vitamins - rather than trying to avoid them altogether - helps to stabilize INR, but this needs to be managed carefully. The relative contraindication for vitamin K2 supplements and oral anticoagulants does not extend to aspirin, platelet inhibitors such as Plavix, or blood thinners that works by other mechanisms, such as Effient, Xarelto, etc. These can safely be taken with vitamin K2. K2 is also well-established to be non-toxic, carrying none of the concerns sometimes associated with fat-soluble vitamins.15

Kate Rhéaume-Bleue N.D. is the author of Vitamin K2 and the Calcium Paradox: How A Little Known Vitamin Could Save Your Life (HarperCollins).