Anemia, EPO, Kidney Failure, and You

If you’re on dialysis, you most likely have anemia — a shortage of red blood cells. And, you may take EPO to treat it. Studies have led to a warning by the Food and Drug Administration (FDA) about EPO. Don’t panic! Read on, and we’ll tell you what this warning means to you.

Why You Need Anemia Treatment

Red blood cells carry oxygen to your body's cells. Anemia starves your cells of oxygen. This causes symptoms like:

These symptoms are hard to deal with. People with anemia say things like:

"Even walking from the bedroom to the kitchen I rest after every two or three steps. I stop, because I don't have the strength to walk with. My quality of life has dropped so much that it's almost unbearable. I can't do anything to help my wife."1

Some have even quit their jobs—too tired to work—then later found out anemia could be treated.

In the long run, anemia can damage your heart. When there is less oxygen in your blood, your heart speeds up. Beating fast all the time makes your heart work much harder. The muscle of the main pumping chamber can become thick and overgrown(left ventricular hypertrophy, or LVH). LVH can make your heart so stiff it can't pump as well. LVH can cause heart failure. 2 It is vital to treat anemia.

How Anemia is Treated

In kidney failure, the main cause of anemia is a loss of erythropoietin (EPO). Kidneys sense how much oxygen is in your blood. When levels drop, they send out EPO. This hormone tells your bone marrow to make more red blood cells. As kidneys fail, they make less EPO—so you make fewer red blood cells.

One part of treatment for anemia due to kidney failure is EPO. Three drugs on the market are erythrocyte (red blood cell) stimulating agents (ESAs), or cloned forms of EPO:

Epogen and Procrit are the same drug. Procrit is used in predialysis. Aranesp is a new form of EPO that lasts longer. It can be used at any stage of kidney disease. All three drugs treat other causes of anemia as well.

Iron is also needed to treat anemia; it is the building block the body uses to form new red blood cells. Iron works best when it is given through a vein. 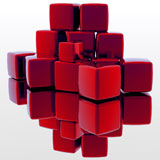 In people on dialysis, the Hb targets are below normal: 12 g/dL or greater in women and men. In fact, there is no lower limit now. 3 Hb levels are now dropping so low that many people with kidney failure need blood transfusions. 4

Blood transfusions can be risky when you have kidney disease, for a number of reasons:

The FDA issues a black box warning when research suggests that a drug may cause harm in some cases. A black box warning was placed on all ESAs in March, 2007, due to new research. None of the new studies were of people on dialysis.

In people with cancer, four new studies found problems when EPO was used:

EPO and Quality of Life 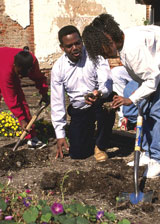 Your day to day quality of life may affect you more than a risk of a poor outcome. Research has shown that people on dialysis feel much better when their anemia is treated with EPO.12,13,14,15The FDA does not believe the measures of quality of life are accurate, and does not count these studies.

But, a 48-72 week long Swedish study randomly assigned 416 people (predialysis, on hemodialysis, or on peritoneal dialysis) to one of two Hb groups:

This study found no higher risk of adverse events or death. The higher Hb group had better quality of life. 16

In Japan, a study was done with 322 people. 17 Those who took part had kidney disease and Hbs less than 10, but were not yet on dialysis. They were randomly assigned to get iron and ESA’s to bring them to:

After 48 weeks, the rate of adverse events was the same in both groups. Quality of life was much better in the high Hb group. The high Hb group also had much less LVH.

What You Should Do

Take an ESA if your doctor prescribes it. The risk of anemia is far greater than the risk of the drug when it is used according to current guidelines. On the Black Box Warning, the FDA suggests using the lowest dose that will help you avoid transfusions. Your blood iron levels need to be in the target range so you have the building blocks to make red blood cells. This will let your EPO work.

Inflammation from an infection can also keep your body from using EPO. This is called EPO resistance. Tell your care team about fever, swelling, redness in your access, or other illness so it can be treated. This can help you need less EPO.

Getting more dialysis helps the red blood cells you do have to live longer. This means you may need less EPO to have a Hb in the target range. One study found less LVH and less EPO resistance in patients on short daily hemodialysis (HD). 18 A number of studies have also found that less EPO is needed for short daily 19,20,21,22 or for extended (nocturnal) 23,24,25,26 HD.

Talk with Your Doctor

The Renal Physician's Association says that you and your doctor should decide how to treat your anemia. 27