Is it Time to Revisit Aluminum as a Phosphate Binder? 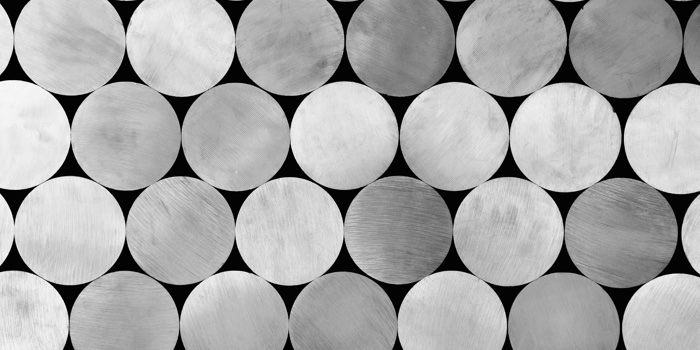 One of the advantages of being an old(er) nephrologist is that, from time to time, I can thoughtfully indulge the challenges and benefits of hindsight.

[Hindsight: ‘the ability to understand, after something has happened, what should have been done” – or – “if our foresight was as good as our hindsight, it would be an easy matter to see how and where we had taken a mis-step”]

One such possible hindsight is the vexed area of phosphate binding.

While I have rational fears of being placed in the stocks and roundly pilloried with tomatoes and eggs by my American colleagues for what I will say in this post, I am persuaded that two questions do need to be asked:

Several bland (but also provocative) statements might be made concerning aluminium (or as it is said in the US, aluminum) hydroxide (= Al(OH)3).

So…why revisit it now? Indeed, can we even possibly revisit it at all, now that Al(OH)3 has been so brutally discredited? Would any Ethics Committee now permit the long-term studies and the potential “exposure” to Al(OH)3 that would be needed to resolve the dilemma? Yet, in all fairness to Al(OH)3 , the studies that ought to have been done have not been done.

There are strong arguments to say that Al(OH)3 was “tarred and feathered” without a fair trial, and that it was subjected to a modern equivalent of medieval trial by fire and water—trials performed in those dark days to confirm a presumption of guilt, regardless of guilt or innocence.

DOPPS data will show you a most interesting statistic – likely unknown to most on the other side of what we in Australia call the “big pond” (the Pacific). The following chart shows the DOPPS data for the aluminium binder use by country (DOPPS 3, 2007). (1)

Something odd emerges from this DOPPS graph: in ANZ, Al(OH)3 is used significantly more than it is anywhere else. And, while these data are now 8 years old, there is little to suggest that the trend of this data has meaningfully changed.

Perhaps Australian and New Zealand nephrologists have not read the damning data on Al(OH)3 ? Or, perhaps, they simply have not been persuaded.

In 2012, a friend and colleague Australian nephrologist, David Mudge and his colleagues from (in our country) the prestigious Queen Alexandra Hospital in Brisbane, published an excellent and very thoughtful review of this topic in BMC Nephrology. I suspect he submitted it to BMC Nephrology as he knew full well that the paper would be too “heretical” to be accepted for publication in the US. Yet, in my view, it should have been! His paper(1) is a sobering read. It points out:

Again, I encourage anyone with a still-open mind to read his paper. Rather than restate his arguments here, I will copy verbatim from his paper, then let you visit it, if your curiosity for a better explanation is piqued:

“Initially the neurological syndrome was attributed to orally administered aluminium, but historical evidence suggests that severe toxicity may have primarily been caused by excessive exposure to aluminium in dialysis fluid, rather than aluminium-containing oral phosphate binders. There were reports of epidemics of dementia in specific dialysis centres where the aluminium content of the water used for dialysis was later found to be very high, suggesting that aluminium loading of patients was occurring from the water. With the advent of stringent testing of dialysis water for aluminium and other minerals and their removal by reverse-osmosis, it became possible to remove aluminium almost completely from dialysis water. Since then "dialysis dementia" has completely disappeared, even in countries where aluminium continues to be used as a binder. A small body of evidence suggests that aluminium bone disease may also be on the decline in the era of aluminium removal from dialysis fluid, even with continued use of aluminium binders. Contemporary guidelines for the treatment of hyperphosphataemia in dialysis patients continue to recommend avoidance or restriction of aluminium binders due to the concerns of potential neurological toxicity and advocate the use of newer, more expensive binders whose long-term safety remains unclear. Prospective randomised trials of the different agents for phosphate binding to establish both their safety and efficacy in terms of hard clinical endpoints are lacking, and should be pursued by the nephrology community.”

Do others of my colleagues here in Australia still use it? Also yes.

Does it work? Another yes.

Do I measure blood aluminium levels in our patients? Absolutely.

Are they ever elevated? No!

Do I believe I may have done a disservice to patients through energetic use of calcium-containing binders? Sadly, yes … though this, too, is still debated in the literature. While in 2006, Eli Friedman eloquently argued the case in defense of calcium-based binders(3), a systematic review and meta-analysis published in the Lancet(4) concluded that “in an analysis of the 11 randomised trials (4622 patients) that reported an outcome of mortality…patients assigned to non-calcium-based binders had a 22% reduction in all-cause mortality compared with those assigned to calcium-based phosphate binders (risk ratio 0·78, 95% CI 0·61-0·98). The concern with calcium-based binders has understandably been the risk of increased vascular and cardiac calcification. So, has what we have been using for so long as a replacement for Al(OH)3 been safer? Arguably not.

Do I have confidence in the get-out-of-jail-free cards of sevelamer and lanthanum? No, as I suspect that they, too, will (likely) earn their own set of demerit points, in time.

Should money talk? Well, while cost should not be a defining factor, it should nevertheless be taken into consideration. See below for the relative prices for phosphate binders.

Were the right questions asked of Al(OH)3 all those years ago? No.

Should we ask again, and/or be brave enough to admit a potential “tar and feathering”, and accept that good and well designed studies be done again? You betcha!

For your interest, here are the relative binder costs in Australia, expressed in Australian $'s.

* [DPMQ = Dispensing Price for Maximum Quantity (= number of pills per prescription) is the price paid up to and until the annual safety net limit per patient per year is reached.]

†[Safety Net = the price paid per prescription after the annual safety net limit per patient per year is reached. The 2015 Annual Safety Net limit in Australia (annually adjusted by CPI) = $1453.90 for non-concession card holders and $366.00 for concession card holders—pensioners, social security support recipients (i.e. those who are unemployed), and a range of other qualifying beneficiaries.]