Kidney Disease and Anemia: Why is it So, and How is it Treated? 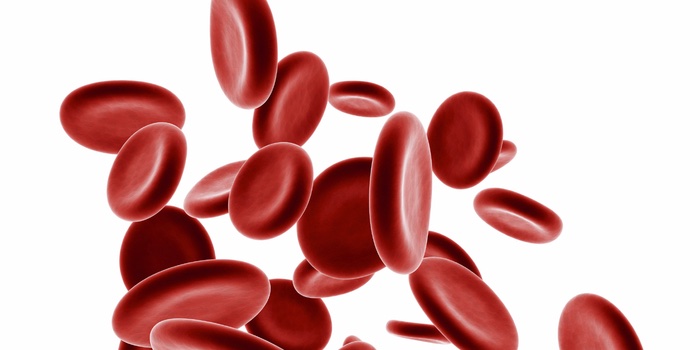 While this blog site is predominantly intended for a broad church of readers from professionals and industry through to dialysis staff and patients, there are few opportunities for patients to put direct questions and be answered with neither fear nor favour. With this in mind, I am deviating in this post from the usual practice of KidneyViews to answer a question that was recently asked on the HDC FaceBook discussion group.

A patient asked—and it is a common question—if I would give a layman’s explanation for the anaemia that accompanies kidney disease. Like Julius Sumner Miller, the charismatic science professor on the TV screens of my youth, would routinely ask at the start of his weekly program: “Why is it so?”

The answer, to a large but not exclusive part, lies in a hormone, Erythropoietin, or, because so few people can spell or pronounce it, it is shortened to EPO.

Explanations often start with the phrase: “EPO is a hormone,” expecting everyone to know what a hormone is, but that may not always be the case. So, a hormone is a chemical messenger or “activator;” something that is made in one part of the body—usually a gland or an organ—that is carried by the blood to another part (or parts) of the body where it delivers its message (or activates) to its target organ or tissues. For example:

EPO is like a chemical switch: it switches on the bone marrow to manufacture new red blood cells. If it is lacking and the switch is not activated, the bone marrow just sits there, like a stunned mullet, doing nothing.

So, as kidneys fail—almost regardless of why—EPO production falls as kidney function falls. The amount of EPO carried by the blood to the marrow and available to “switch on” red blood cell production gets less and less. The message gets softer…and softer.

As a result, fewer and fewer red blood cells are made. The number of red blood cells is most commonly measured by two laboratory tests, the haemoglobin and the haematocrit. While these are not the same test, they do, in essence, give us similar information about the amount of available haemoglobin—the red, iron-based pigment—that red cells are made of. The amount of haemoglobin (Hb) is an easier measure to perform in a laboratory than the laborious “counting” of red blood cells (haematocrit; H’crit), but both are used as estimates of the total number of red cells in the blood.

Red cells and the haemoglobin they contain perform one essential role. The haemoglobin contained within the red cell picks up oxygen from the lungs and carries it to every corner, every tissue, every nock and cranny of the body. And…oxygen drives us. It is our essential life force. Without it, no tissue can function or survive.

If provided with less oxygen, our muscles run out of “oomph,” we tire more easily, we lack stamina, and we feel flat and listless. Does this kind-of sound like the symptoms of progressive kidney disease? You bet it does! And, the worse the kidney failure, the less EPO is made, and the worse the anemia.

But (1) EPO costs heaps and (2) it was shown to have a dark side, too. Unscrupulous athletes, especially those in endurance sports, got wind of EPO. They worked out that if they used EPO, they would make more red cells, carry more oxygen, and enhance their stamina. They began to cheat. Events like the Olympics, the Tour de France, and others were defiled by EPO-cheats. Indications for its use were proscribed and regulated.

Some studies then emerged to suggest that too much EPO might be just as bad as too little, that more red cells might make the blood “thicker” and harder to push around, and might put an added strain on the heart. Small RCT trial data was pitted against large all-comer Registry data; the EPO outcomes of the two often disagreeing. In many jurisdictions, the target haemoglobin was reduced —though a cynic might ask if this was more to reduce the amount of EPO used (and thus its cost) than to protect patients against the perceived dangers of a higher haemoglobin. Personally, I have never been quite convinced that a haemoglobin of 115-120 (11.5-12.0 US) is bad, especially as the normal is 120-150 (12-15). But, that is a different story.

And so, EPO has become a normal part of the treatment of the anaemia of kidney disease.

Iron and the Red Cell

Red cells are red because the pigment they contain, haemoglobin, is made of iron. In normal health, iron is absorbed from food and channelled into red blood cell production, but, in kidney disease, iron is not absorbed as well as it is in health. A substance called hepcidin is increasingly produced as the kidneys fail, and, among other things, hepcidin blocks iron absorption.

The amount of iron in the body is measured by a combination of two main tests:

The short story is that iron deficiency commonly develops in kidney failure. Then, if EPO is added in as a treatment for the anaemia of kidney disease and red cells begin to be churned out in increasing numbers, there is not enough iron to make them. The gut cannot absorb enough iron. Hepcidin levels don’t fall, and as yet there is no way to combat hepcidin and its effect on iron absorption. So, iron deficiency rapidly worsens unless iron is administered.

As orally given iron just goes straight through from mouth to anus without any significant gut absorption, it has become routine to give iron intravenously, either by intermittent bolus (full dose) infusion (eg: in CKD, PD and failing transplants) or whilst on dialysis (in HD).

While there are other contributors to the anaemia of kidney disease—blood loss, folic acid deficiency, some of the other effects of chronic inflammation, infection—the main contributors are EPO and iron. In the end, juggling the doses of EPO and iron (both in amount and in frequency) to keep the haemoglobin and the markers of iron amount and availability is part of the role your nephrologist must play in your care.

Finally, returning to the theme of the introductory paragraph, it seems to me that there is a need for a place where patients can ask questions and have them answered. Any such site would (indeed must) include the caveat that any answer given would be of a generic nature only, and would not provide personal medical advice. If such a site were to be added—and at the moment this is only an if—are there any other clinicians who might be willing to devote some of their time to answering them?