Nocturnal HD in a Caravan

This blog post was made by Henry P. Snickelsnorter on December 30, 2015. 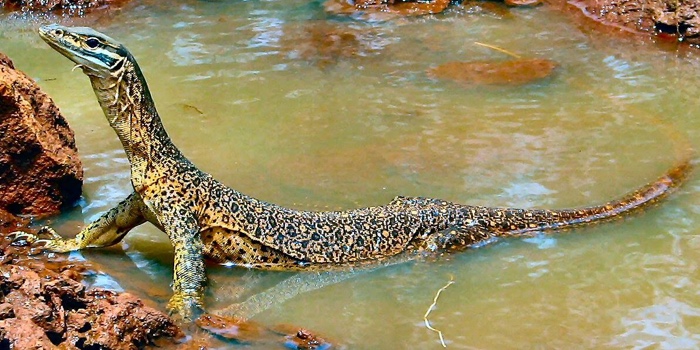 The comparisons below between the US State of Texas and my State, Western Australia will give readers an idea of the difficulties we face in logistics with a large land area and a small population.

Living in a sparsely populated state means we often have to think outside the envelope to get things done, vs. the US where the high population density and multiplicity of services gives patients mobility and equipment choices that we don't have.  (In spite of that, I am proud of the fact that Australia is a world leader in first class dialysis care.) So, I began a process of convincing Fresenius to approve me fitting my machine into a bus or a caravan to go mobile. If I could overcome all reasonable objections, would they give their approval? We had various discussions on what could go wrong, how problems could be handled, and servicing of the machine. They were enthusiastic in principle, but details on what extra equipment I would require and design of the circuit I would need were slow in forthcoming. My nephrologist was fully supportive from day one, so I went ahead, found out what I believed would be appropriate, designed my own layout, and presented it to them.

The two main problems to overcome were water quality and temperature. Ground water in the north of this state has high concentrations of calcium and sometimes magnesium and iron.  Daytime temperatures of up to 47° C (115°F) meant I would have to install both a water softener and a water chiller. I decided to incorporate UV units on the primary water feed and between the reverse osmosis unit and the machine. When I presented that to Fresenius, they put me in touch with their water quality expert on the eastern coast, who approved of my layout, with one reservation: While UV light filters are very effective at killing bacteria and other pathogens, the bodies of the dead bacteria then break down into microscopic particles known as endotoxins, which in themselves are harmful and require expensive laboratory filters to remove. I took on board his advice and dispensed with the UV filters.

What you see in the pics is what I ended up with—a 26ft caravan, (36ft overall,) a Toyota Landcruiser tow vehicle and a couple of views of the dialysis equipment inside. I've also attached a copy of the schematic drawing for those who might be interested. Everything has worked perfectly and the 6-monthly service by the maintenance technician showed that everything was as good as the day I started. According to Fresenius, this is the first mobile unit in this state. I have now completed 12 months in total and the whole system has continued to work faultlessly. The freedom is priceless!

My checklist before setting out:

I dialysed and slept for 8 hours during the day, then set out late afternoon to travel to Meekatharra overnight to avoid the worst of the heat. Booked in to the caravan park, turned on the air conditioning, ate, showered and slept until midnight. Left the park at 3 AM, drove the remaining 200km NW on unsealed roads to the construction camp site on Yarlarweelor Station, arrived at 6 or 7AM before the sun started to heat up the day, hooked into the water and power provided and set up the caravan for a stay of 6 weeks. Work rotations are 6 weeks on, one week off. The work involves reconstruction of flood damaged areas on unsealed outback roads.

I enjoyed a few beers with the rest of the crew that evening as they arrived, followed by a great meal prepared for us all by the camp cook, and then off to bed and started dialysing by 9pm at the latest for a 7 hour session.

I disconnected by 4:30am, dressed for the day’s work, ate breakfast, got a packed lunch and headed out to the work site by 6am. I drove a road train carting gravel or operated an excavator or a grader, according to what was required for the day. No stopping for lunch. By mutual agreement, we work through our breaks and get back to the campsite by 5pm. (It would be 6 if we had the scheduled breaks.) Showered, beers with the crew, swapped yarns and told lies, or got the guitar out and sang some country songs, then ate another fantastic meal the cook prepared, and off to bed to do it all again the following day. It's challenging and fun.

That is my routine for 6 weeks, with every second Sunday off. At that time of year, the daytime temperature gets up to 47° C (117° F.)

Things I Had to Be Aware Of

If the power goes off and we lose air conditioning, temperature in the caravan will increase to unacceptable levels (like 55°C) in a few short hours, which puts the dialysis supplies at risk—not to mention the food in the caravan refrigerator. A backup generator for the camp is essential, along with somebody always on site to make sure it starts up and the power goes back on. Hydration is important. Fluid overload is not generally a problem.

Water: By virtue of our work camp being temporary, the pipes supplying water around the camp from the main holding tank are above ground. Until the sun goes down and some water is flushed off, that water is hot enough to burn the skin. Even after sundown, the water in the holding tank is quite warm, hence the need for the water chiller. It has a 40 litre tank kept at a standing temperature of 10° C. As soon as there is an inflow of warmer water, the compressor kicks in and along with the reservoir of already chilled water, keeps the water to the Reverse Osmosis unit at around 20° C or less, well within acceptable range.

That area of the state has huge reserves of fresh, non-saline underground water. Out of tests performed on bores over thousands of square kilometres in that area by the State Water Corporation, the incidence of pathogens is either non detectable or very minimal. Calcium, iron and magnesium levels vary, but can be quite high, hence the mandatory water softener.

If someone is sick or injured, the most practical solution is to drive them in to Meekatharra hospital, where, if necessary, a Royal Flying Doctor Service aircraft will be sent up to fly them back to Perth for emergency specialist treatment. If the creek crossings are impassable, the nearest station owner with an aircraft will be only too happy to fly someone to Meekatharra. (They virtually all have aircraft for cattle mustering.)

Working outdoors in those temperatures also means sunstroke and sunburn need to be avoided. Big hats with wide brims are worn by everyone. Anything made of metal will burn the skin on your hands severely if you grab hold of it, so we all wear gloves when working outside. Ten gallon hats, soft leather gloves…six shooters and spurs are optional. : )

I travel in my 4WD while away from the site—perhaps making a 400km round trip to Meekatharra to pick up supplies and parts, or sightseeing around abandoned early settlements or even looking at ancient aboriginal rock paintings on my day off. In the outback, you are on your own in a hot and hostile environment on unsealed roads, perhaps in poor condition. If properly prepared, the worst you are likely to suffer in the event of problems, is frustration and discomfort. The greater your personal skills to diagnose and solve problems, the better off you will be. These are the essentials:

The most important thing: Tell people where you are heading to and when you expect to arrive. Have a means of contacting them so you can confirm that you arrived safely. Satellite phones are ideal. The second most important thing: ALWAYS stay with your vehicle if broken down or bogged. Never try to walk. Three people died in that area in the last 2 years trying to walk from stranded vehicles. One was an experienced bushman. They all had sufficient water to stay where they were, but decided to walk. It's impossible to carry enough water to last longer than 2 days in plus 40°C heat, because the extra exertion increases your water requirement beyond what you can carry. In each case, their vehicles were found before their bodies. So sad, so unnecessary.

Although it's desert country, when summer thunderstorms arrive, or the tail end of a cyclone dumps inches of water, many river crossings will rise to the point where you cannot continue on, but the ones you have previously crossed will also not allow you to return. So, water is temporarily no problem, but food is essential. That's when you will be glad you took 2 weeks supply with you. The river crossings will generally go down to the point where you can safely cross them, but it can take up to a week at times. No dialysis for a week? That's something I have done before with no apparent effects other than getting quite tired, itchy, and my brain processes slowing noticeably (8 days).

Conclusion? If properly prepared for the dangers inherent in such an environment and with the ability to meet and solve problems by yourself, even old blokes like me on dialysis can do it. Which means you can, too.

In answer to the obvious question, why would I want to be here? The outback is the kind of environment I have spent much of my life in. The people, regardless of creed or colour, come to each other's aid in times of need. Strangers happily engage in conversation. It's a place of old fashioned values, where a man's word is his bond, and a tribal man will share meat with you from a kill he's just made, or a station owner will fly your injured workmate to the nearest hospital and refuse to take recompense for it.

It's the outback, mate.