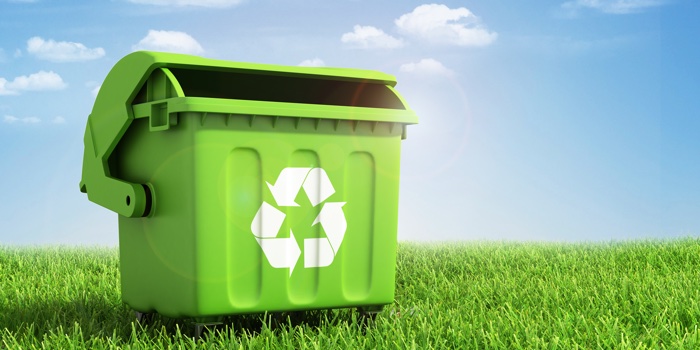 While the mean weight of plastic discarded after each HD treatment varies depending on the system used, weights range ~2.25 to ~2.75 kg. Let us use 2.50 kg for ease of the math!

In PD, while the weight of plastic waste is less—again varying between automated PD (APD) and continuous ambulatory PD (CAPD)—it averages ~1.25 kg per treatment.

This amounts to the annual creation of a staggering ~185,250 tonnes of post-dialysis plastic waste in the US alone!

Have you ever thought what happens to this discarded plastic after use? Well, as it is regarded as “infectious medical waste,” it is either sent to landfill (= yuk) or to incineration (= even more yuk). Just consider the eons of soil contamination and breakdown time if it is buried in landfills, or the atmospheric pollution if it is incinerated. It boggles the mind, and poisons our planet.

Might there be a better solution? Well, yes! You bet there is!

First, think of the delivery truck from the dialysis company that pulls in, once or twice each week (facility delivery) or each month (home delivery), full of new, sterile, neatly packaged, plastic consumables. So far, so good...but then, after it unloads, it turns around and returns to base…empty.

Next, think of the medical waste truck (facility pick-up) or council garbage truck (home pick-up) that calls, just as often, to remove the yellow-bagged, post-dialysis plastic waste and take it to the tip, or to the incinerator.

What if the delivery truck and the waste removal truck were one and the same? What if the truck could be divided into two sections, a sterile compartment up front and a “dirty” compartment at the back, delivering and removing at the same time?

Moreover, what if the waste was NOT carted off to a landfill or an incinerator, but was taken back to the company warehouse to a waiting “re-processor”?

A re-processor? What on earth is that?

Well, in use for some time in Europe, and now here in Australia…please tell me this happens in the US, too…are machines that first autoclave, then shred medical plastic waste. There are many available: SteriMed, Sterishred, Meteka, Celitron, just to name four. These systems steam-sterilize, then chop up the plastic waste—all of it—just like your kitchen blender chops up fruit and vegetables. They create a fine, confetti-sized, sterile end-product suitable for re-use. The following pictures show the transformation!

Consider, then, that each consumable distribution centre not only stored and distributed fresh consumables but installed a used plastic re-processor, one of sufficient size and “grunt” to centrally re-process and render a sterile shreddate for on-use. They come in sizes small enough for a small dialysis centre to purchase for on-site re-processing, or in sizes large enough to provide a centralized option. Once processed, the shreddate is suitable for on-sale or re-use as a re-cycled plastic resource.

Problem: there are seven main grades of plastic, ranging from PET to PVC, from PP to PS, and beyond. See: https://en.wikipedia.org/wiki/Resin_identification_code. But, as many recycling options require separation into type, and as this is both tedious and costly, finding a use for mixed plastics would be a better option.

Solution: Although this blog does not intend to canvas all options, two come immediately to mind. Both have (1) been tested and (2) are already in use.

One potential use for mixed plastics is their incorporation into building materials – eg: concrete bricks ... see:

Perhaps as an even better option, mixed plastics can be added to molten bitumen (in the US = asphalt) for road surfacing ... see:

Studies in India and the Netherlands have shown that the ideal ratio of plastic to bitumen is a 1:10 mix…1 part shredded plastic to 10 parts bitumen. Plasticization of road surfaces has been shown to (1) increase the flexibility and durability of the surface, (2) offer better resistance to both extremes of heat and cold, (3) prevent pothole formation, and (4) reduce cracking.

In July 2015, Fortune 500 reported that Rotterdam (the Netherlands) was moving to plasticize d road surfaces for its city streets, using—yes—recycled plastics.

Australian data records that ~7 tonnes of bitumen is required to surface each kilometre of a one-lane-each-way secondary road. Using plasticized bitumen at a ratio of 1:10 would therefore use ~0.7 tonnes plastic waste/kilometer of road. Considering the annual US creation generation of ~185,250 tonnes of dialysis plastic, some 265,000 kilometres of 1:10 plasticized road surface could be laid. In US parlance, that is 165,625 miles of single lane roadway. And...how cool it would be for dialysis patients, out for a Sunday drive, to think...hey, I helped build that!

Now, this approach begs several questions: (1) That all plastic is re-used, (2) That none is wasted, and (3) That the re-cycling loop is tightly closed. In practice, these would never happen. But, even if only half the plastic shreddate were to find its way into road resurfacing, it would still resurface a lot of road!

One thing is certain: we need to do better at the back-end of care than we are now. For the future of our planet, and those who come after us, we need to think about this stuff.

Despite this, a wide disinterest still pervades our space. But somewhere, somehow, and sooner or later, someone must take up the running on this—before it is too late.