Potassium and Nocturnal HD: A Change in Treatment Schedule Can be Lethal!

This blog post was made by Dori Schatell, MS, Executive Director, Medical Education Institute on June 23, 2016. 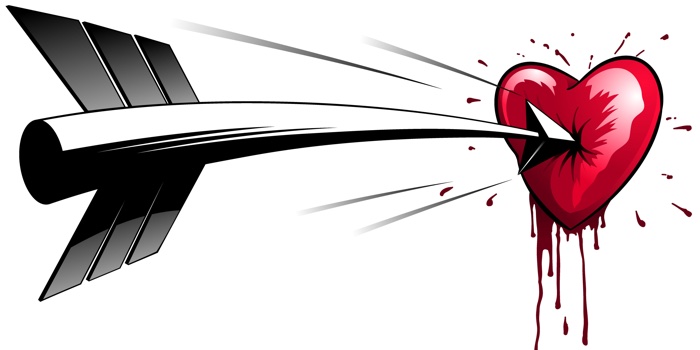 In 2004 or thereabouts, Dr. Todd Ing put together a terrific seminar in Chicago with the NKF of IL. I met Zbylut Twardowski and had a chance to ask him questions about the Buttonhole Technique, and heard Bob Lockridge talk about home nocturnal HD. And, for the first time, I heard a nephrologist describe an in-center nocturnal HD program. While I don’t recall his name, I never forgot the story he told about a patient who felt so well with his 8-hour treatments that he took his family to Disney World—where the switch to standard in-center HD combined with too much Florida citrus proved fatal. He died of a potassium overdose.

Since then, I have taken every opportunity to alert the renal community to the dangers of changing dialysis schedules without adjusting dietary potassium intake. People remember stories—not warnings. So, here is a story for you. This week, my Facebook friend and guest blogger Henry P. Snickelsnorter posted this message (and gave me permission to share it here):

“STUPID IS AS STUPID DOES…or…DON'T TRY THIS AT HOME!

A couple of weeks ago, I acquired a cold—lots of coughing and sneezing. Went to my GP, got some antibiotics for a mild chest infection, and decided to miss dialysis that night, as I did not want to risk getting a bug in my chest catheter. Next couple of nights, sneezing continued and nose was running like a river. Decided to miss dialysis again. 4th night in a row, no dialysis.

Fifth night I started to set up for dialysis, when I started to feel warm, breathing was becoming a little more difficult than usual. Was about to hook up when I began to feel really hot. Went outside in the cool air and felt a little better, but was becoming more and more breathless. Fifteen minutes later, I was really struggling to breath.  Decided I was in deep trouble and called out the local volunteer ambulance crew, gasping out one word at a time between gasps...need...oxygen...urgent.

It was 1 AM by then and they responded within 15 minutes, got me on max oxygen feed, and got the stretcher ready to put me in the ambulance. That is all I remember until the next day. Turns out they transported me to the local small town hospital, 22 km away where my heart stopped. Twice. Underwent CPR and defibrillation in an attempt to keep me alive until the Royal Flying Doctor plane from Perth, (300km,) arrived to transport me to emergency Intensive Care in a major Perth hospital.

I awoke sometime the following day in intensive care, alive and seemingly otherwise unscathed apart from a couple of broken ribs and a very sore chest (from CPR).  The cause? I had, as I've been accustomed to for many years now, been eating a diet quite high in potassium, perhaps higher than usual. No problem with nocturnal dialysis every second night for 8 hrs. However, with no dialysis until the fifth night, my potassium skyrocketed from its usual 4.5 reading to 8, and my heart decided that was just too much to cope with. Electrolytes were totally out of whack. But for one successful phone call to my local volunteer ambulance service, I would have died.

Familiarity does breed contempt. I know as well as anyone the dangers of high potassium and fluid overload and missing dialysis. However, several years of successful long, slow, nocturnal dialysis, 28 hrs a week have meant that I have not had to consider potassium, phos, fluid load etc., for a long, long time. In fact, my blood results often suggest I need extra potassium.  Having made a full physical and mental recovery—far better than I deserved under the circumstances—I live to fight and dialyse another day.  My advice? Don't try this at home!  Henry ....still leading an exciting life :)”

One of our Facebook Discussion Group members reacted the way YOU might, when you read Henry’s story. After expressing how lucky Henry was to be alive, this person wrote: “I'm sorry to sound brutal but as a home patient why on earth did you think it was acceptable to skip dialysis for 5 days? Do you still urinate to remove fluid? I wouldn't skip one session and I've been post surgery with BP 70/40, dizzy and tired and fresh wounds - still did dialysis at home alone. Next time, buy a face mask!!!”

In response, Henry emailed me a bit more detail to share with you, to help you better understand the mindset of an expert home dialyzor who makes a critical error:

“I thought I'd expand a little on my recent FB post, mainly to try and explain what may seem to have been an incomprehensible decision to many others on dialysis.

I have been very successfully dialysing for a number of years now, using a long, slow, frequent, low UF regime on a nocturnal basis, averaging 28 hrs per week. My blood results have been consistently excellent and my physical and mental health has been the equal to that which my nephrologist feels I would expect from a cadaveric tranplant. As a result, I have been able to live a 'normal' life for much of that time, despite using the least favoured type of access, a buried chest catheter, without any of the problems normally associated with such devices.

I attribute much of that success to an unrelenting adherence to the following in regard to infection control:

…In other words, keeping my exit site and catheter isolated from as many possible external contamination risks as possible. In that regard, I consider I have less risk of infection than I would have with a care partner. That regime has allowed me to eat and drink, within reason, a diet that normally only people without kidney falure can enjoy. To the extent that these restrictions have not figured in my thoughts, I have also gone from needing heart medication and phosphorous binders in the early days to not requiring anything more than vitamin D, EPO, calcium and occasional iron infusions according to my regular blood test results.

My relationship with my nephrologist has developed over time to the extent that he has such confidence in my understanding of my personal requirements that he is happy for me to administer such supplements as I do require according to how I see their current need. This has resulted in much more stable ongoing results than I experienced in prior years when medication dosages were indicated by the nephrologist himself—fewer highs and lows.

My focus, then, has always been on adherence to my dialysis regime and protection of my access. While in earlier times, (on PD in particular,) I spent a great deal of time researching and learning about various foods and their effects and applying that knowledge to my daily regime, I discovered after a time on nocturnal haemodialysis, that these restrictions in general, no longer applied:

...Until we introduce the human factor.

I have, as you will no doubt have gathered, always been one to push the envelope. Occasionally, this has landed me in hot water, but overall, it has expanded my horizons and I have been able to achieve much that I might not have otherwise, had I been of a more conservative and compliant nature.

My biggest problem, has been knowing when to stop, or say no. My recent circumstances are a perfect example of that. As I have posted before, I took on a trucking contract that involves me working 80 plus hrs per week. It's something I love doing and it gives me a great sense of purpose. However, those hours, combined with being over 65, on dialysis and contracting a very messy cold/flu virus had the makings of a 'perfect storm'.

I have missed dialysis before, for the same reason and for about the same length of time, BUT, I had been very careful to make sure my phos/K/fluid intake was kept to an absolute minimum. This time, I was ill and exhausted and in spite of my best efforts, my face mask was not enough to contain my coughing, sneezing and running nose. I simply was not in any condition to be making any decisions regarding any changes and should have sought assistance. Being who I am, that never occurred to me and the inevitable result followed.

For reasons unknown to me, I have once again survived largely unscathed. Two lessons are now imprinted on my mind:

Henry is a gifted storyteller, and now that you know what he went through—and why—you will always remember that when the dialysis schedule changes, the potassium intake must change as well.