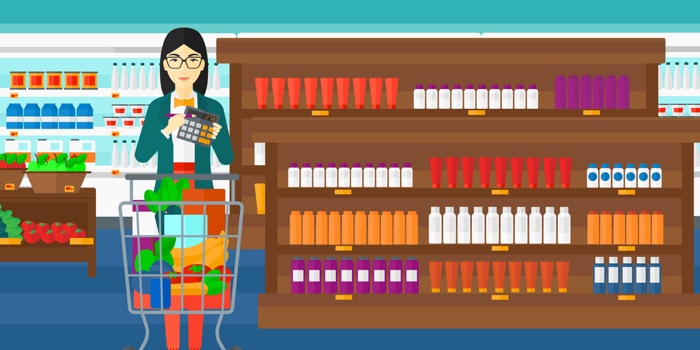 How do I only spend $200 on food for the whole month?  It truly is about planning, crockpot meals and knowing what is on sale.  I utilize the Flipp app to help me out with knowing what is on sale, and how much I should be spending on food. This also helps if I write down the lowest price, so if I find it cheaper at a store I am at I can feel confident that I am getting a good price!

I try to stick with the same meat meals.  This month it was chicken, and I found chicken breasts (Bone in) for .99 per pound. I first start off with figuring out how many breakfasts, lunches and dinners I must plan for and go from there.  We get paid the 1st of the month, 3rd and 4th Wednesday so there is a nice chunk of time from the 1st of the month to the 3rd Wednesday, so it is important that we plan for those so we don’t run out of food and starve!  I figured that from 10/19/2015-11/16/2016 there was 4 weeks or 28 days.  So, 28 breakfasts, 28 lunches and 28 dinners.  We don’t typically eat breakfast, by the time we get Elizabeth up, to school for breakfast and walked to class and home we usually are on lunch time so I planned for only doing breakfasts on the weekends and lunches on the weekdays, so that saved me about 20 breakfasts that I needed to worry about but cereal isn’t that expensive if you must do breakfasts in the morning. Or even eggs.

I planned for us to do meal preps for lunches so I found 2 recipes for meal preps and multiplied both by 2 to equal 20 lunches (for the weekdays) and then figured out what we should do for lunches during the weekdays which is typically microwavable stuff, so I chose burritos.  I planned for 8 breakfasts and a total of 28 dinners.  I always try to find an easy and quick thing to make just in case we forget a frozen slow cooker meal!

Breakfasts: I chose pancakes, Egg scramble (with keilbasa and onion) and a tator tot egg bake

Lunches: I chose chicken Parmesan with spaghetti noodles and chicken with broccoli and sauce

From previous shopping adventures and meal adventures I found that you could make stuff where you shred the chicken, such as soups and such, and have leftovers that you could use for lunch the next day or even for dinner again. That was another way that I would save money is make enough for leftovers and just reheat the next dinner, which would mean you are making less dinners per month.

I like to say that I only cook Dinner once a month!  I create a list; I shop that list and then I put each recipe into a Ziploc freezer bag and put them into the freezer. When I am ready to make that meal, I pull it out the night before and I put it in the slow cooker that morning and it is ready by dinner time!   I have started doing this for our lunches, but I make them every Sunday and then put them in the fridge to just microwave each day.  It works well and it saves on dishes because you just have plates/bowls, silverware, cups and the slow cooker pot.

The crockpot we use is a pressure cooker, crock pot and rice cooker all in one. It could even be used to cook like on a stovetop!  It’s the Power Pressure Cooker XL (We use the 6 QT which has always been enough for our family of 4.)

We used to use the Ninja slow cooker and so I will be doing another post to compare the 2 and share with you the pros and cons!  :) Check back!