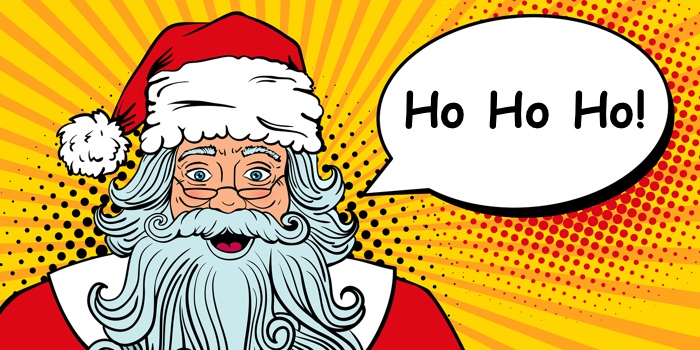 I'm not really one that can honestly say I've always enjoyed this time of year.

I usually associated the Holidays with either having to work them at the airport, or having memories of horrific tragic experiences.

My house burned completely to the ground on Christmas morning in 1980. Strike one...

My little brother, who had bravely fought brain cancer all of his way too short of a life died a couple weeks before Christmas in 1991. Strike two and three... OK, I'm done. I'm out.

I kinda gave up on it for awhile.

Get over it, move on I told myself. They all aren't going to completely suck. I mean, there’s no way that anything worse than what I'd already been through can happen around Christmas? Right?

Life happened, I got married and had kids. Then Christmas was kinda reborn for me I guess. Every parent enjoys Christmas morning when their children experience the innocent magic that they once did as a child.

Around this time of year in 1999, Daniel was almost 4, and Michael was just a year and a half old we took them to see Santa Claus. The Indianapolis Fire Department Union Hall was lucky enough to be able to schedule a visit from Santa during his very busy time just before Christmas.

As the boys patiently waited their turn, they both looked at the Grand Elf in amazement.

I remember those days, just seeing the almost confused looks of wonderment on their faces was the best thing I could ever get for Christmas as a Dad.

As Daniel took his turn on Santa's lap, he was asked a series of the usual questions from St. Nick, of course with the most important question being what he would like for Christmas.

I was waiting to hear something Toy Story related. The movie came out when Daniel was a baby a few years prior, and had long been his favorite. I wanted to hear what he asked for, so I could make sure that "Santa" got it right come Christmas morning.

What I heard next was anything but expected.

After Santa confirmed that Danny had indeed been a good boy that year, he continued the interrogation... "What would you like Santa to bring you for Christmas, Danny"?

Daniel nervously looked at Santa, twiddling his fingertips together, and said, "Can you bring my Daddy a kindy"?...

Time literally seemed to stop. I couldn't believe what I had just heard.

My oldest child did in fact ask the jolly old Elf to bring me a kindy.

He couldn't even pronounce it. Kindy...

I honestly don't remember hearing anything else after that. I, along with everyone that heard him was in complete disbelief. Santa was not only completely speechless, but in tears.

He wasn't the only one either.

Well, I've absolutely no idea who he called, but Santa pulled through.

A bit late, but that was fine with me. I got a kidney transplant in January of 2000, a few weeks later.

Now, almost 14 years later, I'm in that all too familiar situation again, in need of another kidney. Maybe I'll have Daniel, who is now almost 18, and a shade taller than me now at 6'2" ask Santa for another kindy.

I always think about that this time of year now, instead of the aforementioned tragedies.

If you look close enough, there is something positive in even the worst situation.

Santa Claus and my 4 year old taught me that.