Beware What You Wish For, or How Good Dialysis Got Gazumped 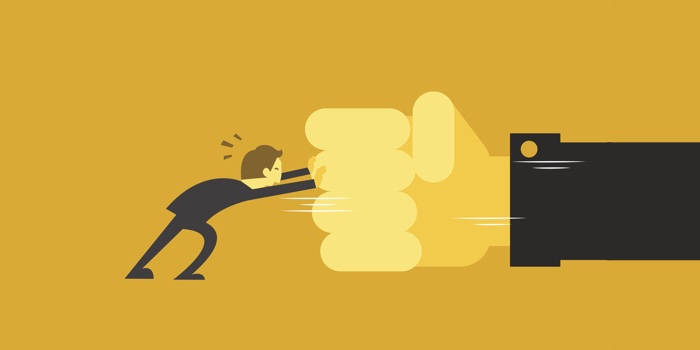 Do any of us still remember the history of dialysis? Perhaps a vanishing few of us do, but useful history is often submerged under a tsunami of papers and studies, hiding pearls from the past within the white noise of the present. Indulge me as I go back …

True, dialysis was offered and delivered to an infinitely smaller prevalent population back then, for that was 1971, and speaking volumes about my current age, I remember this time. 1971 remains well within my personal dialysis delivery experience, and while being “present” in that time age-dates me, I wear my recall of that time with pride and with much sadness that I have seen it usurped by the development of corner-store practice: the McDonalds-ization of dialysis—dialysis under golden arches—and, increasingly, arches of corporate gold. But, dialysis is no burger-with-fries!

For many reasons, that older (and wiser) time when home dialysis was “what we did” still resonates in me. It has stayed my compass.

For current professionals and patients alike, many of whom do not understand (or are unaware of) the sad procession of poor political decisions taken primarily through misunderstanding and/or misinformation by successive US administrations, it is prudent to pause and think about how and why the beast we call facility dialysis achieved its ascendancy.

To aid this recall, I will spend the rest of this blog attempting to condense Richard Rettig's seminal bio-medical paper from 1991, Origins of the Medicare Kidney Disease Entitlement: The Social Security Amendments of 1972.(1) Rettig’s paper is compelling reading. In my view, every, yes, EVERY trainee nephrologist should be made to read it. Every trainee nephrologist should understand (and few seem to) where it all went pear-shaped, to use a favourite expression.

But…have they read it? I bet not. True … and airing my own dirty linen here, through the late 70's and 80's, I, too, climbed aboard the facility bus...to my shame.

And, true, facility dialysis has allowed dialysis to become possible for a far wider clientele than home care then allowed—or could ever allow.

But, did we make any attempt to expand home care along with the burgeoning demand for dialysis—to offer it, encourage it, or fund it? No…not a glimmer of effort. Sadly also true: facility dialysis has strangled home care by offering an easier—yet lesser—option.  Was this truly our fault? Or, was it all just about money, driven by a combination of administrative misunderstanding of often-complex issues beyond their pay-grade, and fueled by corporate greed? Or, maybe it was a bit of both.

So, back to Rettig, which is possibly a timely visit, especially as the US Congress is likely to start making more wholesale changes (and, possibly, more errors of judgement) in coming months. I will (shamelessly) paraphrase and quote from Rettig’s seminal paper(1) but, please, read his awesome work in full, sometime…especially if you enjoy Machiavellian tales that are tall—but true.

Two primary planks comprised the bill: a family assistance package, and a review/extension of Medicare and Medicaid. Active behind the scenes were the “big four” in US nephrology at the time: George Schreiner, Willem Kolff, John Merrill, and Belding Scribner—the father and greatest of all proponents of home dialysis .

At that time, kidney disease was jockeying for attention, as ever, with heart disease, cancer and stroke, but it was a time when the true marvels of dialysis and transplantation (then only possible for the kidney), were emerging from experimental treatments to become an aspiration for all with end-stage kidney disease.

At the 11th hour of the Senate debate and the passage of the entire Amendment package, the then most powerful committee of the US House of Representatives—the Ways and Means Committee—was under the guile and guidance of Wilbur Mills, an Arkansas Democrat. Bingo! An amendment to the bill—Section 2991—suddenly emerged…one that extended Medicare coverage to more than 90% of the population to those with chronic kidney failure, especially those then on dialysis. At that time, while the cost of individual treatment was high, the expected costs to the whole Social Security program under Medicare were relatively modest, given the small numbers then on dialysis.

Senator Hartke, also a Democrat from Indiana, was the only senatorial source of public information available. He was asked to estimate the potential costs to Medicare if dialysis was included, and, remember this was the 11th hour: the bill “had to get through” and be signed before the election.

The NKF, via Scribner in particular, who had flown to Washington to press the case for dialysis inclusion, provided Senator Hartke with “numbers.” Hartke was advised that of the ~50,000 Americans who had chronic kidney disease, ~20-25,000 were “candidates” for dialysis or other interventions (i.e., transplantation).

As the cost of dialysis was then estimated to be $22,000-25,000 per patient, per year for in-hospital dialysis, $17,000-20,000 for hospital-related centre-based care, and $19,000 for home dialysis in the 1st year—but $5,000 in subsequent years, with the costs of all options expected to fall in subsequent years with the promise of “new advances,” the summative cost seemed relatively modest.

It was then a tradition for the Ways and Means Committee to hear any citizen who wished to address it. Engineered by “the big four,” and especially by Scribner, a 43 year old married dialysis patient, Shep Glazer, a man with 2 children (14 and 10) briefly dialysed in front of the sitting Committee, though they were unaware that as he did, he went into (well-disguised) atrial fibrillation and the session was truncated as a result. The Committee just thought the dialysis demonstration “was over.”

With the fiscally conservative Republicans calmed by the seemingly modest cost analysis, and the Committee buoyed and dazzled by the drama of the on-the-floor-of-the-house demonstration of what exactly dialysis “meant” to an individual citizen, Section 2991 was added to the total package, pretty much as “an afterthought.”

Now, while the whole process was much, much more Machiavellian than I have described here, this records the essentials of how the end-stage kidney disease (and dialysis/transplant package) came to be enshrined in the final law that went before Nixon for signing in the week before his re-election.

As we now all know, very odd things can happen when elections loom.

The estimates were, in hindsight, wildly short of the true mark for all three: incidence, prevalence and cost. The costs of dialysis did not fall, as was expected and promised, but skyrocketed. So, too, did the incidence and prevalence of ESRD, by a logarithmic factor of 10.

In addition, dialysis and renal transplantation were, at that time, the epitome of the technological advance of medicine. They were exciting, new, marvellous, and (then) largely American. They captured the public imagination, and the corporate eye. Moreover, it soon became obvious that there was money to be made from the public purse…and it was a purse that seemed bottomless and endless.

It wasn’t long before dialysis was being offered on a Henry Ford mass production scale: “throughput” became the mantra. Not surprisingly, home dialysis did not figure in this equation. No throughput there!

The aggregation of patients into corner-store facilities providing shorter and shorter treatment times meant that greater throughput could be achieved in any given period. The patient was lost in the scale and enormity of corporate dialysis.

Home dialysis withered and (almost) died, despite the clear data that confirmed its better outcomes. These data seemed, at times, even purposefully suppressed, and were certainly diminished wherever possible, by the corporate machine.

Chris Blagg, our greatest living doyen of dialysis, has well described to me Belding Scribner’s “what-have-we-done” moment as he reflected during his flight back to Seattle from those momentous days in Washington DC.

On the one hand, “Scrib” was buoyed by having succeeded in enshrining in legislation a public responsibility for the costs of dialysis. But, on the other, he saw clearly, even then, where this might lead…and that was to be ever away from his beloved home dialysis model, and into the jaws of corporate America.