The Devil is in the Details: A Tale of Dialysis Claim Errors 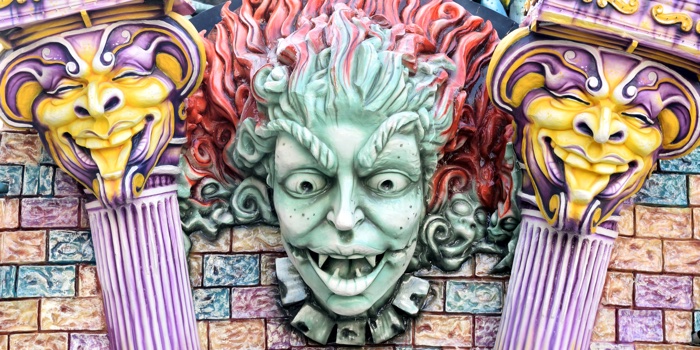 My husband Tom is a full time employee of Verizon. Verizon has an employer group health plan with excellent benefits from Anthem Blue Cross Blue Shield. When Tom started dialysis in 2013, the social worker at our DaVita dialysis center mentioned that he would be eligible for Medicare since he had enough work credits and was on dialysis. If he had enrolled at that time, Medicare would have been a secondary insurance. We decided not to enroll in Medicare. We deduced, correctly, that Medicare would cost us a lot in premiums—yet not provide any extra coverage.

Our Anthem benefit for outpatient dialysis was 10% coinsurance with a $200 annual deductible, until we reached $1,000 in out-of-pocket expenses each year. After this point, dialysis was then covered 100% with no coinsurance. There was no co-payment for dialysis treatments.

For the first 33 months of dialysis, Anthem was Tom’s primary and only insurance. It was hard to decipher the DaVita claims on the Anthem EOBs since all items had the same description as “hospital services,” even though it was outpatient dialysis. Tom does home hemodialysis four days a week, and we could clearly see four dialysis treatments being billed each week. Toward the end of 2015, the DaVita charge for each home dialysis treatment was $3,938, with actual payment made by Anthem at the contracted rate of $625 each. As our deductible and out of pocket maximums were pretty low, we reached these limits in January each year, and after this, dialysis was 100% covered. We normally received DaVita bills for the services in January, and after that we did not receive DaVita bills since all services were covered 100% by Anthem.

The Anthem EOBs for DaVita also showed other line items that did not seem to be dialysis treatments. These were, as always, described as “hospital services” and seemed to be varying amounts, such as $1,617.75, $2,260, $573.75 or $84.30. Anthem never paid on these other services, which we believed were likely blood tests, vaccinations, iron infusions, and Epogen® injections that were all supplied through our DaVita center as part of dialysis care. Instead of being paid by Anthem, they each had a note on the EOB saying:

“A PAYMENT FOR THIS PROCEDURE IS INCLUDED IN OUR PAYMENT FOR OTHER SERVICES PERFORMED ON THE SAME DAY. YOU ARE NOT RESPONSIBLE FOR THIS AMOUNT. (M012)”.

The only line items Anthem seemed to pay for was the actual dialysis treatments, which we could easily identify since there were 4 of these billed per week, each always at the same amount. Thus when Anthem was our primary and only insurance, they covered ALL DaVita services 100% after our out of pocket max was reached, and we paid NO co-pays and did not pay for anything else DaVita billed.

During Tom’s first 2 years on dialysis we began to learn more about Medicare even though he decided not to enroll in Medicare initially. There is a coordination of benefits that determines which insurance is primary for dialysis patients. The coordination of benefits (COB) period is 30 months long, and it starts when a person is eligible for Medicare, whether or not the person enrolls. We learned that after the 30 month COB, Medicare would become the primary insurance coverage and our Anthem insurance would be secondary.

Most importantly, we learned that if a person still decided not to enroll in Medicare after the COB, the private insurance company could begin to pay as a secondary payer anyway. Thus Tom had to enroll in Medicare even if Medicare coverage was more expensive and not necessary. If he did not, we would potentially have huge medical bills as Anthem would not be paying as primary any more.

Tom enrolled in Medicare with an effective date of 12/1/2015. It is important to note that he continued with the same DaVita dialysis center and the same services as prior to Medicare, namely dialysis, blood tests, vaccines, iron infusions, and Epogen® injections.

We knew that the Center for Medicare & Medicaid Services (CMS) has rules on how to bill for dialysis and dialysis related services, and they are found at:

CMS has decided that many of the services that support dialysis are to be paid as a bundle (ESRD bundled payment system). Thus the dialysis company charges for all of these items, but Medicare pays for them all included under one payment per treatment. To us, this seems pretty much the same as Anthem did when they were primary. One payment per treatment covers all services.

We believed these services were part of the $257.44 bundled allowance for each treatment. We understood the Medicare MSN and it looked correct to us.

Since the bills were from DaVita, I called them in September 2016 and the DaVita billing rep followed up with Anthem. The DaVita billing rep told me that the Anthem contact said we had a co-pay for lab tests, and DaVita was billing us for these co-pays. This seemed odd since (1) in the past before we had Medicare we never were charged a co-pay for lab tests done at the dialysis center, and (2) we knew that the Medicare bundle included these lab tests.

“Our rep researched claims from April – August and it looks like the Medicare crossover to BC is crossing over with the incorrect information.  She is sending new claims along with the Medicare EOB’s to IBC for reprocessing.  She will follow up in 7-14 business days and let me know of any issues.”

We continued to receive bills from DaVita for these odd amounts even after this supposed reprocessing by DaVita. Whenever I called DaVita regarding their bills, trying to explain that the labs were included in the bundle, the billing reps replied (paraphrased):

“Anthem is telling us you owe co-pays so we are billing you for that. If you have a problem with it, call Anthem.”

I tried to call Anthem at least three times to ask why the lab tests were not included in the dialysis bundle. Whenever I called Anthem, they said (paraphrased):

“DaVita is telling us that you are having lab tests. Your benefits have a co-pay for lab tests, so we have a right to collect that co-pay from you.”

None of the Anthem reps seemed to understand the Medicare dialysis bundle. I tried over and over to point out that the Medicare MSN said the maximum we could be billed for these services was $0.00. After I tried in vain to explain Medicare bundling, an Anthem rep told me (paraphrased):

“Anthem is secondary, not a Medicare supplement. It will not mirror Medicare rules, but Anthem will follow their own rules. Anthem will unbundle all charges and pay line-by-line. Your co-pay is the full allowable charge, because although we show a payment amount for other insurance, Medicare did not actually pay on this line item.”

Somehow Anthem was "unbundling" the Medicare allowed amount for the dialysis bundle, and dividing it up for each line item charge. Our Anthem EOBs showed this. This seemed really unfair and unlawful—Medicare said the maximum we may be billed for these blood tests is $0.00 and the footnote on the Medicare MSN for these blood test said they were “paid at 100%.” How could Anthem then impose a co-pay?

At this point, both DaVita and Anthem seemed unwilling to help and their explanations did not satisfy me. I called the Pennsylvania Insurance Department to file a complaint about Anthem. They told me that Anthem was not governed by Pennsylvania, and I should call Verizon’s HR department to find out which state the policy was governed by, or if it was self-insured, in which case I would need to complain to the Department of Labor.

A Verizon HR employee suggested that he contact Anthem’s Verizon account team before I made a complaint, to see if they could resolve the issue. I was given a dedicated person on the Anthem account team. Within one week, this person had listened to the recorded calls I had made to the Anthem customer support line, and identified “training and educational opportunities” for the Anthem reps I had spoken to. They had given me wrong information, and she said we were not responsible for co-pays on these lab tests and she would work with DaVita to straighten out the bill.

Unfortunately, DaVita was non-responsive for weeks. The day I was first contacted by the Anthem dedicated account rep, I gave her copies of the DaVita bills, Medicare MSNs, and the email address for our DaVita insurance counselor. The Anthem rep called DaVita billing customer support that day, and every day for the next 20 business days. It was not until the 21st business day of daily calling that anyone from the DaVita billing department returned the call from Anthem. During this period, both the Anthem rep and I contacted the insurance counselor at our local DaVita center many times to ask for help in contacting the billing department. This DaVita employee sent us five separate emails during this period promising us that someone from the billing department would contact Anthem. Finally on the 21st business day of daily calls (29th calendar day) we got a live human being from DaVita billing support to contact Anthem.

On that exact same day, when Anthem finally spoke to DaVita, the problem was solved.

The Anthem rep determined that:

Anthem supported my original position from back in September: the laboratory charges were part of the bundle (which Anthem calls “inclusive” and a “provider write-off”), and we did not have to pay a co-pay. To fix the problem, Anthem had to:

It took hours of work, many phone calls and determination, but I was right in the end. I learned that the phone reps for insurance companies and health care providers can be dead wrong, and to document each phone call with the person’s name, date/time of call, and write down word for word what they said. Additionally, I learned that they really do record your phone calls, and this can work to your advantage. It is important to utilize email too, since this creates a written record of who said what. And, finally, if you feel like something is not right—be persistent.