About Me: Before, During and After Starting Dialysis 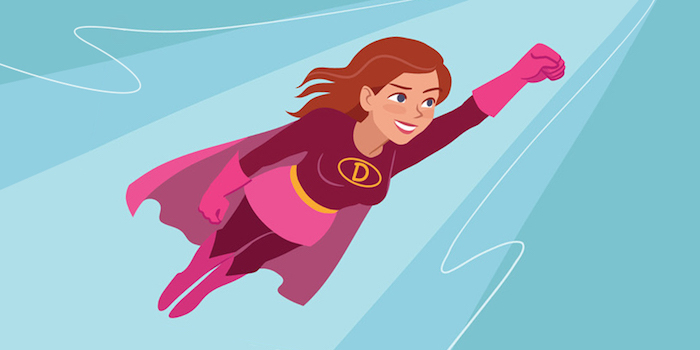 I woke up from surgery, with the surgeon leaning over me saying “from now on you must treat your arm like it is your lifeline, because it is!” and so my journey began. I had managed to dodge the dialysis bullet for almost 20 years (that journey, in itself, would fill another blog), but now my time was up. I knew at Christmas my days were numbered. For years I had made peace with end stage renal failure, and knew that I would never survive dialysis. I was OK with it!

I took my 90 year old mother, who drank like a fish and smoked like a chimney all her adult life, to my family doctor. After reviewing her labs the doctor looked at my mom, and said “whatever you are doing, keep on doing it.” He looked at me, and said “the last time I saw labs this bad, the patient was in a coma.” I was trying to get hospice for my mom, and instead, he said he’d order it for me.

I can’t say I was surprised. Various nephrologists had been trying to get me on dialysis for years, but I always said “I’ll call you when I can’t get out of bed anymore”. That day had finally arrived. I crashed during a minor out-patient surgery, and was hospitalized.

I credit the consulting nephrologist with my being alive today. I told her I had no intention of living my life hooked up to a machine, that my passion was traveling, and without that I had no reason to live (well, except for 3 precious grandkids, but that will come later!).

The nephrologist told me, you are young (at 62, with a GFR of 8, I didn’t feel that young), and that her sister had been traveling the world on dialysis for the past 20 years. I didn’t believe her, but made a follow-up appointment anyway. I drove to the office on a Thursday afternoon with lab results and previous testing in hand. The doctor gave me two choices, he could send me to the emergency room, and start the admission process to get me going on dialysis, or set up an admission for the following Monday.

I didn’t trust myself to return on Monday, so I said I’d go with Plan A and headed to the ER. From that moment on, instead of everything being a blur, it was like the fog lifted! The next day I had a chest catheter put in, my first dialysis treatment, and the first of 3 surgeries to put in an AV fistula, or as dialysis users refer to it, their “lifeline”. It was like being on a production line, on steroids.

DURING DIALYSIS:  THE STARTUP

I went home the following Tuesday, and promptly reported for dialysis at the nearby clinic on Wednesday at 4 pm. Sometimes, I admit, I am a control freak, with little patience for the failings of others, and, at times, even a bit of a perfectionist. Now, for the first time in my life, I was totally at the mercy of others—and this lifeline—which connected me to an intimidating machine that kept beeping alarms and pumping blood in an out of me! It was a truly humbling experience. I wish could say it got better, but at least I did!

Even though the “renal fog” lifted after the first dialysis session, the first few sessions still went by in a blur. But pretty soon, I had the routine down pat. Before long, I noticed that I could go up and down stairs again, even carrying laundry. I could walk the length and width of the grocery store without using the cart as a walker, and then, my mental acuity slowly returned.  I was literally bouncing off the walls with new found energy. To think that nine hours a week hooked up to a machine could do all this; it was nothing short of a miracle.

One thing you learn with a chronic illness is who your friends really are! When I had to cancel a dinner party because I was in the hospital, I never really heard from that group of “friends” again (“friends” who had been gathering monthly at each other’s homes for more than 10 years). Well, there were one or two generic emails and a get well card that arrived about 2 months later. But really, I learned that starting dialysis was like contracting a social disease, and most people were afraid of it, and me!

On the other hand, a casual acquaintance over the years, a once a month, lunch date, sort of friend, never failed to send a text or email, asking how I was, offering assistance if I needed it. She respected my fierce independence, but in a pinch, I knew I could count on her, and she has been my biggest cheerleader since!

I knew that my life was beginning to return to normal when this friend and I went out to lunch one day, a month or so into dialysis, and I could not shut up. We talked for hours. Suddenly, I realized that I was getting better, that before dialysis, it had taken too much effort for me to even hold a conversation. Yet she had been there for me, before, during and after dialysis, talking or not.

Enter NxStage. One of the reasons I agreed to dialysis in the first place was because of the emergence of home hemodialysis therapies, mainly NxStage and the System One home dialysis system. All I was waiting on was my fistula!

It’s funny how life resolves itself! After years of wondering what to do with my life, and avoiding dialysis like the plague, here was opportunity, staring me in the face! As I struggled with training and transitioning to home dialysis, dealing with a personal tragedy, coping with my mom’s care, I felt overwhelmed and lost.

One night, while on treatment, everything was going wrong. Who do I turn to? I found a Facebook group for Home Dialysis Central, and Home Dialyzors United. All of a sudden, I was no longer alone! My question was answered, my faith restored, and I was making lifelong friends and connections who could share in my journey as I was sharing theirs!

It was a short 3 months later when I received a phone call to join the Board of Directors for Home Dialyzors United, and pack my bags for New Orleans to meet up with them for the Annual Dialysis Conference. Four short years later, I just returned from that same meeting, this year in Orlando. This time I was a panelist for two sessions, and HDU was in back to back meetings from 7 am to after 10 pm with everyone and anyone in the renal and dialysis field. I had to stop and ponder over all that has happened in such a short time.

Advocacy is nothing new to me, I began my career on a soapbox when I was 16, during the Vietnam war. It was unjust, in my mind, that young men were drafted for war, without the ability to even vote for those who were responsible for the battle. So, I worked with Common Cause to get the voting age lowered from 21 to 18. Several decades, and many issues later, I cannot avoid the irony that yet again I am advocating, this time for optimal dialysis, and despite the fact that I avoided it for over 20 years!

I am probably one of the few people you will meet who will tell you I am glad I started dialysis. In retrospect, most of my chronic health issues were related to untreated anemia. Once I started dialysis and my anemia was managed, my health was better than ever! Intuitively, I seemed to know how much dialysis I needed to maintain excellent residual function, which has contributed to my overall quality of life for these past five years, and still obtain optimal dialysis. Only recently have I come to learn that this modality is called incremental, and while still somewhat controversial, more and more studies are showing the benefits for a specific dialysis population. I also like dialysis because, when I am ready for, or need a treatment, my body responds with a big “Aaaah”, almost like getting a massage at the spa! No lie! It is soothing, and with a little soft music, I am off to LaLa Land for a few hours.

So, thanks to dialysis, I found a renewed passion for life and living. I also know that, if the day ever comes when I can no longer maintain the quality of life I have become accustomed to, that I still have the option of calling hospice. But that is a discussion for another day…