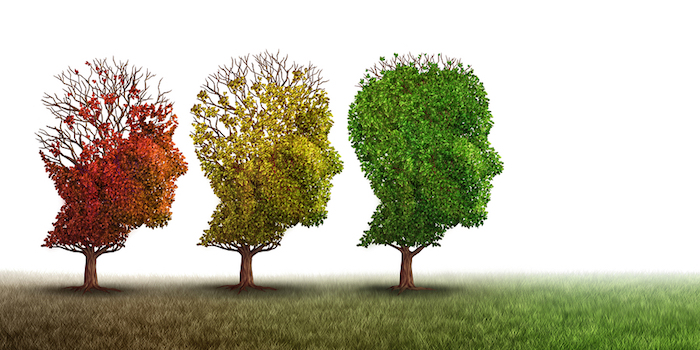 Certain ethical dilemmas arise repeatedly in the setting of kidney failure. Who should be first in line to receive a scarce and precious donated kidney, for example? How can we balance individual patient needs against clinic processes or bottom lines? When should dialysis be withdrawn—or not started in the first place? In the past year or two, several conversations about dementia in the setting of dialysis have helped illuminate some of the challenges we face around having difficult conversations and ensuring that patients and families’ needs are incorporated into decision-making.

Personally, I believe that dementia should be a hard stop for dialysis—but the RPA guideline for appropriate dialysis initiation and withdrawal has some wiggle room, suggesting that nephrologists consider not offering dialysis to those who can’t cooperate due, for example, to dementia. There are no hard lines, here. Should there be?

The second conversation—via email—was with the son of a man with “mild” dementia whose nephrologist would not offer dialysis.

“I am writing today about my elderly father (89) who other than kidney disease is strong and basically healthy... (Heart, Lungs, etc.) and was hoping perhaps you can provide some guidance.  Our Nephrologist has informed us to prepare him for hospice care due to the severity of his creatine [sic] levels. and other kidney function measurements.  He is suffering from mild dementia and it is thought he would not be able to handle the dialysis regimen.

The basic point between life and death is this...it is feared he would rip off the medical equipment in a rage attached during dialysis…or rip out the port at another time (Day, Night etc) when he is bothered by it being an ‘unnerving foreign presence’ thus immediately endangering his life. His kidney function is now down to 13%.

My brothers and I are troubled by this diagnosis.  One brother asks what would be done with a thirty year old mentally retarded individual in need of dialysis.  Would we say he is untreatable due to his mentally compromised state or would we take drastic steps to ensure he receives the dialysis?

Again, other than the state of the kidneys my father is strong and in excellent health.  His daily life is of high quality...he can chat, laugh, recall old times and read the paper. He even goes on his exercise bike when I can coax him... Most of all, he truly wants to live.

Is it possible to sedate or prescribe drugs that might relax him and allow for submission to dialysis? Is that something that is possible on an ongoing regular basis day and night.. or are the risks too great? What might other people in our situation have come up with? Is there any "company designed" or other, makeshift "Port Protector" a covering or other device to prevent elderly people in a fog from yanking the port out and bleeding to death? One that can't itself be banged and smashed bringing harm to them?

I would gratefully appreciate your insights on this matter and any response could be tremendously helpful, as the time clock is ticking and my father’s life is literally at stake.”

Suspecting (correctly, as it turned out) that the issue was not so much the doctor’s refusal of dialysis, but the less-than-ideal communication surrounding the rationale for it, I wrote back, “I'm so sorry to hear about your father's illness.  It sounds as if you have some concerns that his care team doesn't view his life as valuable (and "worth saving" with dialysis) due to his thus-far mild dementia.  This must be very upsetting for you and your family who clearly love him dearly.

We are not doctors, and can help you formulate questions (for yourselves and for your dad's care team), but can't generally answer them for you.  So, a few thoughts:

You and your brother are not ready to have your time with your father draw to a close, and that is very understandable.  As I said, he may well have a bit more time before his kidneys can't sustain his life.  I don't think his medical team is trying to deny him life-saving care or to devalue his life.  It sounds to me as if they may not have done a great job of articulating why it may be kinder and more compassionate not to put him through the rigors of dialysis, since it is unlikely to help him live any longer.”

The third conversation was with a fascinating and very well-spoken woman who had retired as a college professor—and now had dementia herself along with stage 5 CKD. After caring for her mother for 12 years with Alzheimer’s (the last 3 “horrible”) she knew what to expect, and what she didn’t want. While she used to be able to speak several languages, she had lost that ability, along with math and directions. “All the doctors will say so far is, ‘You’re a good candidate for dialysis,’” she related. “I don’t want to live like that. If I start, I don’t know if I’ll have the mental competency to say when I want to stop.” I urged her to see her attorney again, be certain her advance directive includes specifics about her wish to refuse dialysis, and to give a copy to her doctor. Luckily, her elderly husband was supportive of her wishes. How could her healthcare team not address her dementia when discussing her future treatment options?

The nurse granddaughter of an 80-year old woman with dementia severe enough to require 24/7 care was shocked that the nephrologist wanted the family to get education about dialysis before he sees her again. “But, she has no quality of life. She does not have her mind! I wanted to strangle him!” she said, in her frustration. I recommended that she ask the nephrologist, “How long might she live with dialysis?” and “How long might she live without it?” to help the doctor communicate the likely futility of care to the rest of the family.

Years ago, a very wise and funny older man who chose to stop dialysis after a cancer diagnosis wrote: “I have always regarded the ability to choose the time, the hour, the place and the manner of our death as the greatest privilege that dialysis gives us.  And it is unique to us. So I'm grabbing the opportunity with both hands. I wish I had a third to embrace it even harder.”

The ability to choose the manner of death is not a privilege restricted to stopping dialysis—it applies to not starting as well. And, this is something that we, as a community, may want to consider when two otherwise terminal illnesses collide.