The Joys and Cruelties of Medical Invention and Treatment Innovation 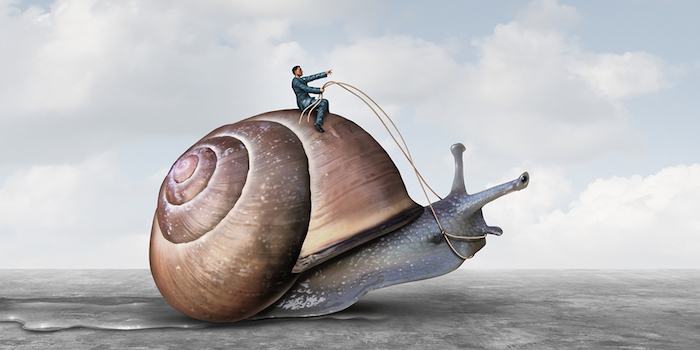 “Breakthrough,” “solution,” “advance,” “life-changing,” “Game-changing,” “Revolutionary”... are words that are all too commonly used loosely or thoughtlessly by breathless media reporters without due regard for those whose lives turn or hang on the subject of their report.

One could argue that in the whole firmament of medical research, there is no greater tease than the search for a wearable, portable, implantable, bionic, or immunologically-neutral but transplantable kidney for the several million global sufferers of kidney failure.

In the past half a century or more, huge developmental strides have brought many cancers that were once thought incurable to be controllable, or even cured. Improved techniques in heart surgery have realised amazing corrective steps in surgical repair, stenting, valve replacement, and dysrthythmic ablation or pacing overdrive. Joints can now be successfully replaced in most orthopaedic corners of the human skeleton.

But, those with kidney failure—especially those unsuited for transplantation and thus dialysis dependent—sit...week in, week out...year in, year out...and if they are lucky to survive the rigours of poorly prescribed and inadequately delivered dialysis for long enough, decade in, decade out...next to the very same technology that the first patients I began treating with dialysis sat next to in 1971. The very same! Nothing has changed.

It is therefore little wonder that there is unrest in the camp!

When will there be a (truly) portable machine that does not cost a physical, financial, or psychological arm or leg to travel with? The answer “soon” has long turned sour like rancid milk. Nothing seems to change, especially for the patients who die as they wait in hope.

Misunderstood, though, is that interminable chain of events: the idea, the funding, the research bench, the testing, the review, the back-to-the-drawing-board, the refinancing, the refinement, the regulatory submission for approval, the return for fine tuning, the limited human trials, the review of data, the further fine tuning or correction of errors, and even then, the exhaustion of the human researchers and the uncertainty of fruition.

A current and nearly there, nearly there new technology is the Quanta SC+ system—a small, portable, but still conventional single pass dialysis platform that has been under development in the UK for the best part of a decade. Yes, a decade, for that is the lead-time between:

As this decade of development passes, technology and computing have also, independently, shot ahead. Instance the capacity for touch-sensitive patient interfacing: the input and information screen was not even envisaged at the outset of the concept sketches and first design. But, if a system is not state-of-the art at the date of final product launch, it will be outdated before it goes live.

So, in the background, constant redesign and refinement is essential, though each upgrade in design imposes new integrative challenges, lest the machine as a whole becomes a hotch-potch of separate silos that sit uncomfortably against each other, rather than combining into a single, sleek and slinky, successful system.

Even then, to take the completed system around the world as a commercial product requires the assembly of robust and efficient marketing, support, and servicing departments. Each country has its’ own regulatory body: the FDA in the US, the TGA in Australia, and none will accept or trust the assessment of another. They must all, in their own way, assess how this new system might work, apply and perform under local conditions and in the setting of local practice. The FDA will insist on its own (lengthy) due diligence assessment. Not surprisingly, the TGA will not accept any FDA approval carte blanche, without engaging its own Australian experts to review the data and test the system. And, so it goes, country by country.

The conception, gestation, and birth of any new medical technology—let alone the stumbles of introductory infancy and the tribulations of early commercialisation—before the emergence of mature, stable, everyman availability are gargantuan.

Perhaps this helps to explain why the emergence of new stuff seems so agonizingly slow to the frustrated and desperate people out there who continue to hope against hope.

But…don’t give up your hope. Many are trying, and trying with all their might. Some steps, small, but telling, are being made, across the board in all facets of renal replacement care, be it dialysis, transplantation, or the mechanical replacement of the kidney with an implantable artificial option.

Sadly, these efforts may not come to fruition in time for many who read this blog, but, eventually, yes, they will. While hope is the candle that sustains humanity, impatience is the soft breeze that gutters its flame.

As I read, post after post about the imminence of the implantable kidney—and I applaud the work already done—I feel compelled to remember that an idea needs funding to permit researchers to research, a bench and much testing, then reviews that lead back again to the drawing board, a search for refinancing to permit refinement, then bench trials before application for regulatory approval to proceed to human phase trials, trials that often fail or reveal errors that lead back to the bench-top…and thus scripts the reality of all research endeavours.

Thus, the too early and too breathless use of words like “breakthrough,” “solution,” or “advance” can cruel the joy of medical invention and treatment innovation, and must be always used with due care and caution.

Maintain hope—yes—but be wary of reporters who pay scant regard to those whose lives turn or hang on the subject of their report.