This blog post was made by Dori Schatell, MS, Executive Director, Medical Education Institute on July 19, 2018. 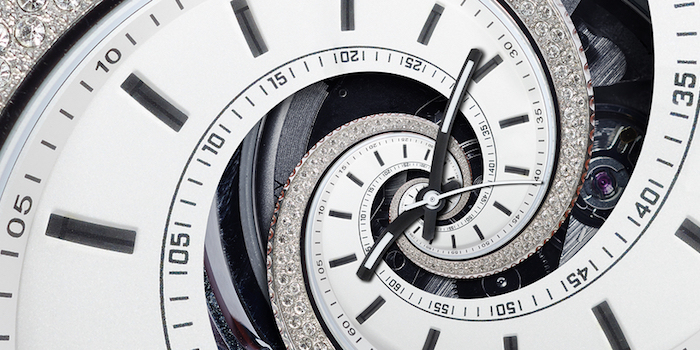 Three years ago, I wrote a post called Let’s Apply Common Sense to Dialysis: More is Better. In case you don’t want to take the time click the link and read it, my key points were that more hours of HD were associated with:

Now, with yet more data to support the need for increased “membrane contact time”—as Dr. John Agar refers to it, this seems like a good opportunity to unpack the topic a bit and update it. So, here’s a bit of a timeline. It’s not all-inclusive, and feel free to use the comments section to point out things I’ve missed. These are just the papers and events that are salient to me—and perhaps to you as well: 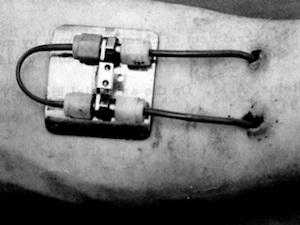 1960s – Chronic hemodialysis began in Seattle, WA on March 9 with Boeing mechanic Clyde Shields as the first patient.1 This breakthrough was made possible by the Scribner arteriovenous shunt. Early Seattle patients dialyzed every 5 to 7 days—when symptoms of uremia appeared—which was changed to 12-20 hours twice weekly when it became evident that severe hypertension and peripheral neuropathy were occurring, and then to thrice weekly, 6-8 hours overnight, which was key. “A 1967 review of the Seattle experience confirmed neuropathy could be prevented, arrested, or ameliorated with more intense dialysis, and noted that adequate dialysis was defined in 1964 as that amount necessary to prevent or arrest uremic neuropathy.” Interestingly, today we seem to have no idea what causes neuropathy—or what to do about it apart from prescribing Neurontin and the like… Too, Clyde lived for 11 years—a feat few standard in-center dialysis patients manage today, despite more biocompatible dialyzers and more sophisticated machines.

1968 – Bernard Charra, in Tassin, France, began offering thrice weekly 8-hour HD sessions at first both at home and in-center; later primarily in-center.2 A 30-year summary of 6,500 patient years, published in 2003, noted that Tassin patients on this schedule had excellent middle molecule removal, blood pressure, phosphate, and potassium control—with few medications. Their standardized mortality was about 45% of the U.S. value for comparable patients. Interestingly, among 49 Tassin patients switched from an 8-hour to a “SHORT” (!!!) 5-hour dialysis schedule with the same targeted Kt/V, mean arterial pressure rose significantly (10 mmHg), 10% needed to start blood pressure meds, hematocrit dropped—with EPO—and patients lost lean body mass. The authors noted that, “In 2002, one must aim at optimal rather than just adequate dialysis. Optimal dialysis needs to correct as perfectly as possible each and every abnormality due to renal failure. It can be achieved using longer (or more frequent) sessions. Overnight dialysis is the most logical way of implementing long HD with the lowest possible hindrance on patients’ life.”

1972 – CMS institutionalized thrice weekly HD treatments by incorporating thie Seattle—which was based on shortages of dialyzers, machines, and financial support prior to this date—into the new Medicare ESRD Program, which took effect in 1973. Four, five, six, or seven days a week were not investigated: the resources were simply not there to support this. Since the U.S. offered three treatments per week, so did much of the rest of the world…

1981 - National Cooperative Dialysis Study misleads nephrologists for decades. I was new to nephrology when this was released (just 2 years in), but the reverberation of the findings has lingered. “Long” hours (4.5—shorter than “short” in Tassin) vs. “short” (3 hours) and high vs. low time-averaged concentration (TAC) of urea were compared in just 151 randomized patients—in four groups! (see table). This 22-month study did perhaps more damage to U.S. dialysis than any other single study before or since. By choosing urea as the solute to measure, nephrologists were distracted both from the middle molecules that really can cause long-term harm and from the vital importance of gentle ultrafiltration. (See Dr. Agar’s brilliant post, Forget Urea, It’s Fluid that Kills.) The authors concluded that, “Although there are marginal effects suggesting that short-duration therapy may be inferior to longer-duration therapy, these effects are minor when compared with the effects of TACurea.” This conclusion has been roundly critiqued ever since, including by Drs. Gotch and Sargent who devised the Kt/Vurea formula and said (in 1985) that the statistical analysis of the NCDS study “may not be valid because a continuous outcome function is assumed, and due to study design, Kt/V was a dependent variable of pcr (protein catabolic rate) and these two variables cannot be clearly separated by analysis of BUN and pcr alone.”3 Nephrology luminary Dr. Zbylut Twardowski pointed out in a 2013 critique of randomized controlled trials in dialysis that the NCDS was “the worst example” because it committed a type II statistical error (by finding that time did not matter) and established Kt/Vurea as a measure of dialysis adequacy which, “led to short dialysis, and possibly higher mortality in the USA.”4 Due in part to this study, the DOQI guidelines—in 1996—included “Hemodialysis Adequacy” instead of far more important things like ultrafiltration rate and cardiovascular death on dialysis.

2000 – Dr. Andreas Pierratos reported on the Humber River Hospital nocturnal home hemodialysis program of the University of Toronto at ASN. I still remember sitting among what seemed like a sea of nephrologists to hear him describe patients who were eating with good appetites, sleeping well, working, having sex lives… It was immediately obvious that the Life Options Rehabilitation Program (that MEI had done for 8 years by this time) wasn’t sufficient to help patients live long and live well. They needed more hours of HD!

2006 – The Dialysis Outcomes and Practice Patterns Study (DOPPS) looked at US dialysis vs. other countries—and found us wanting. In what is still one of my favorite papers today, Dr. Rajiv Saran et al, published an analysis of 22,000 HD patients from seven countries, looking at treatment time and, presciently, ultrafiltration rate (UF).5 The result? HD treatments of 240 minutes (4 hours) or more were associated with a significantly lower relative risk of death (p=0.0005), and “every 30 min longer on HD was associated with a 7% lower RR of mortality (RR=.93; P<0.0001). Rapid UF was also linked with a higher risk of death—a key point, as short treatments necessitate either harsh ultrafiltration or leaving patients waterlogged and at risk for LVH.

2008 – Dr. Chris McIntyre’s group dialyzed patients inside PET scanners, revealing that standard HD (with its short treatments) is “associated with repetitive myocardial ischemia”— organ stunning, which “may be important in the development of heart failure in long-term hemodialysis patients.”6

2011 – Dr. Jennifer Flythe et al publish an analysis of rapid fluid removal and cardiovascular morbidity and mortality. Short HD times necessitate faster ultrafiltration rates. Reanalyzing data from the randomized, controlled HEMO study, Flythe et al noted in 1,846 patients that patients whose UFRs were highest were at the greatest risk of death, and even those between 10-13mL/h/Kg were significantly more likely to have congestive heart failure.7 This paper may have helped CMS to finally consider a measure of UFR in dialysis—a metric that, astonishingly, was not collected for inclusion in the United States Renal Data System reports…

2014 – Chief Medical Officers from 14 US dialysis companies publish recommendations to improve clinical dialysis outcomes. Among other sensible tips, they note that: “Fluid removal should be gradual and dialysis treatment duration should not routinely be less than 4 hours without justification based on individual patient factors.” Four hours is short—but unfortunately considerably longer than many U.S. in-center patients receive today.8

2018 - Prospective Q-Cohort study examines mortality and HD session length. This paper prompted this blog post, because it seems that we need to learn the same lessons over and over. In the Q-Cohort study, 3,456 propensity-matched Japanese HD patients were followed from 2006 and 2010. The paper has an up-to-date lit review (more thorough than mine here!) and looked to clarify the relationship between session length and mortality, since session length is (at least theoretically, depending on the health system) modifiable. Mortality was significantly lower for the group receiving HD treatments of at least 5 hours long (remember, this was “short” in Tassin)—at least for patients over age 60.9

But, what about the FHN Nocturnal trial? It didn’t show a benefit of longer HD treatments!10 Well, no. It didn’t. But, the trial was not sufficiently powered, so no conclusions can be drawn from it. Eric Weinhandl did a terrific analysis in this blog post if you’d like to catch up on the details. In the real world, one really can’t “randomly” assign patients to dialysis modalities successfully—any more than we can “randomly” assign them to receive a kidney transplant or remain on dialysis—and compare the mortality. So, I didn’t forget the FHN trial; I just don’t believe the nocturnal arm of the study should have ever seen the light of day, and it certainly shouldn’t guide practice.

How Many Hours of HD Would YOU Choose If Your Kidneys Failed?

At the end of the day, this is the question that prescribing nephrologists really need to ask themselves. In our national survey11, just 6% of U.S. nephrologists said they would choose standard in-center HD. Why prescribe treatments for your patients that you wouldn’t choose for yourselves?