What Can We Really Conclude About the FHN Trials and Mortality on Frequent Hemodialysis? 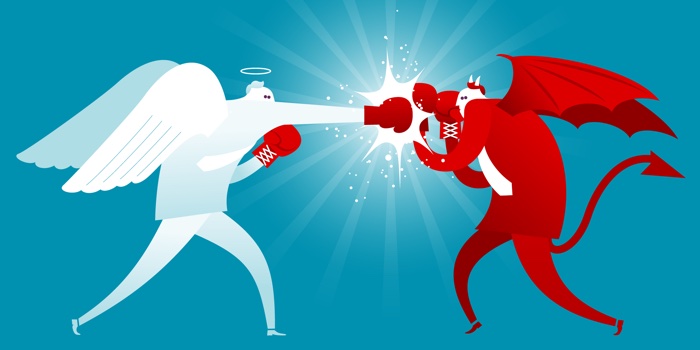 In 2015, investigators in the Frequent Hemodialysis Network (FHN) Trial Group reported long-term mortality patterns in each of the Daily and Nocturnal Trials. In a Journal of the American Society of Nephrology Express publication, Chertow and colleagues reported patterns during long-term follow-up of participants in the FHN Daily Trial. The trial enrolled 245 patients who were randomly assigned to receive in-center hemodialysis for either:

During a median follow-up of 3.6 years, there were 54 deaths:

In survival analysis, the intention-to-treat mortality hazard ratio for frequent versus usual hemodialysis was 0.54. In the September issue of the American Journal of Kidney Diseases, Rocco and colleagues reported patterns during long-term follow-up of participants in the FHN Nocturnal Trial. The trial enrolled 87 patients who were randomly assigned to receive either:

During a median follow-up of 3.7 years, there were 19 deaths:

In survival analysis, the intention-to-treat mortality hazard ratio for frequent versus usual hemodialysis was 3.88. The long-term mortality effects in both trials were statistically significant.

Significant findings in important randomized clinical trials require scrutiny. In the case of the FHN Trials, we see vexing data: opposing mortality effects with two frequent hemodialysis schedules. Are the FHN Trials truly in opposition? Do the trials definitively show that mortality risk with frequent hemodialysis is different than with conventional hemodialysis? For several important reasons, the answer is no. Actually, the trials leave uncertainty about mortality effects.

The FHN Trials randomly assigned patients to either frequent or conventional hemodialysis. The randomized clinical trial is the ideal study design for identifying treatment effects, so long as the trial is large and randomization balances risk factors between treatment groups. However, interpreting mortality effects in the FHN Trials is challenging, because the trials were small, there were differences between treatment groups, and adherence to assigned treatment was low.

First, each of the FHN Trials was relatively small. Sample size is a key determinant of statistical power. Thus, small trials can have limited power to detect treatment effects on some outcomes, especially time-to-event outcomes. In the 2007 report of the design of the FHN Nocturnal Trial, Suri and colleagues wrote, “Although it might have been ideal to evaluate the effects of frequent HD on mortality and other “hard” end points, this would require over 1500 subjects per trial and several years of accrual and follow-up.” What is less appreciated about small trials is their tendency to lead us astray. Significant results in small trials are more likely to be false than significant results in large trials; this is a mathematical fact. This phenomenon can be attributed partially to the possibility of observing atypical outcomes in one treatment group.

In the Nocturnal Trial, there were quite a few differences between treatment groups and many of those differences predisposed daily nocturnal treatment to higher risk of death:

In the Daily Trial, there were also some difference between treatment groups, despite sample size that was nearly 3 times lager than in the Nocturnal Trial:

Adjustment might correct imbalances, but the feasibility of adjustment is uncertain. Each adjustment factor would require 5 to 10 deaths. Therefore, limited adjustment in the Daily Trial is possible. However, the investigators presented no adjusted analysis. In the Nocturnal Trial, with only 19 deaths, adjustment was essentially infeasible.

Another challenge with interpreting mortality patterns in the FHN Trials is low adherence to assigned treatment after the end of each trial. The pre-specified duration of each trial was 12 months. After each trial ended, changes in dialysis schedule were common. Chertow and colleagues reported that at Month 14 after randomization in the Daily Trial, only 28% of patients who were assigned to frequent hemodialysis received at least 4 sessions weekly. Rocco and colleagues reported deviations in both groups of the Nocturnal Trial. Ironically, about 40% of conventional hemodialysis patients converted to nocturnal hemodialysis during the first year after the trial ended.

Thus, the physiologic effects of frequent hemodialysis appeared to be consistent with short daily and nocturnal schedules. This is a key finding of FHN. Other details of the FHN Trials should also be heeded. For example, in patients with marked residual renal function, the prescription of more frequent hemodialysis should be carefully considered. The results of the FHN Nocturnal Trial suggest that the effects of longer session duration in the home setting merit additional study; mean session duration with conventional hemodialysis was 4 hours and 16 minutes! Ultimately, the FHN Trials provide valuable data, especially during the 12 months of each trial.