Pro: Dialysis Patients Dodged a Bullet when Medicare Secondary Payer was NOT Extended 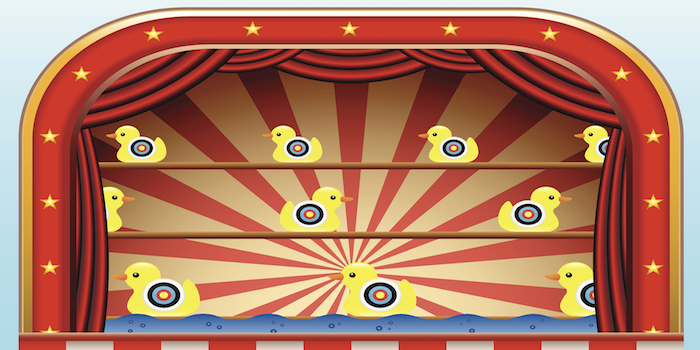 On September 18, 2018, The Hill published an opinion article by LaVarne A. Burton, President and CEO of the American Kidney Fund; Hrant Jamgochian, J.D., LL.M., CEO of Dialysis Patient Citizens; and Kevin Longino, CEO of the National Kidney Foundation. This article supported including a provision to H.R. 6, a bill related to opioid treatment and prevention that would extend Medicare Secondary Payer (MSP) for 3 more months. The rationale offered in the article for extending MSP was that it would “allow kidney failure patients to stay on their private insurance for an additional three months beyond the 30 months currently allowed by law.” The authors wrote in the article, “Empowering these patients and their families with more choices, while saving the government an estimated $344 million that can be used to fund opioid use disorder treatment and prevention programs, is a win-win for all involved.”1

The authors represent three organizations that are members of Kidney Care Partners (KCP). KCP describes itself as “a coalition of patient advocates, dialysis professionals, care providers and manufacturers dedicated to working together to improve quality of care for individuals with Chronic Kidney Disease (CKD).” KCP is a lobbying group that represents business interests and includes patient organizations to lend credibility. KCP has proposed extending Medicare Secondary Payer (MSP) several times over the years, including lobbying to extend it from 30 months to 42 months as far back as 2007.2 Let’s look more closely at those statements. Is extending MSP a winning strategy for all—or is it mostly a winning strategy for dialysis providers and their stockholders?

New patients who get dialysis in a clinic have a 3-month qualifying or waiting period for Medicare. That waiting period is waived for those who get a transplant as their first treatment for kidney failure and those who start a home training program during the waiting period. Under the current Medicare Secondary Payer (MSP) rule, when a new dialysis patient has an employer group health plan (EGHP) as a current or former worker or dependent of that worker, the EGHP pays first for 30 months. Medicare pays first after that. The MSP clock starts when the patient becomes eligible for Medicare whether he/she enrolls in Medicare or not. This legislation would have added 3 months to the period when the EGHP is required to pay first.

In 2015, of the nearly 123,000 new patients that started dialysis that year,3 nearly 88% received hemodialysis in a clinic.4 Only 20% had an EGHP when they started dialysis.5 Extending the period when EGHPs pay first to 33 months means that a dialysis clinic could bill an in-center dialysis patient’s EGHP for 36 months. The clinic would be able to bill a home dialysis patient’s EGHP for 33 months since the three-month waiting period is waived if the patient started training during the waiting period.

There are no national data on what dialysis providers bill to or collect from EGHPs, but a recent article reported that self-insured employers or their plans pay from $350,000 to $700,000 per member who is on dialysis per year and reinsurance companies may have higher limits for dialysis patients before costs trigger reinsurance.6 DaVita reported $828 million in adjusted net income in 2015 and it reported that all its profits came from the 10% of patients at its clinics who were privately insured. Fresenius reported an after-tax profit of $1 billion in 2015. Fresenius hasn’t commented on how much of that profit came from privately insured patients.7

Senators and representatives who have little first-hand knowledge or understanding of the dialysis industry may believe extending MSP is a winning proposition. However, follow the money and you will see that any legislation that includes extending MSP might help some patients, but would allow dialysis corporations to achieve their goal of billing EGHPs as long as they can. A home dialysis patient recently posted to the Home Dialysis Central Facebook group that she gets bills from her dialysis clinic showing charges to her EGHP of $14,000 a week. Allowing her dialysis clinic to extend its charges for another 12 weeks could increase the clinic’s revenue by $168,000 unless her plan has a contract with her clinic for a lower amount. When a patient has Medicare Part B, providers that accept Medicare assignment are only allowed to bill patients if the EGHP doesn’t pay at least 100% of Medicare’s allowed charge. If this patient doesn’t have Part B, she could be left owing more in out-of-pocket costs. That doesn’t sound like a winning proposition for her.

What Does History Tell Us About MSP and Employment?

I am an avowed rehabilitation evangelist. I believe dialysis patients who are willing and able to work should be given a chance to keep their jobs or find new jobs. I am opposed to anything that could jeopardize that! Originally the MSP rule applied to those who had Medicare due to ESRD only. It did not include those with ESRD who were elderly or disabled and covered by an EGHP. In 1990, MSP was extended from 12 to 18 months and the rule changed to apply to all ESRD patients with EGHPs, including ESRD patients entitled to Medicare due to disability or age. A study was conducted to compare the impact of the MSP extension on ESRD patients who were not disabled with those who were entitled to Medicare due to disability. The change had saved the government $56 million, but at what cost?

According to the report, “The ESRD secondary payer provision appears to have negatively affected some beneficiaries ’or their spouses ’access to and retention of employment or employer health insurance. The number of beneficiaries affected, however, was smaII because of the relatively small numbers who seek or have employment.” Talking with the lead researcher W. R. Eichner, shortly after its publication, I learned the impact may have been small overall because few patients worked, but to the 50% of working patients who said they were affected as an employee or owner (34%) or spouse/dependent (43%), the negative impact was significant:

Based on surveys like this and my experience with patients who faced what I perceived to be job discrimination, I continue to advocate against and am watchful for efforts to extend MSP.

I am opposed to extending MSP for dialysis patients in particular for any reason. As I see it, extending MSP increases dialysis providers’ profits while leaving patients with higher out-of-pocket costs for longer. Any extension in MSP requires health insurance companies to pay more. Those higher costs will be passed on as higher premiums, which not only risks patients’ access to health insurance, but to employment itself. That three organizations that support patients did not consider potential risks to patients of extending MSP is disheartening. KCP has repeatedly launched efforts to extend MSP using patients and patient organizations to spread its message to elected officials. We must remain vigilant and fight any extension of MSP for dialysis patients.

Next week: a Con perspective about why extending MSP is good for preemptive transplant.