This blog post was made by Henning Sondergaard on November 29, 2018. 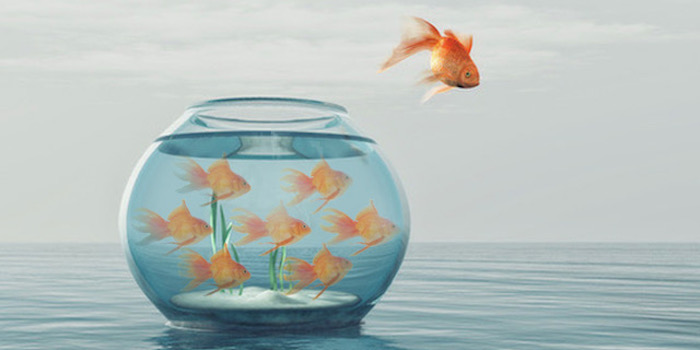 I have had chronic illnesses for more than 50 years. I have been a wheelchair user since I was 10 years old. So, I have used assistive technology my entire life. I have always relied on medical devices to live a good and fulfilling life.

But I have never felt so disabled as I did the first time I set foot in a dialysis ward seven years ago. Not because my kidney disease or the need for treatment, but because of the way I was met by clinic staff. There was no way I could have expected the conditions I experienced. I had feared death because I knew most dialysis patients died within a decade of starting treatment. But after having seen how people are treated, I think death is a merciful option for many. The staff were not cut out to deal with real live people. They treated us as objects to be worked on, not as sick people going in for our treatments.

After my initial brush with in-center dialysis, I started joking that all centers should be placed at least ten stories up—so people had the opportunity to jump out the window any time they had had enough. As the years have passed I have realized how there in more truth to my morbid joke than even I wanted to admit when I first came up with it.

Thank God I knew I wanted to do home hemodialysis long before dialysis became imminent for me. I have seen enough of the inside of hospitals and clinics to know it would never work for me spending hours several times a week in such a place. It wouldn't be good for me and it certainly wouldn't be good for those around me.

To help me to explain why I think in-center is so bad from a mental health perspective I will turn to the last remaining grand old man of home dialysis that I know of, Dr. Chris Blagg. He has explained my point of view more aptly than even I have been able to:

"Patients dialysing in a centre easily become dependent on their doctor, nursing staff and the machine, and when patients lose control of factors that can gratify or hurt them they are eventually reduced to a state of `learned helplessness'." Involvement in their own care is important for all patients with a chronic disease, and particularly for those with chronic renal failure, wherever they dialyse."1

In psychology, “learned helplessness” is a mental state in which an organism is forced to endure stimuli that are painful or otherwise unpleasant. Thereby the organism becomes unable or unwilling to avoid subsequent encounters with those stimuli, even if they later become 'escapable,'—presumably because it has learned that it cannot control the situation.2

Does this sound familiar? I know when I first read the article in which Dr. Blagg makes the above statement, I had a light bulb moment. I have studied learned helplessness at university so I knew about it theoretically. Upon seeing his explanation of in-center dialysis I realized what I had felt while being in-center for a few weeks before I went home. It was learned helplessness. Why hadn't I realized that before? I had been so steeped in the dread of it I had not been able to relate my theoretical knowledge to my lived experience.

The act of being tethered to the machine renders me physically bound and somewhat helpless. But it isn't so much the tethering. I can mentally connect that to my physical survival. It was the circumstances surrounding the tethering that made me go crazy. The strict rules and regulations. The fact that I had to be in a certain place at a certain time. I had to sit in a certain spot next to certain people I might have nothing in common with except for the fact that we are all tethered. The arbitrary ways in which particular staff members treats you while you are there. The way you are rendered dependent on other people's supposedly merciful acts of kindness.

In in-center dialysis learned helplessness is formulated and institutionalized by a culture where healthcare workers end up potentially doing an incredible amount of harm to the minds of patients while they work on saving the bodies and lives of said patients.

I refuse to believe the harm is intentional. It is simply is the result of the situation where we are not able to escape because of the physical situation of the treatment. So, we have to endure whatever they dish out. And most people just sit there and take it all in. What else can they do?

The worst thing might be the utter lack of control people are subject to. Not being allowed to control anything about your treatment baffles me to no end. How can this ever be to anyone's advantage? I can only see it as an ugly power game.

I theoretically understand the fear people feel when they are offered to self-cannulate. But I also know that once someone learns to do it they are extremely reluctant to ever having anyone else do it. It is now an established medical fact that pain is a mental more than a physical thing. We also know that pain is much easier to control once we feel in control of our own situation. I am not always able to explain this to my fellow patients but when I am, they usually learn to self-cannulate in no time flat. But I also have to admit the fear can be so overwhelming that it takes more effort than I am able to extend while sitting by their side in a clinic that in itself instills all kinds of other fear inducing stimuli.

Being the rebel I am, I did very badly with this sort of thing. But that's a story for another time.

What is it in home treatment that makes it so different?

Well, first of all you are home. This might seem trivial. But, I have yet to see a clinic that remotely resembles a home setting. The mere fact that of it being a clinic renders it sterile and by proxy hostile to human wellbeing. It is full of reminders that we are mere mortals. In my home I am surrounded by my own things. I can watch my own TV, listen to my own radio as loud as I wish. I can also have peace and quiet—a total impossibility in any clinic I have been to.

I can run my treatment whenever I want. I can even do it at night while sleeping. And not only that, I can achieve much better results than is obtainable in a clinic setting. This in turn leads to me feeling much better in between treatments because my overall health status is so much better.

I don't have to adhere to random “house rules.” It's my own house and therefore my own rules. I know some of my fellow patients (particularly in the US) struggle with stupid requirements, like certain single pool Kt/V measurements. I am fortunate enough to have a relationship with my clinic based on trust. If I feel and look well and my labs are not too far off there is no need to do anything. Granted, I have earned this level of trust by making sure my levels are excellent. I know patients in my ward that live with much stricter limits because of their behavior and their lab results.

I am in control of every aspect of my treatment. Of course, this is only possible because I have been educated by knowledgeable professionals. But why shouldn't the majority of patients have this opportunity? I refuse to believe that 95% or more hemodialysis patients are too dumb to understand the mechanisms of how to take care of their own treatment.

Research has shown that 90% of dialysis staff members would prefer a home option3. I am sure the number would be considerably smaller in the dialysis population, considering things like the age difference and co-morbidities rendering people physically unable to perform the treatment. But there is a long way from 5% to 90%. And we know countries like New Zealand have a much higher home HD population.

The same research paper, however, might give us an answer to why we are not able to send more people home. In answer to the question, "Who do you think makes the decision about modality?" 57% of nephrologists answered: “The patient decides,” while only 18% think it's the physician. When the nurses in the study are asked, 47% indicated it's the physician's decision, and only 19% think it's up to the patient.

I have no way of knowing what other patients think. But I think I am on safe ground when I say they are much more in line with the nurses than the nephrologists.

So, it looks like we have to educate our doctors so they become much better at trusting the mental faculties of their patients. We have to tell them we are people—not sheeple4.