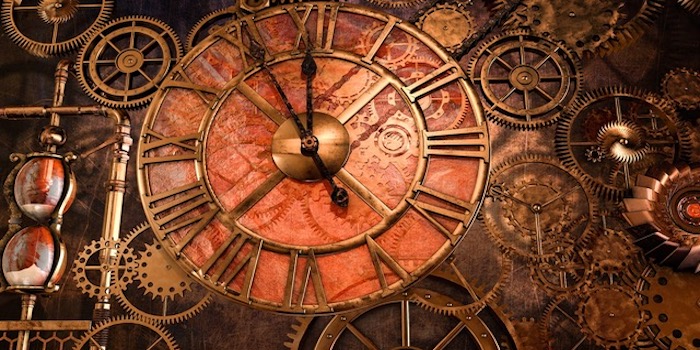 In a recent Journal of Nephrology editorial (published online 19 March 2019) John Agar and colleagues recounted the history of dialysis: Home Dialysis: How it Began, Where it Went Wrong, and What May Yet Be. The authors began by describing the source underlying the deeply flawed inadequacy of American dialysis.

“In the first period of maintenance dialysis (circa 1960-1972/3), there was a hope—even an expectation— among the pioneers of dialysis [Shaldon and Buoncristiani in the UK and Europe, and Scribner in the US] that dialytic therapies may evolve into a primarily home-delivered self-care process that could be held at arms' length from the hospital precinct. And ... for a time, this goal seemed achievable.

However, as fate would have it, politics dealt home dialysis an unintended consequence. One week prior to the US presidential election in 1972, an 11th hour addendum to the Social Security Amendment Act HR 1 Section 2991 saw Medicare assume responsibility for the provision of and payment for maintenance dialysis in the US—an addendum that opened the flood gates for for-profit dialysis in 'centers' while—likely unintentionally—fiscally biasing against home management. Home dialysis—at that time accounting for some 50% of all patients on dialysis in the US—was dead in the water. Most other jurisdictions followed suit.”

Diminished today to only a bit over 1% now—a half-century later—American hemodialysis patients have a mean life expectancy of less than four years, often feel ill for hours after each treatment, are commonly functionally disabled and unable to work—and one out of five end their lives by discontinuing dialysis.

Another recounting of dialysis history is Christopher Blagg’s book, From Miracle to Mainstream: creating the world's first dialysis organization: Early years of Northwest Kidney Center. Blagg became director of the Northwest Kidney Centers in Seattle in the mid ‘60s and recorded a detailed account of the first two decades of American dialysis at its birthplace.

Blagg describes how he and his colleagues concluded from their first decade of experience that longer, slower and more frequent home dialysis produced superior patient well-being and was less costly than in-center dialysis. They made and immediately implemented a decision to shut down in-center dialysis with just two exceptions: they would train new patients in-center to dialyze at home, and would continue to dialyze patients in-center who required hospital-level care. Within months about 80% of their patients were dialyzing at home! But as Agar, et al described, an unintended consequence of the U.S. 1972 legislation would come to destroy this accomplishment.

How did such a disastrous consequence result from this legislation? Agar, et al suggest that it was because it “opened the floodgates for for-profit dialysis in 'centers' while—likely unintentionally—fiscally biasing against home management.

I am in complete agreement with Agar’ second conclusion—fiscally biasing against home management—by refusing to reimburse some important home costs such as compensation for a helper where needed, utilities, etc… even though total home costs were less than in-center treatment.

I don’t believe, however, that for-profit dialysis centers are, themselves, the root cause of the miserable consequences of the 1972 law. Nephrologists following the Seattle example, not businessmen, established the first dialysis centers. Businessmen with their “roll up” strategy came in later, offering nephrologists an opportunity to monetize their investment of effort and dollars and retire with some wealth. Then bigger businessmen bought out smaller businessmen…repeated until just two big companies now dominate U.S. dialysis! (An earlier example of a “roll up” strategy was the U.S. funeral home industry).

But the fundamental problem is not that almost all dialysis providers are for-profit businesses. The problem is that the U.S. Government created incentives to which for-profit firms aggressively responded that are in direct conflict with the interests of ESRD patients—their interests in feeling much better and living much longer.

The solution is to bring patient and provider interests into alignment.

2. Eliminate the “Coordination of Benefits" policy, which flips primary/secondary payer status between higher paying private insurers and lower Medicare payment at month 30...and thus guarantees that providers have a strong financial interest in their patients’ deaths after that month, as the only thing that will end ever-mounting losses from continuing to treat those patients. Ending this death incentive would also reverse the present provider disincentive to invest in practices and technologies that might extend patient life.

3. Reimburse patients for the full costs of dialyzing at home, including reimbursement for a minimum wage helper where needed, utilities, etc… Just follow the Seattle example documented a half-century ago!

It is also time for nephrologists to pause and reflect on the consequences of writing prescriptions for ESRD patients to replace kidneys that once functioned 168 hours per week with an imperfect substitute operating just 9-12 hours per week—shortening lives and leaving their patients sick and dysfunctional much of the time until death, as Christopher Blagg and his colleagues came to understand by1970. In 2002, Belding Scribner, Blagg’s University of Washington colleague, would strongly oppose starting the proposed FHN program for a clinical trial of home dialysis because the evidence was already then clear. FHN would needlessly delay a better life for ESRD patients…nearly a decade for hundreds of thousands (and with a confused result), as it would turn out.

There is now no excuse for the nephrology profession not to establish long, slow, frequent dialysis—only practical at home—as the standard of care for ESRD, absent contra-indications. And make nocturnal dialysis the preferred mode because it preserves nearly all waking hours available for a normal, productive life. It is past time for nephrologists to consign short, infrequent and aggressive dialysis to the dustbin of medical history to take its place alongside bloodletting and leaches…among other earlier forms of malpractice.

These changes would finally get (almost) all parties on the same page:

The consequences for the Federal government would be more complex:

But unfortunately, there is one more thing. Politicians love to talk about infrastructure investment: the need to replace deteriorating highways, bridges, transit, dams, etc. It is perhaps the only thing warring politicians ever seem to agree upon (In April, Democratic house leaders and a Republican president shook hands in the White House over a $2 trillion infrastructure proposal). But the problem is that implementation would require an immediate, significant and hugely unpopular gasoline tax increase…while the benefits will not be enjoyed until several election cycles later, a mismatch that will not favor any incumbent’s reelection prospects. I am not holding my breath.

Any change in dialysis policy that keeps more patients alive longer may face a similar political dilemma. As dialysis patients’ lives are lengthened, global treatment costs will go up, but the global benefits only accrue as these now extended patients’ lives are lived out. And most resulting Federal revenue increases and cost savings will be reflected in budget line items quite distant from the DHHS Medicare ESRD budget that would be underwriting the cost of this change.

We can only hope that more and more bridges and highways get built…and more and more ESRD patients are enabled to look forward to longer, more satisfying and productive lives. The road map seems clear, but can we expect the necessary moral leadership from our nephrologists and government leaders?