Connected to Dialysis for 31½ Years and Happy

This blog post was made by Paz Moscovitch Gun-Zakh on November 5, 2020. 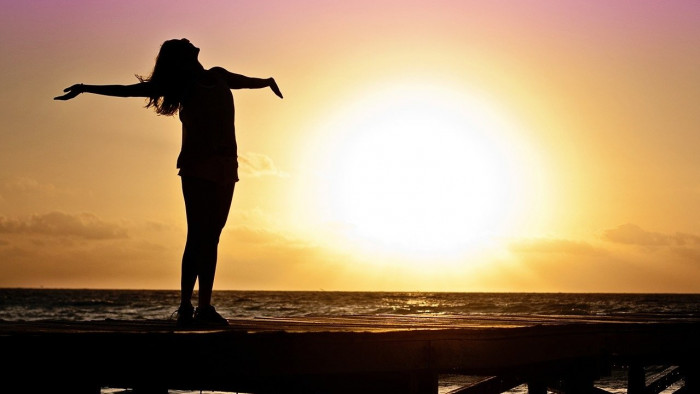 At the age of 12, with all of her life ahead of her, discovering new and exciting worlds, Paz Moscovitch Gun-Zakh became ill, contracting Berger's disease, which damages the kidneys. After three unsuccessful transplants and a life-prolonging operation she has to undergo every 4 months, she doesn't give up, remains connected to life and to her dialysis and makes nothing but the best of it.

I know you're there, Mr. Death, I see you lurking for me in the shadow, and I don't want to come anywhere near you. I'm feeling bad. So bad...I'm vomiting this green substance and suffer burning pain whenever I urinate. Everything is blurry and I'm going back to sleep. I haven't done my homework at all…

I was only 12 years old at the time, right after my Bat-Mitzvah ceremony, which featured a crazy dance party. My mother and father went to bed at a hotel so they wouldn't bother the celebrating adolescents. Willy broke the glass door and everything was shattered, glass fragments were flying everywhere. The party was also shattered, along with the door. Since I had no choice, I called my parents and they arrived. They missed a fun night at the hotel and I missed the second part of the party. Later on, I realized this was the prelude to the first real explosion in my life. My rare kidney disease, the one with the sexy name: Berger's disease.

I'm going to the toilet, once again. After throwing up that green stuff, I sit down to urinate, make an effort and try really hard, feeling that I really want to pee, yet it won't come out, until finally, one drop comes out, followed by another drop. And, with every drop, I scream from pain, to the high heavens. I look and see drops of blood filling all of the water in the toilet. During the course of time, I've learned that this is called “a sensation of blood,” this way, mother can immediately realize what I'm talking about, what I'm suffering from.

It's the middle of the night and mother tries to drag me out of bed. I don't understand why and she whispers to me: “Darling, get up, we really should go to the hospital. You need to feel better and they'll help you”. I don't really want to go, but I trust my mother that they'll help me, that they'll take away this bad feeling.

At the hospital: mother is taken away from the white room and I am grabbed by both arms. One nurse is pulling my right hand towards her and the other is pulling my left hand. Another nurse is strongly holding onto my legs so I don't kick and a doctor is approaching with a needle and a bag of fluids and uses strength to stick the needle in me. I scream and cry: it hurts like hell and mother isn't even here to hold my hand.

Five AM. “Good Morning!”, the nurse arrives and turns on those blinding neon lights at once and shoves a thermometer into my mouth. Hasn't anyone here ever heard of gentleness? Of compassion? Everyone around is still asleep – girls only. Girls and boys are not allowed to be in the same room of the department. The age of 12 is when one normally discovers the other sex; we've discovered physical pain. What could we have done with the boys anyhow...

At the age of 12, a new element was implemented into my life: “The Disease”. I was a typical, flamboyant, hyperactive, happy and vivacious Tel-Avivian Israeli girl. Between the parties, the glamorous dances, Cinema Paris, Dizengoff Center mall, and fashion shows at night, I had to squeeze in hospitalizations. This is how the years of my youth went on: parties, hospital, glamour, hospital, boyfriends and girlfriends and back to the hospital.

So, when I was 12 years old and the kids around me weren't even aware of these concepts, “life and death” were suddenly very comprehensible, very real, playing hide and seek with me, with death always lurking in the corner, like a shadow, like a warning sign.

During the course of time, I learned to stick the needle into myself, for dialysis. I was the biggest scaredy-cat at the children's department of the Tel-HaShomer Hospital. I was the biggest scaredy-cat in my class and the biggest scaredy-cat in school. The same girl that would later on sit at Dan Shilon's circle (TV show), with two red stripes in her hair and talk about the fact that she was after two failed kidney transplants and needs a third (which would also eventually fail). This girl never planned for this to be the story of her life at the age of 24, or to become a matter of public interest, that all of the people of Israel would envelop her with love and send her to her ongoing, unknown fate in the US. 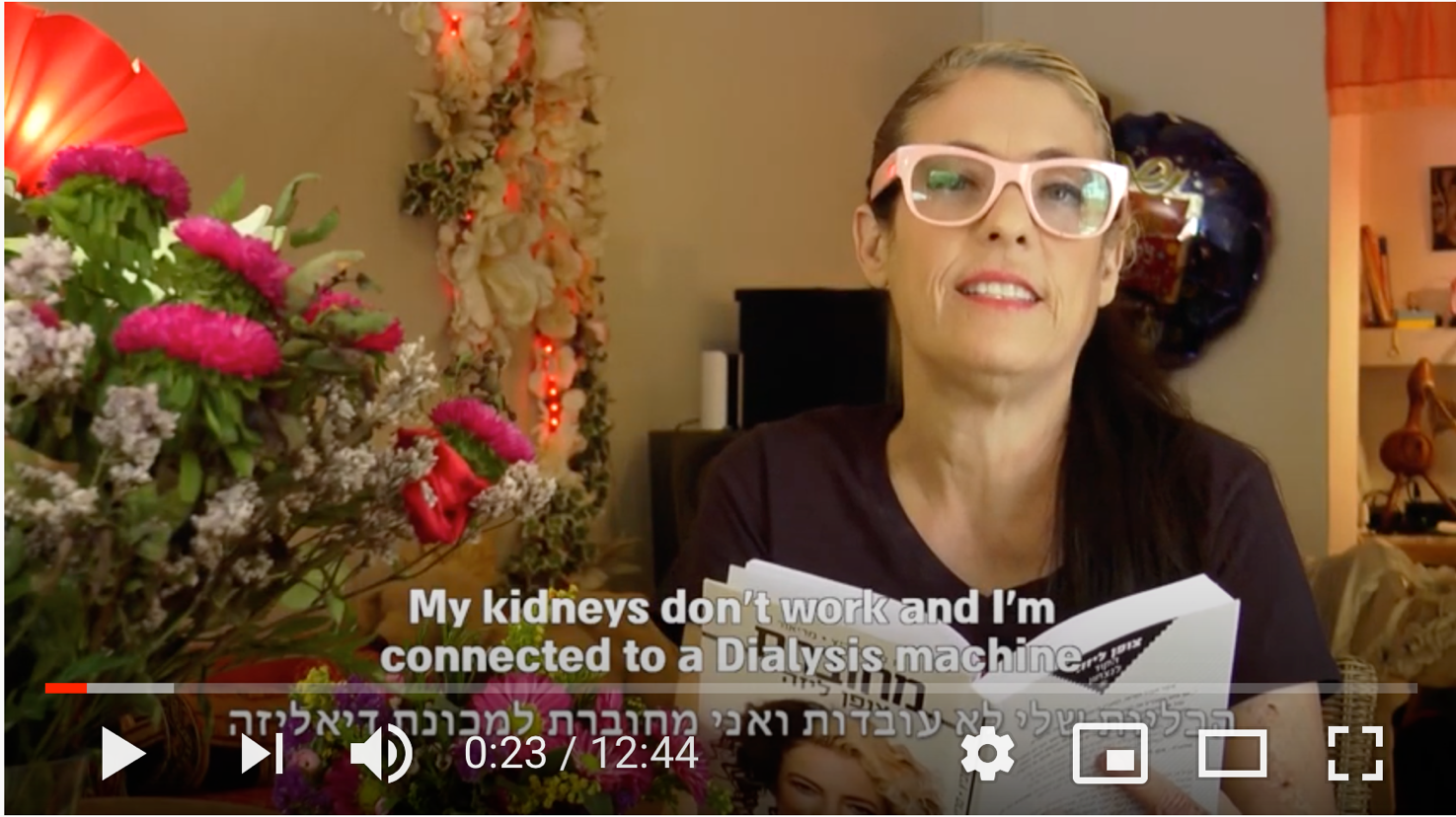 Life and death penetrated me, seeping into my skin and later on even flowing into my veins. Later down the road I would realize that the veins are the main issue and that their history is to accompany me during my entire lifetime. The same veins that work hard when I stick a pair of needles into them to draw my blood out for the dialysis machine: “Die Alices”, which would later become my best friend, the one keeping me alive, during more than 31 and a half years in a row.

Mr. Death and Mr. Life, that “cute” couple that gave the fact that I'm breathing a new meaning.

I pick life, choosing to continue and to leave death waiting there, in the shadows. One day, I'll get there too, like everyone else, but until then – I'm alive! This decision is the first instrument in my toolbox and it shall accompany me throughout my life, from that moment onward.

Nowadays, I'm in good relations with that Mr. Death, who is still standing there, in the shadow, staring at me, amazed by my choice to stick with Mr. Life. Heaven knows, maybe he even worships me and “life” for connecting so strongly to one another, for more than 30 years now. 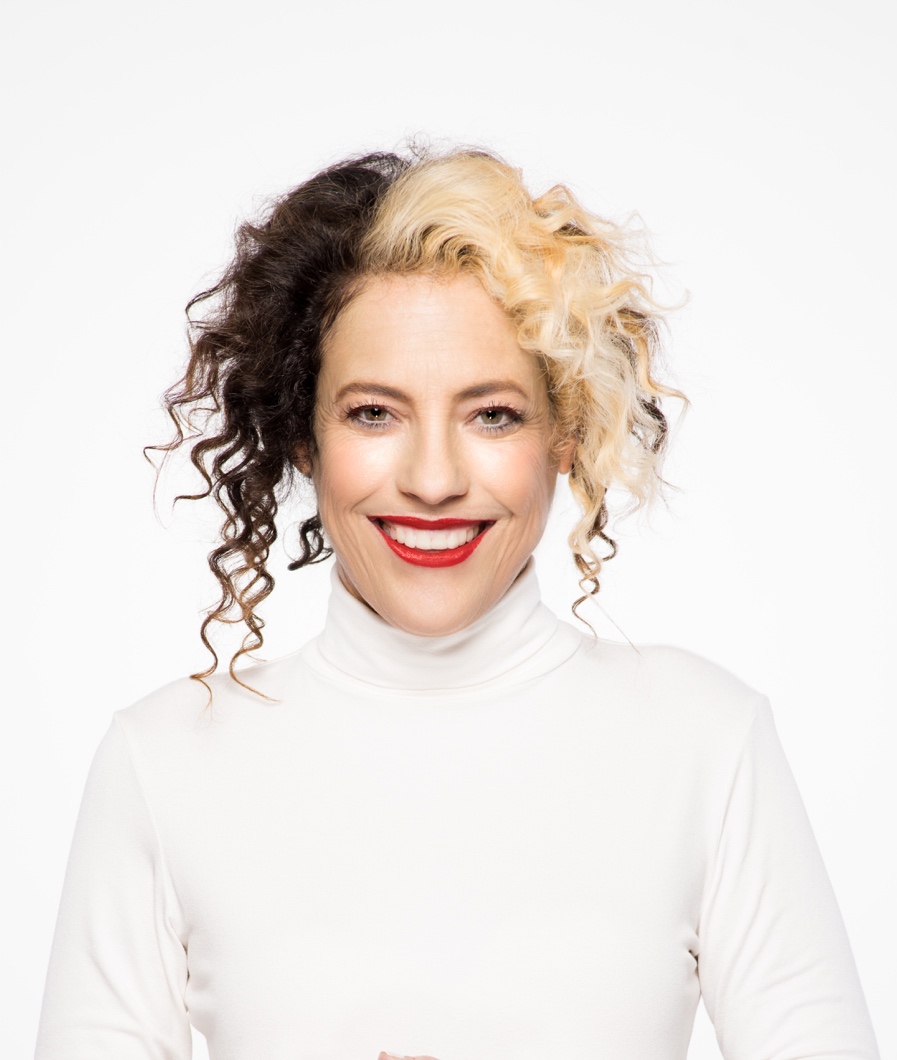 I am Paz Moscovitch Gun-Zakh. Married to Max Gun-Zakh, Oren's sister and Merry-Or's daughter – the three anchors stabilizing my life. I'm an actress, a lecturer and a coaching trainer, I live in Tel-Aviv and am currently on stage with “Connected”.

My kidneys don't function and I've been connected to a dialysis machine for more than 31 and a half years. But more than anything, I'm connected to the motivating force of life, always on a journey between life and death, between the extremities of happiness and sadness, from great pain to moments of success and excellence, a voyage of growth out of crisis, where nothing is ever taken for granted.