Aberdeen to Copenhagen – The Art of Flying with a Dialysis Machine

This blog post was co-authored by Henning Sondergaard , David Rosenbloom and Linda Chiavaroli on March 24, 2021. 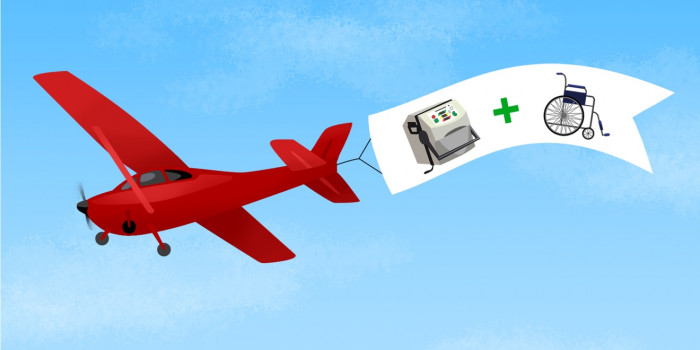 Authors' note:This is the 11th in a series of blogs about our adventures traveling in Europe in 2019. They will appear here on the fourth Thursday every month, and will eventually be compiled into a book entitled: "Taking Chances, or How to See the World Living with Chronic Illness." 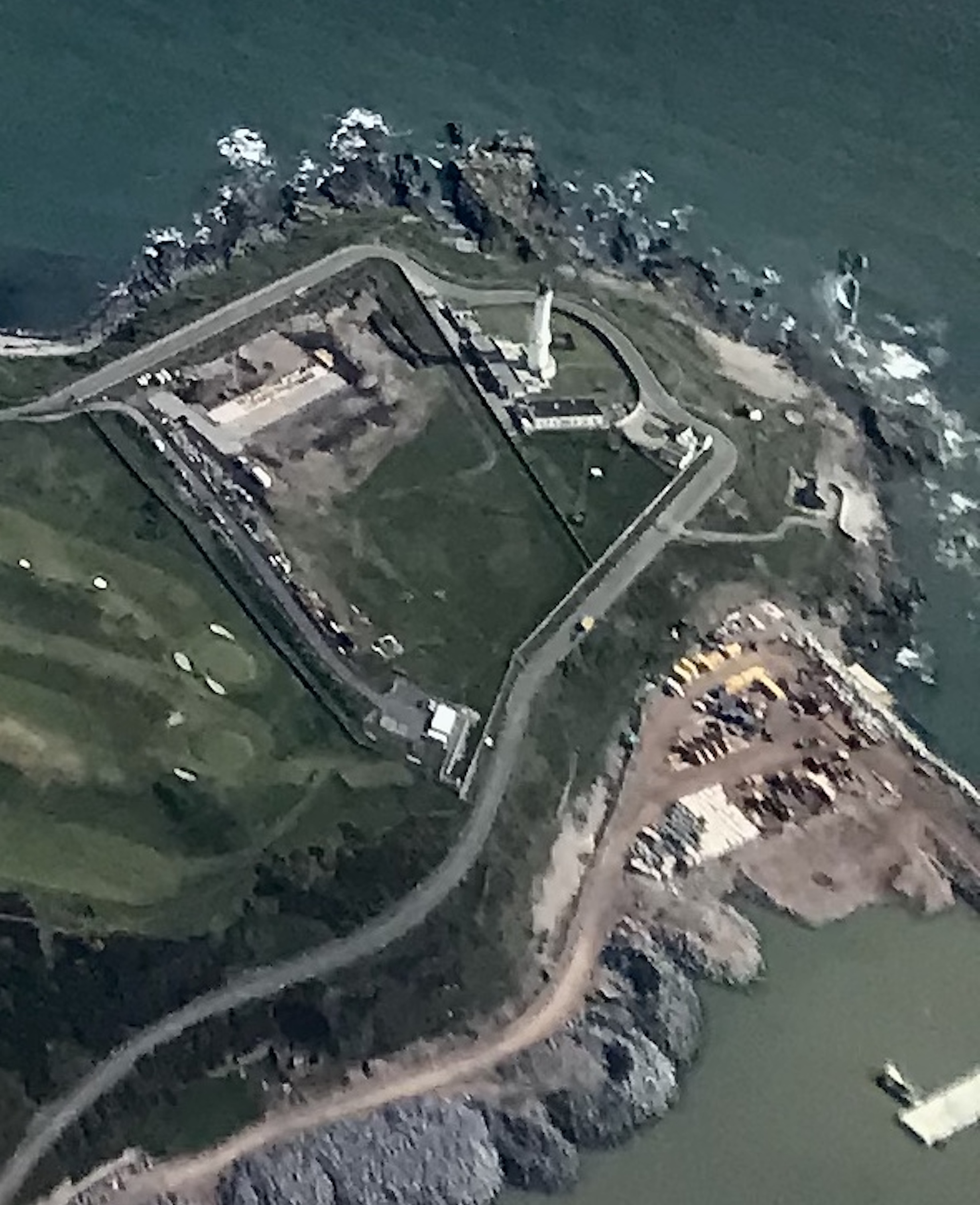 Winging our way to Copenhagen - over Aberdeen's Girdle Ness Lighthouse on the North Sea as we take off.

When we planned the trip to the U.K., Henning invited us back to Denmark. I had never been, and was very excited about going to the land of the Vikings, especially with a native Dane. Henning and I had met online several years before and had become very good friends and fellow kidney patient advocates. My wife, Linda, had been to Denmark decades earlier and had very fond memories of it. She was delighted to be going back.

But we had never traveled in Europe with a dialysis machine, let alone a fellow traveler in a wheelchair. Little did we know we were in for an educational experience of great value.

I know many others find it stressful taking a dialysis machine on vacation, but I have gotten used to it. I no longer get bent out of shape having to argue for bringing my machine with me even if I have emailed the airline beforehand with my special requirements. And, almost as if on cue, the people at the airline counter in Aberdeen flipped out when we were ready to return to Copenhagen. 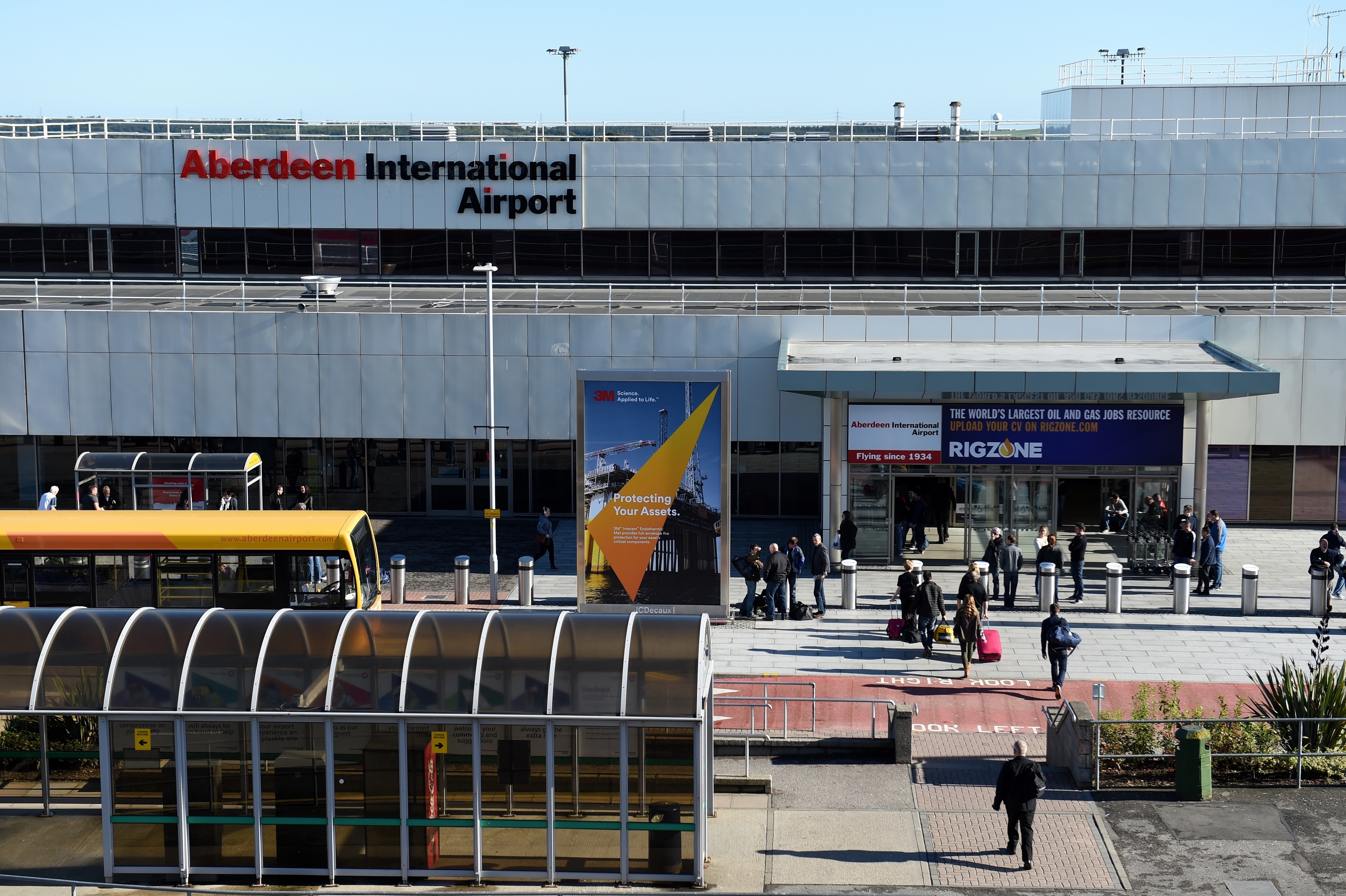 Aberdeen is a small, but busy regional airport serving Scotland and major cities in Western Europe.

Packed into its hard case, the dialysis machine weighs nearly 100 lbs. Airline personnel are told they are not cleared to receive any single piece of luggage weighing more than 70 lbs, but the point is that it is not a piece of luggage. It is a necessary medical device just like an electric wheelchair, which usually weighs more than my machine. I argued exactly that point but to no avail. So, we called a supervisor with whom I argued for a while before she called on her phone and called her supervisor. To me, this was just another day at another airport.

The first ten or fifteen times I flew with my dialysis machine, this sort of situation would get me really nervous. Quite often even angry. By now, I just sat there waiting patiently while they reviewed the documents I brought with me on carrying medical devices while arguing with each other. The machine is a medical device and there is nothing about it that prevents it from going on a plane, so I knew they had to allow me to bring it for free. They had no argument once they understood the law, as they inevitably will do. And, I always have the phone numbers of representatives from NxStage Medical, the machine's manufacturer, "who” I argue, “can explain it all to you. Just call them." That is added backup support.

But the machine itself is just the half of it. I also have a giant suitcase, sometimes a number of cardboard boxes, full of all the things I need for my treatments. It is equally bulky but not nearly as heavy. Once that is all sorted out, they also check my luggage and wheelchair, which is a commonly recognized medical device that nobody, for whatever reason, ever tries to prevent me from bringing. Like I said earlier on; the wheelchair is the very symbol of disability and therefore universally recognizable, unlike the device that actually keeps me alive. Hopefully the more folks who carry their own dialysis machines on airplanes, the easier it will be for all of us to fly without hassle.

The lesson here is to know your destination and seek help before you travel. Assistance with luggage checking and plane boarding is available in most advanced nations. You just need to know how and where to ask for help.

I had flown a few times with my NxStage machine over 10 years earlier and encountered the same resistance from the airlines as Henning. Like him, I had all my paperwork in order, had called days ahead to warn the airport special services manager, and marked the machine case with big signs and red crosses that indicated it was medical equipment. I always arrived early and kept my cool. But the fact of needing a wheelchair for Henning was an added dimension about which I was clueless.

Henning, on the other hand, had everything in order. He had arranged through SAS, our airline, for an airport aide to meet us at the boarding gate at the Aberdeen airport, and load all of us onto a large lift—an enclosed box truck with doors at either end. We motored over to the plane, a long, thin, commuter jet, put Henning on a special narrow chair and took him to his seat. Linda and I simply walked off the lift and found our seats. Everyone else then boarded using the stairway. 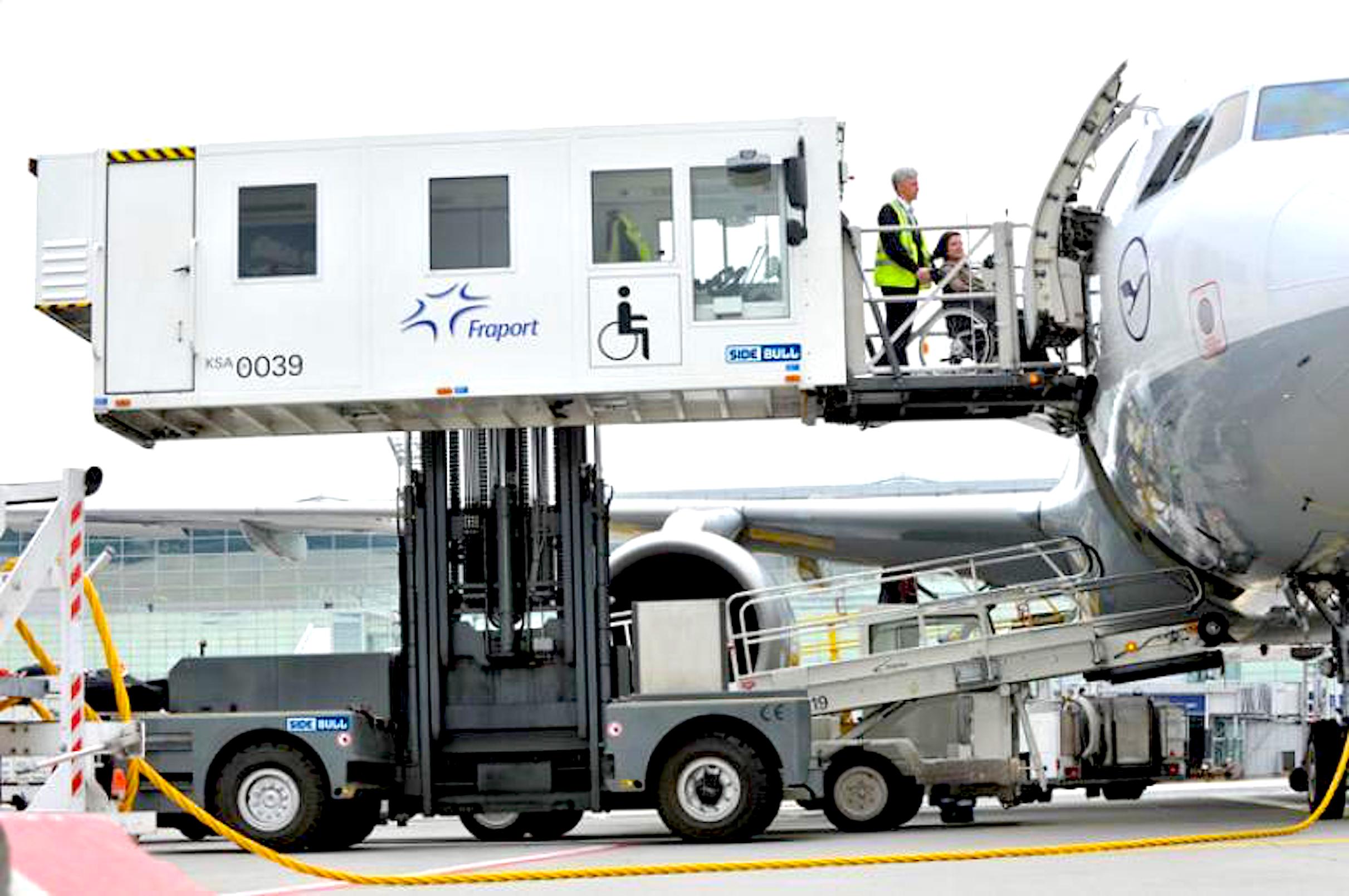 A scissors-lift truck comfortably deposited Henning and us onto our plane to Copenhagen.

Rewind a bit here! I want to say that it’s rare to have a friendly conversation with a fellow traveler while boarding an airplane. Think about it. You’re balancing your carry-on luggage, a drink, a paper bag with snacks you actually want to eat, plotting your forward course through passengers unaware of your presence and hefting large objects into overhead compartments never meant to hold them. The enclosed box truck—or what I call a portable elevator—by contrast, was a total delight. I actually got to know the Scots couple, one of whom was wheelchair bound like Henning, seated behind me. They were from Fraserburgh, a town on a headland of Scotland’s east coast bordering on the North Sea.

I told them we had driven to Fraserburgh to visit the Museum of Scottish Lighthouses and tour the Kinnaird Head Lighthouse. (Both definitely worth a visit if you’re into lighthouses.) The husband replied, “Too bad we didn’t know. You could have come for tea!”

At the Copenhagen airport, when all the other passengers had debarked the airplane, we were met by two paramedics who helped me off the plane. In most other countries the handicapped service people are untrained and poorly paid, but in Denmark the personnel are paramedics, which means I always know I will be treated professionally once I get back home.

They met us at the jetway with my wheelchair, an ultra-lightweight sports model. They helped us all the way through the airport, picking up my dialysis machine at baggage claim. It came up on the carousel instead of at odd size baggage even though it is not supposed to because of its size and weight. When the paramedics found out we were renting a car, they decided to follow us all the way to the rental offices which was rather fortunate since we had to board a bus to get there. Obviously, I had never tried renting a car in Copenhagen. But my van was so unreliable that I dared not use it those months, so a rental was the best solution for us. It was a nice spring day, and the paramedics sat down and pulled up their sleeves to get some sun on their winter pale arms while we waited for the car rental shuttle.

Yes, about those two very handsome Danish men from the ambulance service. This type of escort may be no big deal for Henning but I consider it V.I.P. treatment. These guys thought of everything with no prompting from us. Not only did they deliver Henning's wheelchair on cue, they loaded his dialysis machine and supplies plus all my luggage and David’s on a cart they pushed with great ease. The only thing I had to carry was my purse.

They navigated us through the large passenger terminal via back passages, clearly not meant for the public, and emerged very close to Danish customs. The guides collected our passports, handed them to the customs agent, and, before I could turn on my cell phone, we were through customs. No questions asked.

This whole process took maybe half an hour. To say we were impressed is an understatement. We felt like royalty or the ultra-rich with personal servants. Henning says this is normal treatment for people with disabilities in Denmark. Let’s hear it for the Danes!

After we loaded the rental, a big comfortable Volvo, we exited the airport onto a modern, multi-lane speedway and were at Henning's apartment complex in minutes. Denmark is a very old nation with a very modern vibe, and to David's delight, he was again seated on the left side of the car and driving in the right hand lane, just like in the U.S.