My Failing Fistula and A Big Reality Check 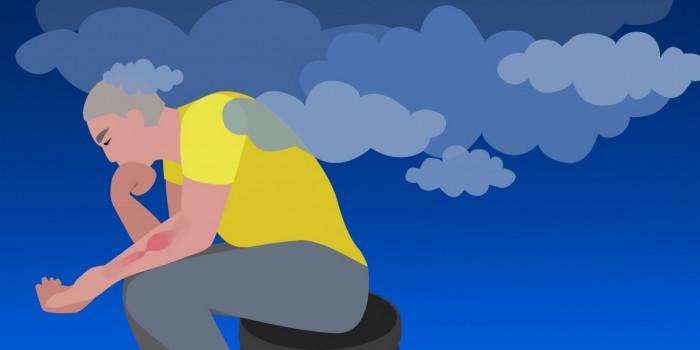 My fistula and I have had a pretty complicated relationship. I didn’t want one, but reluctantly agreed to have one made in December 2017, in my left forearm. I definitely didn’t want to use it, but switched from PD and started needling in March, 2018. I’ve got the telltale lumps and bumps we’re all familiar with that—at first—I kept hidden because I was embarrassed about, but now display proudly because they represent my lifeline, and when people ask about them it’s all the opportunity I need to talk about kidney disease and dialysis.

Sadly my fistula is prone to stenosis (blockages) that grow really close to the anastomosis (the physical join of the vein and artery). The routine flow checks often show a reduction in my blood flow, which leads to Doppler ultrasound scans and then, eventually on to fistulaplasty, where essentially a balloon is placed at the point of the narrowing and inflated to stretch the vein and clear the obstruction. 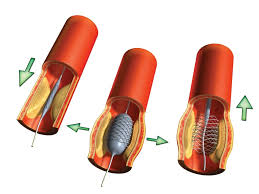 In the last 3 years, I’ve had six fistulaplasties, which all reinstated good flow to my fistula, so the process of monitoring restarted. That is, until Wednesday 13th January.

As “normal,” (that’s a little sad isn’t it?) I was at the hospital for 8.00 a.m. I’d been nil by mouth from midnight and we went through the paperwork and checks, and I had blood taken to test to ensure it was safe to go ahead with the procedure. The same doctor who had done my previous procedures set about his business. As normal, a few hours later my wife came for me, and home I went.

I do my home HD on alternate nights, 8½ hours at a time, and I’d juggled my rota so that Wednesday 13th was a night off, because I wanted things to settle a little before I used the fistula for dialysis.

On Thursday I was conscious that my forearm was much more tender than it had been previously and it was a little swollen, too. When I came to hook up at bedtime, I couldn’t get a “flash” of blood. In fact, I couldn’t get blood at all, despite several attempts at repositioning the needle. I assumed I was hitting swelling—something like the clear liquid in a blister was what I imagined. As I’m generally pretty well, I decided I could cope with missing the night’s treatment and would try again the next night (Friday). Surely another day’s recovery would only help? 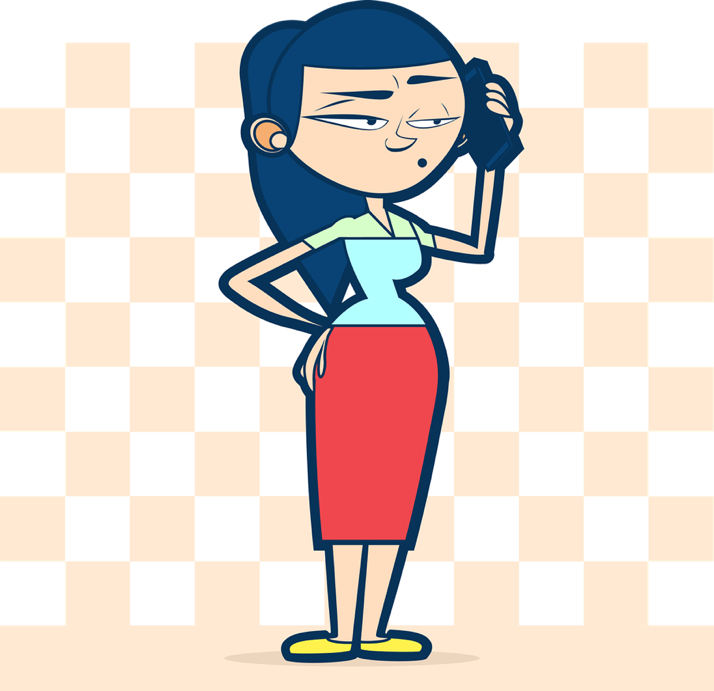 At lunchtime the next day I called my nurse, Kate, to let her know what had happened and what my plan was. Kate overruled me: I couldn’t leave treatment until Friday night; she wanted me hooked up ASAP, Friday afternoon, and I was to phone her immediately if I struggled again.

I set up and tried the first needle: four attempts to position the needle and still no “flash.” Eventually as I drew back the syringe, I got a little thick dark blood, but it was far from the normal ease of flow. I rang Kate and she came straight round (I’m lucky she lives only a couple of miles away and was working at home). Kate had no more luck—it seemed to be all clot and no blood-flow—neither of us could feel the “thrill.” Whilst I assumed it was because of post-op swelling, Kate was much more concerned about the condition of my fistula, and with the help of her colleague Lynn, they arranged an urgent scan for me as soon as I could get to hospital. Kate took blood samples for testing and had me pack a bag, as she thought there was little chance of me coming home that evening.

The Doppler scan confirmed Kate’s fear: the fistula had clotted and I was in the hospital for the weekend. I spoke with a renal doctor and he said they’d check bloods early on Saturday morning, so the consultant would have better information to form a plan.

On Saturday morning (16th), the only renal consultant in the hospital I’d not met before was at my bedside (I’ve now got the full set). I’d had no dialysis since Tuesday night, and his hope was that I could get to Monday morning when they could attempt to angio-jet to remove the clotting and try to revive the fistula. If that worked, I could leave and it would be business as usual. If the angio-jet didn’t work, then plan B was that I could have a tunnelled central line put in on Monday. If I couldn’t last till Monday, plan C meant I’d need a temporary neckline inserted later in the day, then the angio-jet on Monday, which would then be re-labelled plan D, and the tunnelled line would become Plan E. To inform the decision making yet more bloods were to be tested at lunchtime.

In my mind I was really well at the beginning of the week, bloods were great, and there was no way having only missed two treatments—Thursday and Saturday—that I wouldn’t be fine to wait until Monday to resolve the situation.

I was very, very wrong.

My blood results made for shocking reading, and I could feel the “dialysis fog” returning.

There was little option; I needed dialysis to bring the potassium (and other toxin) levels down. I’d been on a potassium binder since admission on Friday and it hadn’t really helped. Perhaps it had slowed the rate of potassium increase, but that was all. Late on Saturday afternoon, in went the temporary neckline, then after an X-ray to confirm it was correctly located, I was connected for 4 much-needed hours of dialysis. 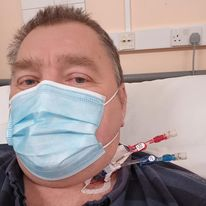 I’d seen temporary neck lines in use before. They looked to me really uncomfortable, and even though I had been scared of needles, I was more scared of having a neckline. This was the moment I’d done everything I could to avoid—dialysis through a neck line.

On Monday morning (18th), I was back into theatre for the angio-jet. They’d checked my bloods early again to make sure the potassium levels were acceptable. The doctor worked hard, and eventually I heard him say to someone, “There it is, we’ve got flow.” The relief was immense—everything was going to be okay, and the pain/discomfort/stress of the last few days could be washed away. The doctor set about removing whatever he put in my arm, and as he did it the fistula clotted again behind it and I heard “no, we’ve lost it again.” I was overwhelmed, the anaesthetist noticed I was in tears and asked where the pain was. “Between my ears” was as much as I could give him.

They worked on and twice more they managed to get flow, but twice more it clotted before the equipment was withdrawn. Eventually defeat was conceded: my fistula was history. From theatre, I went up to dialysis and had another 4-hour treatment, to bring the toxin levels down again. Bloods were to be checked really early on Tuesday morning (19th), as I was to be first into theatre for a tunnelled central line. They showed some improvement, as the dialysis had worked. They used a “railroad,” technique, using the temporary line as a guide.

Several hours later I was home, with a plan in place for ongoing dialysis, back in centre on a Mon-Wed- Fri afternoon slot,while I got some training on how to use and care for the new access. This wasn’t ideal, as I’d been shielding away at home safe from COVID in my own little bubble, except for the last few days which I’d spent in hospital. 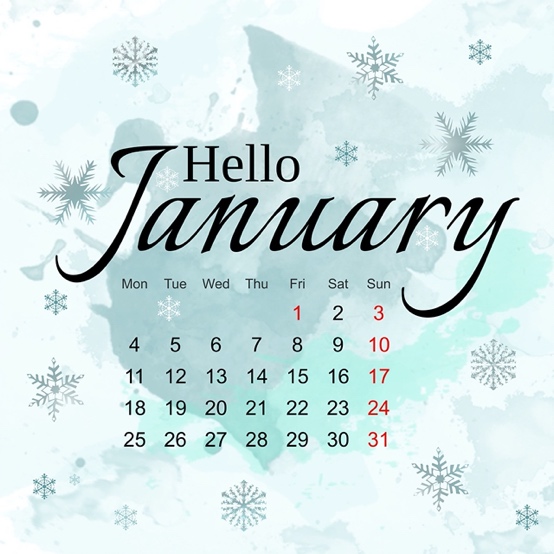 While I was having my treatment on Wednesday 20th, Kate, my home therapies nurse came to see me. She had a proposal: if I was happy to fit my treatment round her schedule over the next couple of weeks and be flexible over the length of treatment I got from session to session, she’d come train me at home. This was too good a deal to refuse, so I began my home training on Friday 22 January.

Although my wife currently works from home, I do my treatment solo, as we’re not certain when she’ll be asked to go back to the office after the virus is under control. So, training for me needed to be tweaked from the standard training package into a safe procedure I could manage on my own in my treatment room. The techniques need to be much “cleaner” than those I was used to for self-cannulating my fistula, due to the permanent route into the blood stream the tunnelled catheter could provide. 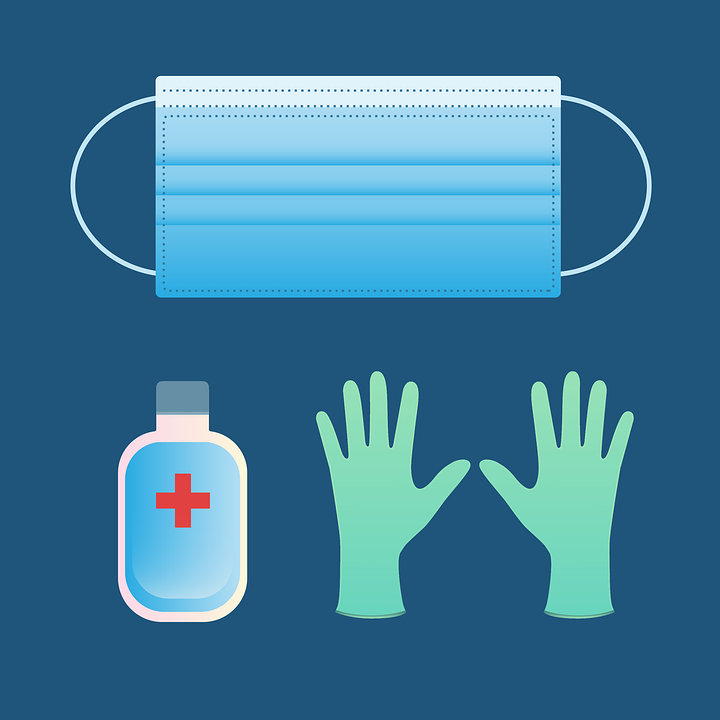 After the second run through at home the following Monday (25th January), we sat and wrote an agreed procedure/checklist that works for me in my space. Kate came four times that week, Mon, Tue, Wed, and Fri. I had 18 hours of treatment over the week and could feel the improvement in that “dialysis fog.” The following week she came again the first three working days. With each passing day, I was become more proficient and making fewer mistakes, and those mistakes were only in order of procedure, like attempting to put sterile rubber gloves on before I’d secured the clean field to my chest, when the order is properly secure the clean field and then put on the gloves.

On Wednesday (3rd February) Kate just observed, never interrupted or corrected, and she was satisfied that after eight training session I was competent enough to be left to dialyse unsupervised. From Friday, I was flying solo again!

I’ve now done a few solo runs. I’m confident in what I’m doing but still reliant on my checklist. We’ve broken the list into three areas:

Of course, I haven’t had to learn to use the machine as I’m already proficient in that I’ve been using it for a couple of years already.

I resumed my nocturnal treatment regime on 15 March, and am dialysing 8½ hours every other night. The increase in treatment time has successfully brought my blood results back to a “normal” level for me.

The tunnelled catheter is much less intrusive than I thought it would be and the connection procedure was no more difficult to learn, although for my lifestyle, I’m eager to return to using a fistula. I had a new one formed further up my arm (brachiocephalic) on 23 March so I can resume taking my grandchildren swimming, which I’m not able to do with central line in place.

What I have learned (or had reinforced) is that all problems need to be communicated to your nurse. I’m so thankful I made the call to tell Kate I’d had a problem following my fistulaplasty. But, even that morning delay in contacting her almost made us run out of time for getting sorted with scans and blood tests, and I’m even more grateful to her than I was for the care and attention she gives me.

I’ve also learned that despite feeling great most of the time, I’m just 2 missed sessions away from having dangerously high toxin levels with all the risks that brings.