Generators in Home HD: Does Your Life Back-up Have a Backup

This blog post was made by Michael Howington on July 8, 2021.

If you have read any of my posts, you know by now that I am anxious, analytical, and tend to over engineer everything. I am also a rigid planner and believe in redundancies for the redundancies. This comes from my former career in IT, disaster planning, and years of serving in disaster relief. As I write this in Atlanta Georgia, we are enjoying the calm before a day of storms. Yesterday, we had heavy rain, tornadoes, and many areas suffered from power outages. I did not worry too much about the power, because we have backups with their own backups! That is what this post is about: Backups for the backups! 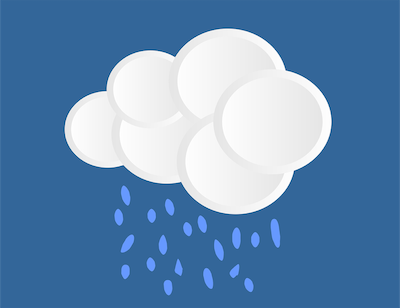 When dialysis is a treatment, it is first helpful to understand that the treatment serves as a backup to the kidney(s). Thinking of it this way may help you to better appreciate this post! Before we moved, my wife on dialysis and I lived in densely populated community, in a solidly built house, and we never worried about utility outages. However, the last couple of years that we lived there (and when she began dialysis), we began to suffer through power outages. The running joke was that every time it rained, we expected a power outage, usually brief—but out nonetheless. I had to think of dialysis as a backup for her renal function, and the machine needed a backup. We also had some power interruptions, albeit brief, enough to stop the machine and make it alarm. Being new to home HD, this did not help our anxiety!

Before I get into those details, let me first say: stop what you are doing and contact your utility companies. This varies by state and municipality but most utility providers have processes for “priority service” for certain customers in a power outage. Dialysis patients, O2 tanks, and other home medical equipment patients qualify for this service. In short, when the responders are resolving issues, priority customers are higher on the list. While it hopefully will be rare to need such a thing, when it is needed, it is REALLY needed! Your clinic should have already talked with you about this and have a disaster plan and education in place, but if your clinic is like mine, you may have to do this all on your own.

Typically, the process includes a form, signed by the doctor, and submitted to a certain department. Issues may occur from heavy snow, hurricane, tornado, or monsoons. Regardless of how, it will happen at least once during your course of treatment. As you may recall, 2020 had a record number of natural disasters, from wildfires to blizzards in Texas, according to NOAA. (After all, we ran out of names for tropical storms and had to start on the Greek alphabet!) Make it a point to at least talk with your clinic and get the power and water company notified of your needs. You do have a water backup with emergency bags, but power is still required. (Author note: We are HHD users, I am not sure about PD). In your clinic’s disaster plan, they may also have an in-center option or process for such situations. Of course, if the roads are closed because of snow or flooding, you may still be in the same situation.

We had suffered through a 4-day power outage due to a hurricane that was a strong tropical storm by the time it reached Atlanta. This memory was recent as we were planning to transition to home hemo, so I planned to make sure dialysis had a backup at home. We also had routine power outages for no good reason in that house. 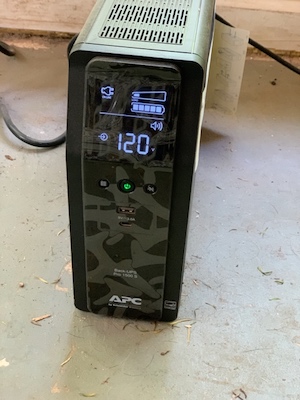 Our system is rather simple. I have battery backups for the equipment. In the IT world this is pretty common, and I utilized that experience for this part of the plan. I have two APC battery backups, one for the cycler, and one for the Pureflow. This is not enough for the entire treatment, but covers brief outages (power flicker, brownouts) and provides about 30 minutes of power, enough time for the generator backup to get up and running. One battery backup may be sufficient, but heaters in general “pull” more “watts” so I chose to install two. I found them on Amazon reasonably priced, and APC’s service and warranty are top notch. Do, of course, purchase them new, register the product, and make sure it is a “real” one, meaning the warranty is in effect.

Generator: “Oh no! I heard those are super expensive!” Well, yes they can be quite expensive. Prior to moving I did not have one either, for the same reason. In our move, we bought a house that needed a full rehab (including needing to be wired!), so I purchased a generator for that. I learned quite a bit about generators in that project, and ended up with two, a conventional and a SINE wave generator. 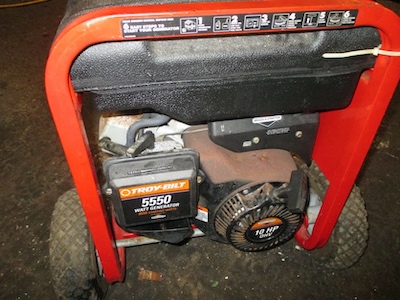 A 7500 watt Troybilt generator serves as our second backup, after the battery backups. I am not promoting a brand, this one was the best deal that I could find. In fact, my preference is for a Generac, they are worth the cost but are usually more expensive. I point this out to say: research your options. When you get to online purchases, there will be a million brands, and the cheapest one may not be the best. As this is a critical backup to the critical kidney backup, you want a good brand.

In addition to this generator, I wired my panel with an “generator interlock switch.” This is a fancy title for a breaker in the panel that cuts the main breaker and powers the panel with the generator, in part for safety and selective power control. A generator allows you to plug your devices into it directly, or, like me, to power the entire house. If you are running the house on a generator and the power “comes back” from your provider, the generator can surge and send current to the lineman who is connecting the pole and electrocute him. The interlock switch prevents that, which is why I put it in (and to make it easy for my wife should she be the one having to switch to backup power). You can just as easily turn off the main, flip the generator breaker and accomplish the same thing, but for $50 or so dollars, this was my decision. Unless you are trained for this type of electric work, hire a licensed professional! I am not a licensed professional, but trained with one so I knew what I was doing. However, codes vary by state so it may be required in your state. Do check first, and since you are dealing with a large amount of power in your panel, a professional is probably your safest bet. 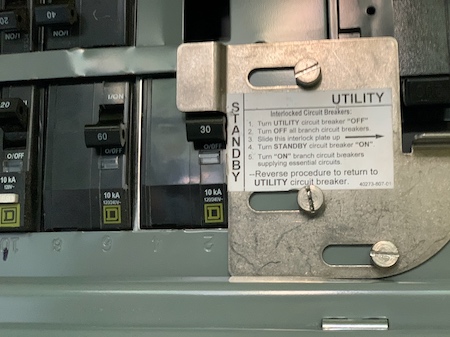 With all of that background out of the way, lets talk about generators.

Generators as a System

There are two basic systems for generator power. 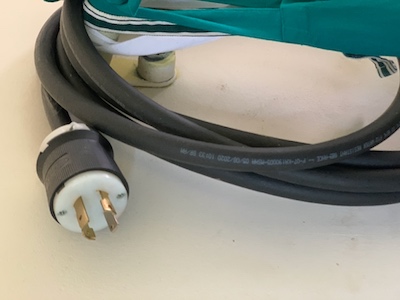 1. Generator for the equipment only (direct plugged into it)

Cons: Provides less power, requires more fuel refills, often forgotten about and not maintained. Extension Cords (you must have them outside, often uncovered in the elements, and you need a larger gauge cord because of the power draw from the equipment at peak, especially if using the warmer for the bag), so this would be through a window or leaving a door open.

Pros: Easier to “switch over to.” You turn it on, and it can power some or all of your home. Simply flip the breaker for the equipment (rather than run extension cords). Provides more power, for longer periods.

Cons: Larger/Heavier. More expensive. Requires an electrician to wire the panel. Uses more fuel. Can be more Noisy and not very neighborly (but if they are without power, maybe sell it by the minute to fund your investment?) I say “can be” noisier, because generators come in three technologies. 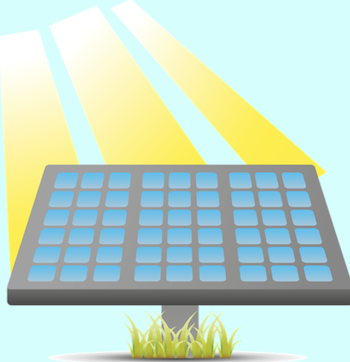 Solar is self-explanatory. Rather than being powered by gasoline, its energy come from the sun. Some types work only when the sun is shining; others are connected to a battery bank that stores excess power for future use. We have all used solar power at some point in our life (remember those solar calculators?). These are more expensive, but are quiet, require no gas or gas storage, and have a wide variety of options, from a small “camping size” for just the equipment to a full house system. They do, however, require panels for recharging of the batteries and those require direct sunlight. They can be quite expensive, and the panels can take up a lot of space. 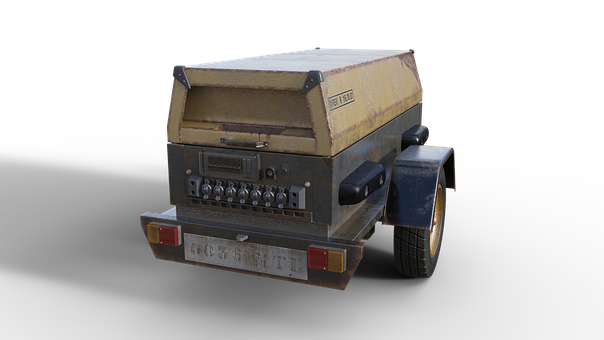 Conventional gas is probably the most affordable option. These can be quite small and easy to carry with one hand, or like mine, large, with wheels to roll it. They are also the noisiest of all of the generators and not known for their fuel efficiency (and that is related to the “load” that is powering). They do have faux-mufflers, and for a whole house system there are some clever and affordable ways to reduce the noise considerably. My new neighbors were just as excited as we were when we got the power for the house. Although we have 4 acres, they could still hear the gas generator. Note: petrol is not the only fuel source, some run on natural gas or propane. 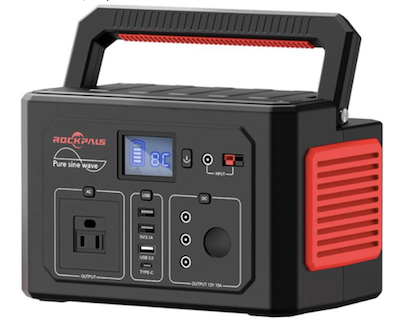 Pure SINE Wave invertor/generators. These are typically a little more expensive than a conventional gas generator. The technology produces less heat because of a smaller motor, and through some magic on the inside, produces energy with less loss, making them more efficient. I have a small, 350watt that powers most of what the larger one did, with little effort. While we were getting the house ready, we would switch to that one for the portable AC so that the dogs would stay cool while we were away, rather than using the louder gas guzzler. Basically, the power delivered comes from a battery, and the smaller engine (which makes it lighter and quieter), charges the battery. It is like the difference between an old V8 truck versus a new compact car.

In the end, we have the big generator for the whole house in case of extended outages, and the small pure sine wave just for the equipment. And, the equipment is maintained by APC batter backups, giving us time to switched to the generator without interrupting the treatment.

Besides cost, the other factors that will help you narrow down what is best for you:

I hope that this information is helpful. If money were no object, I would have a solar solution for the entire house with a Generac backup (even solar has its limits during stormy seasons). The “whole house systems” have an additional feature that will switch them automatically for you. The happy medium I could afford is the pure sine wave for the equipment and the 7500 “regular” generator for the house. To put the fuel into perspective, for just the portable AC, power tools, and chargers, we would use 21 gallons of gas per day. This amount would be higher now because of more “things” using the generator should we suffer from an outage. The pure sine wave cut fuel consumption down by at least 25%, so if I had it to all over again, I would have gotten a larger pure since wave generator for the house backup.