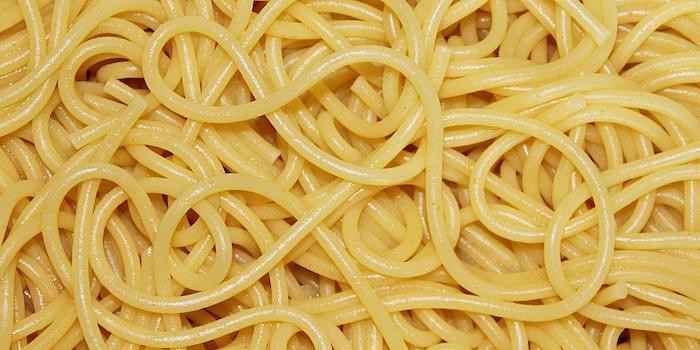 Most of us with CKD and/or on dialysis may be taking a lot of medications. I pride myself in checking all of my medications. Before I take them, I want to learn about any adverse reactions and potential side-effects. I then evaluate the risk benefit of the drug versus any negative reactions before taking it.

However, the one time I failed to perform due diligence resulted in a nightmare. Two years later I still suffer from flashbacks, similar to PTSD, from the results of what happened when I took a dose of Baclofen, prescribed by a nurse practitioner. 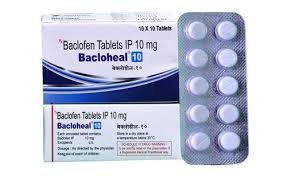 Some background: I developed severe neck pain. I am not the kind of person who a) feels pain, and b) takes medication for pain. (I still have 15 of the original 20 oxycontin prescribed when I started dialysis in 2014, after three surgeries in 2 days.) It is highly unusual for me to seek any kind of pain relief.

A full meeting schedule meant that I couldn't get in to see my regular doctor, so I agreed to see a nurse practitioner. I never asked for pain medicine. I was expecting a topical cream, but she prescribed the muscle relaxant Baclofen. As usual, I asked if I could take this medication with CKD and on dialysis. She said it was not a problem, but to cut the dose in half.

Fast forward. I was travelling again, and didn't take the medication until 2 months later when I got home from a particularly long trip and was in extreme pain. On a Friday, I took half a dose of Baclofen and went to bed. The next day was a rest day, and I took another half dose that night. Sunday, I woke up with what I thought was food poisoning. I couldn't keep anything down. Ironically, I had previously scheduled an appointment with my doctor for that Monday and presented with “food poisoning”. He prescribed Zofran, which I took immediately.

I passed out in bed and woke up that evening with severe chest pain, heaviness, and feeling like I couldn't breathe. I tried to call the doctor, but couldn't get my phone to work. My hands were in spasms. I am usually the go-to person in emergencies, the calm and collected person in charge. In retrospect, I can see that I wasn't thinking clearly AT ALL. 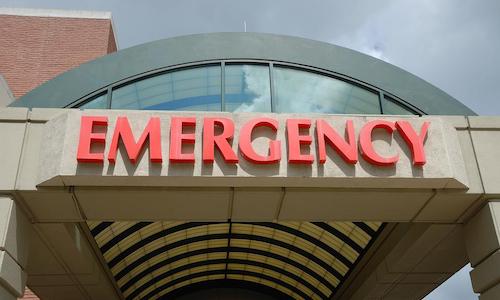 The only thought that came to mind was to get to the ER. Normally, I drive an hour to get to my hospital of record, in a different state. In this case, as my breathing and cognitive state worsened, all I could think about was reaching the closest ER. So I drove myself, pulled up to the ER entrance, stumbled into the desk, and said “I am a dialysis patient, and I am having trouble breathing”. This usually works.

I was literally hanging onto the counter to keep from falling over. The desk attendant looked at me and mumbled to the nurse next to her “We've got another one!” I fumbled for ID and requested a wheelchair. They checked my pulse-ox, and because it was 95 (within normal range), she rolled her eyes, and sent me to the waiting room with a 6' security guard standing over me. 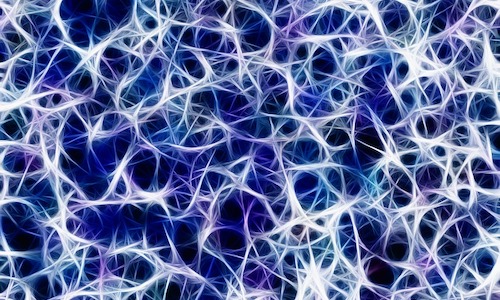 It turns out I was having trouble breathing because my entire nervous system was shutting down. Muscle relaxants have often been associated with altered mental status, fall, and fracture in the general population—and patients on hemodialysis are at particularly high risk of these unfavorable outcomes. One of the side effects of Baclofen presents like dementia. My mind could not properly tell my body what to do. Hence, if you told me to raise my hand, I couldn't do it. A few minutes later I might unconsciously raise it. None of these symptoms worked in my favor.

By now I didn't know what to do. I begged the nurses to call my doctors, both of whom had privileges at this local hospital. By this time, I couldn't see my phone or use it to call them. I even tried to get someone else to use my phone to call them, but no one in the waiting room would come to my aid.

The real kicker was when the desk attendant yelled out, “Whose car is that out front? They better move it or we're going to tow it!” I panicked, made it to my car and stupidly tried to drive. By now, my legs were going numb, which meant driving my car with manual transmission was almost impossible. I made it to the parking lot next door, passed out, and called 911 when I awoke. 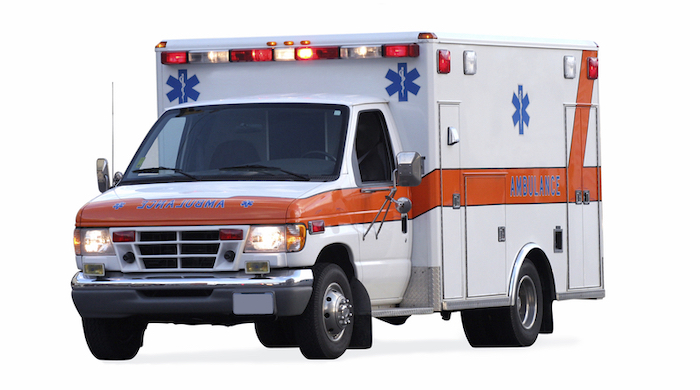 Then, the nightmare REALLY started. As soon as the EMT's called the ER from the ambulance, and found out I had already been there, they became belligerent. When we arrived at the hospital the nurses were even worse. I recall the doctor telling them to put me in a room, and they refused, saying I could wait in the waiting room like everyone else. Although he won that argument, they made me get into a wheelchair. I could no longer control my body, and had to actually pick up my leg up to move it. They stood by and refused to help. When I got to a room, the nurse refused to help me on to the bed. I remember her exact words “If you fall on the floor, I'm not going to pick you up.”

I won't bore you with details of the next 5 hours but suffice it to say that things only got worse. I felt trapped, had no way out, and couldn't walk or function at the most basic level. It was the scariest thing I have ever experienced. I couldn't call my doctors or anyone else to come to get me, and the ER staff refused to help me. I began crying. I have rarely cried in the last 20 years, but that night I became hysterical with fear. In all of my 60+ years, I can never remember feeling so helpless, humiliated, and degraded as during that ER visit, all because I was literally paralyzed from a medication that should never have been prescribed to me on dialysis.

In fairness, the attending ER doc was extremely apologetic. As he was ending his shift, he whispered to me that he planned to file a complaint. But when the new doctor came in and I told him I rarely took medications and resented being treated like an addict (not that an addict deserved to be treated like I was, either) he looked at me in disgust and said, “The majority of dialysis patients we get in here are addicts!” I cried even harder. I overheard the nurses whisper “psychosis.” After a spinal tap, MRI, and numerous blood tests found nothing wrong, they abandoned me in the waiting room at 4 am, with no way to get home. I passed out again, then asked the nurses to call me a taxi. They refused. Finally, the one other person in the waiting room at that godforsaken hour came over and offered to call me a ride. I managed to get safely home for the bargain price of $60. 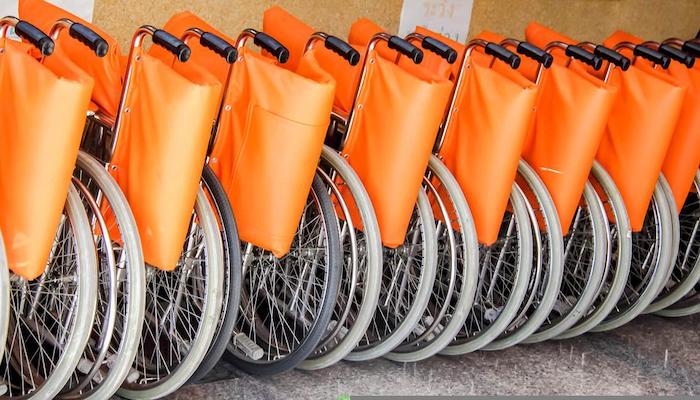 Since that horrific experience, I have seen studies on the dangers of prescribing muscle relaxers, especially Baclofen, to dialysis patients.
https://ajkdblog.org/2019/06/17/muscle-relaxant-use-in-dialysis/
https://bmcnephrol.biomedcentral.com/articles/10.1186/s12882-018-1167-z
https://ajkdblog.org/2019/06/17/muscle-relaxant-use-in-dialysis/
I had done a search for side effects of the drug, but my mistake was looking up Baclofen and kidneys, not dialysis. Baclofen relies mainly on intact kidney function for clearance, and most reports about muscle relaxants in renal failure describe the drug's harmful effects. Please heed this warning. Muscle relaxants in general are associated with harm among patients on hemodialysis. The real irony is that the only way to rid the body of Baclofen toxicity is through dialysis—something the ER never even considered.

There is a moral to this story. Those of us who live alone and value our independence must have a backup plan! Without someone to advocate on my behalf, and in no condition to help myself, I was at the mercy of case-hardened ER nurses. Those of us with a chronic health condition need to develop a plan for getting emergency help if and when it may be needed. I was guilty of thinking I was infallible. In retrospect, I should have called 911 when I was at home and first developed symptoms. But, I am conditioned against asking for help, and that included a 911 call. I thought I could manage—but, the truth was, I could not. It is a sad indication of our health care system that the professionals have become so inured to the ruses of drug addicts that they feel all patients should be denied humane treatment.

Look for my next article on how to safely live and dialyze solo. Lessons learned are the hard ones!