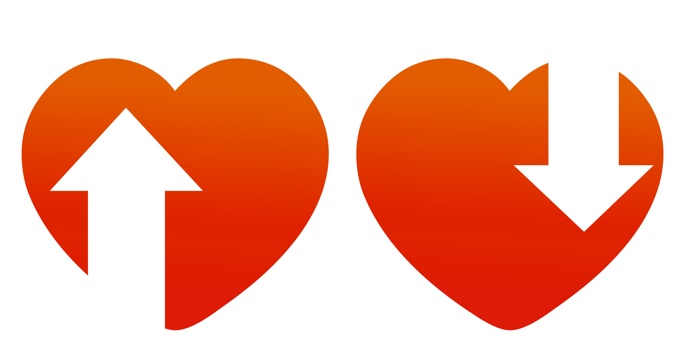 More than a decade ago, Zyblut Twardowski asked me if I would be prepared to challenge the audience (ADC: Tampa 2004) on the myths and legends surrounding needling techniques for native arteriovenous fistulae (AVF).

Woodson and Shapiro’s report in D&T (1974) showed some rare and elegant “footage” of fistula histology, a pictorial view of medicine we far too commonly ignore in the biochemically-driven world we now inhabit, that gives serious pause for thought. 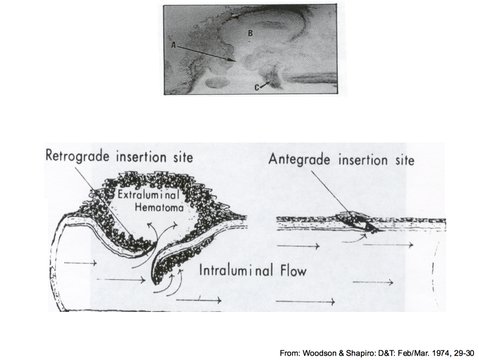 Note the endothelial flap, the extravascular leakage, and the extra-luminal micro-false-aneurysm formation.

I have schematically depicted their hypothesis in the following few sketches: 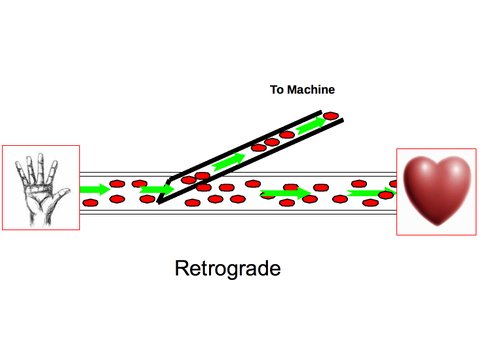 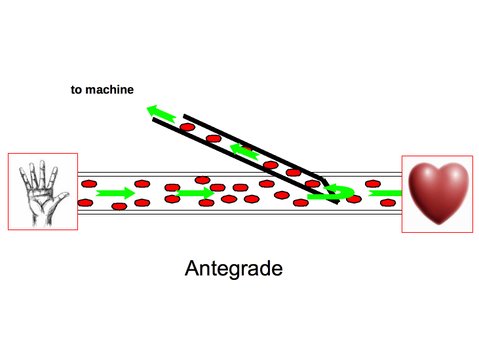 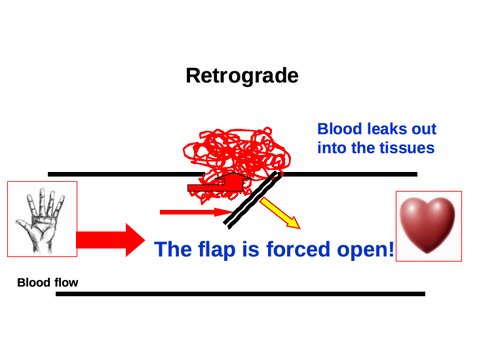 Prove it for yourself. Take a 14 gauge fistula needle and some thick card, like the backing cardboard for a pad of paper, and try pushing the needle through it at a 45 degree angle. Then, carefully withdraw the needle. Hold up the card and look across the bottom of the card in a planar view. You will see a flap of cardboard poking down behind the insertion site…just like Woodson and Shapiro’s histological section and my schematics.

Now imagine the two opposing situations within the AVF after needle withdrawal:

(1) The needle is inserted in a retrograde direction…i.e., with the endothelial flap (the needle-hole ‘lid’) facing into the high velocity of ‘arterialised’ blood flow. Upon needle withdrawal, blood would be forced and guided into the tract left by the needle. Leaving the tract open and unsealed would thus cause, or at least potentiate, microscopic blood leakage into the perivascular tissues .

In 2003, we presented our data to the ANZSN—later published as an abstract in Nephrology(2)—showing no change at all in PRU or KTV in 26 patients where “adequacy” was studied sequentially over 6 weeks under both needling orientations. There were no differences in “adequacy” data between the two insertion techniques.

In 2005, Harman(3) reported no difference in “adequacy” with either directional insertion technique though, in the same year, English (4) reported a small advantage to retrograde insertion.

In 2008, in a study similar to our own, 22 patients from Turkey were reported in Clinical Nephrology (2008) (5) … again this showed no difference in URR or eKt/V between retrograde or antegrade arterial puncture techniques.

Thus, from an “adequacy” perspective, it is clear that time, frequency and a healthy fistula are the key components and that needling orientation is highly unlikely to be of any clinical relevance at all.

We are thus primarily left with the question: does recurrent needling affect the structural integrity of the skin + subcutaneous tissue + vascular wall and, if so, which needling technique is least likely to damage this tri-layered interface between the circulation and the exterior?

To be honest, the right answer is: we don’t know! And, to think that we have done maintenance dialysis for 60+ years and still can’t answer that fundamental question is—I would argue—an indictment of us all.

The best available documentary evidence suggests that the main reason for using the retrograde insertion technique is based on a myth. It just doesn’t hold up. There is no dialysis advantage to continuing a retrograde arterial puncture technique. None.

However, the best available observational evidence suggests that aneurysmal damage is far more common at the arterial site, and that— while unproven—a common-sense assessment might conclude that recurrent extravascular leakage and wall-weakening through microaneurysmal formation from retrograde needling (á la Woodson and Shapiro) is a significant causal factor in the macro-structural changes we observe at the arterial site.

There is a great need for more work in this area as, without a doubt, the vascular access is still the key structural weak point in dialysis. And it is a weakness that, to our shame, we know little (if anything) more about now than when Woodson and Shapiro first questioned needling orientation more than 40 years ago.

In Australia and New Zealand, I am pleased to say that retrograde arterial puncture is now rare but, anecdotally, it is still practiced in places elsewhere.

If so, it is past time that that practice be reviewed … and changed.