This blog post was made by Nieltje Gedney on December 4, 2014. 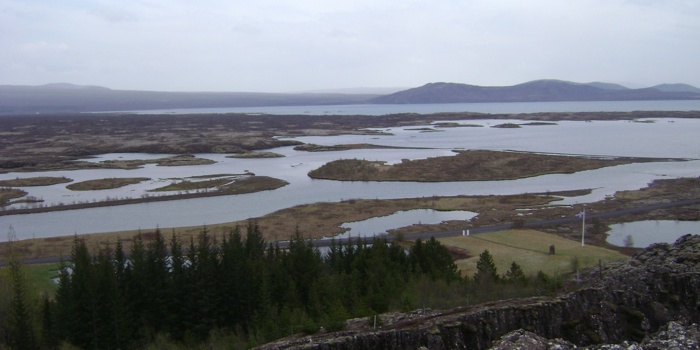 Now that I’m settled into the routine of home hemo treatments, I can take a moment to reflect on what it was like to do dialysis in-center. I remember early on, like 10 years ago or more, when the nephrologists were pushing me into starting dialysis, I went to several clinics (full disclosure, the clinics were owned by those self-same nephrologists). All I remember was the overwhelming smell of death, and staring at what appeared to be comatose bodies hooked up to machines.

Is it any wonder I refused to consider dialysis? I recently told my newest, and bestest, nephrologist, that his colleagues had done a grave disservice to potential dialysis users by not presenting a more positive outcome, and explaining that it really was possible to achieve life after dialysis. He agreed!

You will note that I will never use the term “dialysis patient” when I write, because I don’t consider myself a “patient”. I use dialysis the same way an amputee uses a prosthesis or someone with heart disease uses a pacemaker or a diabetic uses insulin. I am a dialysis user (in the very best sense of the word) and not a patient. I will not be defined by my need for dialysis.

So because of my aversion to even the thought of dialysis, I did no preparation or research into the subject, which is unusual for me. I am usually the queen of research. If you don’t believe me, ask my grandkids. “Don’t ask me, look it up!” is my usual retort. Yet I literally checked into the hospital with my eyes closed!

For me, this may have been a good thing. As I mentioned, I am a control freak, but, try as I might (and I did try valiantly for almost 20 years) I had no control over my body nor this situation, and therefore I had no choice but to go with the flow! So that is what I did.

Fortunately, there were enough drugs involved in those first few days that I don’t recall much pain or discomfort after the back to back surgeries to put in my chest catheter and start my fistula. I think the most uncomfortable moment I had was during that first dialysis treatment, when my teeth started chattering from the internal cold of getting my blood washed. At least in the hospital they bring you heated blankets.

Which brings me to that first day in March when I showed up at my new clinic. I don’t know what I expected, thank goodness, so I just played follow the leader. I met with the center manager, signed some papers, got a cute little bag that said “Fresenius” on it, and a nice pillow (also with Fresenius on it!). Then I was led out into this huge room, lined with recliners, and these huge machines beeping away. People were sleeping, watching TV, or both! Everyone was plugged into something, in more ways than one!

I watched with fascination as people were wheeled in on stretchers, wheelchairs and walkers. Some, like myself, even walked in! Some even walked in carrying pizza boxes, footlong subs, McDonalds, and big gulps of soda, which still mystifies me. Why waste the time and effort on dialysis if you are just going to keep on eating the junk that probably made your kidney’s fail in the first place? But I digress. I’ll save that rant for another post!

Then I had to step on this huge scale, in public, right up front, in view of everyone. For the past 20 years I wouldn’t even let my doctor weigh me, and now I had to do it twice a day, and with people watching! The humiliation was unbearable. The only thing that saved the day was that the reading was in kilos, and not pounds, so I just pretended that no one would know what I really weighed. “Hey,over here – Mrs. G – 100 kilos!” Cattle going to auction get more respect!

I got in my chair, the tech hooked my chest catheter up, and I settled back to watch TV. Not twenty minutes passed and three things happened that would haunt me for the rest of my in-center days. The red light above my chair started flashing, the alarm started going off, and my teeth started chattering. No heated blankets here!

I couldn’t control any of it. Later I would add leg cramps to the list, but for now, this will have to do. The only thing that kept me from running out of the room screaming (besides the tubes in my chest attached to the machine next to me) was when this gorgeous young man appeared before me, and introduced himself as my doctor!

Oh to be young(er) again. Lucky me, I get his undivided attention, and a firm handshake, for all of five, maybe ten, minutes a month! There is a god after all!

So here is what I learned on my first day of dialysis in-center:

Lesson One: Never show up at in-center dialysis without the warmest, fluffiest blanket you own, and headphones. Even in July, I lugged that blanket everywhere! The headphones are mandatory to tune out those annoying alarms! In case you haven’t experienced the “great dialysis freeze out”, this picture from winter in Grand Lake Colorado, comes to mind.

Lesson Three: Get your AV fistula surgery six months before you plan to start dialysis. In fairness to my docs, they did try to tell me, but I refused to listen, since the only way I was doing dialysis was over my dead body.

Since I didn’t know any better, I blindly signed on for four hour dialysis sessions, 3 times a week. It’s the norm, it’s what they prescribe, so that’s what I did. Except I felt like hell! By the third hour my back was on fire, and by the fourth, I honestly didn’t think I’d be able to stand, much less walk out of there and drive myself home. The next week, the clinic was backed up, and I had to wait for my chair. While a group of us were griping in the lobby, one young man piped up “you know you can sign yourself out early if you want.” My ears picked up.

Now I am not trying to be “non-compliant” .(I hate that word-I am not on probation for committing some crime, you know! ) I am also not into pain. If something hurts, I try to remove the source of the pain. Admittedly, dialysis is not on a par with removing a splinter, but still…I did not sign on to feel WORSE! So I signed myself out at 3 hours, and, amazingly, the next day I was able to get out of bed. I did it again, and managed to go to the grocery store, and so on.

Please, don’t think I am advocating for anyyone to go against doctor’s orders. I’m not. I just knew something wasn’t right, and tried the only way I knew how to fix it. I was lucky – when my labs came back they were so good that my doctor not only reduced my time to 2:45, he thanked me for being such a good patient (oh, how I hate that word, but I do admit to feeling a little smug, especially when a few of the nurses who had made wisecracks about the “yellow light” of “inadequacy” being due to my shortened treatment time, and now they had to re-program my treatments to 2:45)! I had, however, also mentally prepared myself to accept a longer treatment time if needed.

Back to in-center – except for the few previously mentioned aggravations, I liked it! I liked (almost) all the techs and nurses. I liked being taken care of, having the bandages changed, the tubes hooked up. I liked not having to think. I liked the camaraderie among the staff and users (not patients, remember!), and after awhile, I even felt at home. I was happy there, and even better, I was beginning to feel not just better, but GREAT! I never, ever imagined that the outcome of dialysis would be a better quality of life than I had prior to dialysis.

Except I had to scrap my plans to travel to Grenada, Spain. Remember, to do dialysis in Europe is $500 per session times three sessions per week times four weeks abroad equals $6000, not including airfare. I don’t know about you, but that is way over my budget.

So I got on the waiting list for home hemodialysis (HHD) training with the Nxstage System One cycler. Ironically, home training started just about the same time that my fistula had “matured” enough to use. Would it work? I was about to find out! And so are you…