This blog post was made by Eldonna Edwards on March 5, 2015. 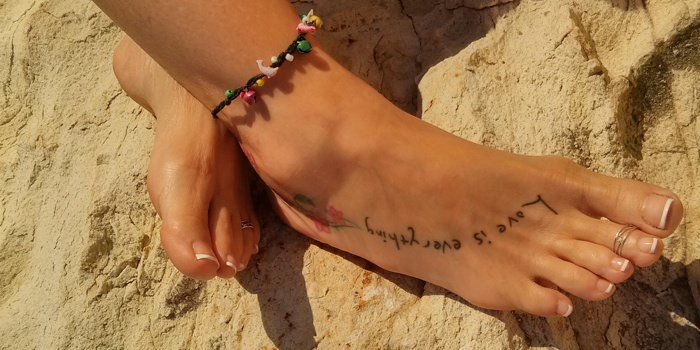 Ten thousand thoughts are not as good as one action. ~~Adyashanti

From as far back as I remember I’d always associated the word philanthropy with wealthy individuals or organizations who donate money to charitable causes. People like Bill Gates, Warren Buffet, Ted Turner, and rich widows who leave lofty estates to libraries or colleges. What I’ve come to learn is that the Greek etymological root of philanthropia is “love of mankind.” Philanthropy is simply being of service to one another through concern for the welfare of our fellow human beings.

I am not a rich woman, nor did I grow up privileged. However, as the daughter of an evangelical minister I learned from a very young age that no matter how poor you were, giving back was imperative. I no longer attend church or subscribe to any religious sect. I tend to describe myself as a devout agnostic, meaning I’m sincerely uncertain about a higher power or what happens after we die. However what I am fairly certain about is what matters before we die. It is my belief that each one of us can make a difference in the quality of other human lives. Whether that means going the extra mile for one’s patient, giving money to a reputable charity, offering your time at the women’s shelter, or in my case--donating a kidney to a stranger on dialysis--each is a path toward the same goal. Every interaction with a single individual creates an opportunity to alter both of your lives for the better.

Altruism is defined as “the practice of unselfish concern or devotion to the welfare of others.” It exists in order that we take responsibility for the greater good of our human community and to create balance for the inequality and unconscionable inhumanity that persists in the world. I have to admit I take issue with the word “unselfish” because I can tell you from experience that when you help someone it feels good. I prefer to call it enlightened self-interest. There is no metric for calculating the outcome of donating your cans and bottles to a needy family collecting returnables or paying for the person ahead of you in line at the grocery store but the immediate reward—that rosy feeling we get when contributing to the greater good—makes us happy, and thereby motivates us to continue the cycle of giving The question I’m most asked is, “Why? Why would a healthy individual put herself at risk, give up an organ to someone she doesn’t even know? Why go so far out of my way to donate a kidney when this disease hasn’t affected a close friend or anyone in my immediate family? Why not just donate my time instead of one of my vital organs to someone I don’t even know?”

These are all perfectly legitimate questions however, my motivation wasn’t born out of logic so it’s difficult to explain. But I’ll try. When I was eight years old a new family moved into our small rural town. The father dug wells for a living and their ramshackle home housed half a dozen kids. Two of the girls ended up in my second-grade classroom and both showed up wearing the same clothes to school every single day. When I asked one of the siblings why she never wore a dress she answered that she didn’t own one. Our family didn’t have much and most of my clothes were hand-me-downs from my older sisters but I knew my two new classmates had less than I did. Way less. The next day I selected two dresses from my closet and gave them to the girls. You would have thought I’d given them tickets to Disneyland based upon their reaction. It is my first memory of the correlation between donor and beneficiary and I’ve never forgotten it. Forty years later I met a woman with kidney disease. I had two so I offered to give her one of mine. She turned me down, partly because she wasn’t ready and partly because at that time, non-related donors weren’t accepted at most transplant hospitals. Little did she know that our chance meeting set me on a path I never expected and that the gifts I’ve received as a result are much greater than the one I offered.

I truly believe we are all brothers and sisters in this world and that by helping one person you help the collective. I believe each of our deeds, good or bad, creates a ripple. Birth might be about circumstance but life is about choices within the events that occur year to year, day to day, and most importantly, moment to moment. What looks random in the immediate moment might seem like fate for those that believe in predestination. For me, it was merely an encounter with a person with kidney disease who raised my consciousness about a particular form of suffering and I chose to act upon it. Knowing my donation made a positive difference in the life of a recipient and his loved ones is awesome. And even better, if sharing my donation story helps just one more person consider living or deceased organ donation then everything will have been worth it.

Between A and B, life and death, all we have is each other and I believe our purpose is to be of service, make a positive contribution to the world, relieve suffering and bring joy to others. To that end, I’m grateful for each person with kidney disease who has touched my life with stories of hardship and hope. And I’m thankful to all the doctors, nurses and other important fibers of the amazing tapestry of medical miracles in the dialysis and transplant field for not only giving sick people a better quality of life but for helping people like me find deeper meaning and a higher purpose in life. It is an honor to be one of the tiny threads woven into our overlapping lives.

See a trailer for a documentary about altruistic living kidney donation that Eldonna took part in.