The SONG-HD Initiative: It's Not the Same Old Song, and It's Got a Very Different Meaning.

This blog post was made by David Rosenbloom on December 9, 2015. 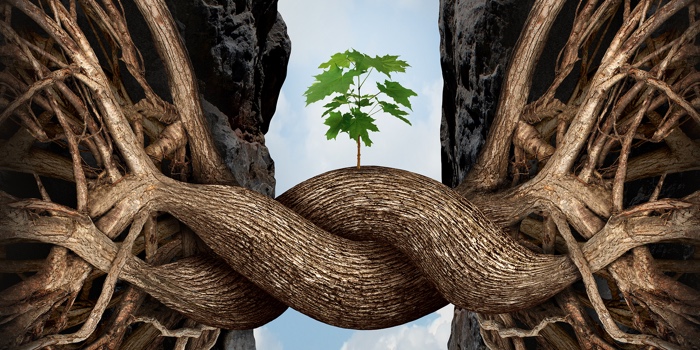 Author's note: I was diagnosed with kidney failure in 2002, and spent 6 1/2 years on dialysis, 3 1/2 years with in-center hemodialysis (HD), and 3 years on short-term, daily home HD. I was successfully transplanted with a cadaveric kidney in 2008, and live a fully active life today.

For many of us who grew up in the 1960s, the music and lyrics to It's the Same Old Song are very familiar. A Top-40 pop single in 1965, the song is about the pain of lost love. But, it also relates to many of life's disappointments, including once-happy associations that take on a new meaning with their loss.

Chronic kidney disease (CKD) is all about loss and the life-changing deprivations kidney dialysis brings. Today, CKD is a leading contributor of mortality and morbidity the world over1-3 and its standard form of treatment, 3-times-per-week in-center dialysis, has proven to be "the same old song" with continually disappointing outcomes. Patients on dialysis have an annual mortality rate 15-100 times higher than that of the general population.4-7 And, studies consistently show that dialysis patients report a significant loss in quality of life, even greater than people with metastatic cancer and other chronic diseases.8-9

Today, a new SONG—Standardized Outcomes in Nephrology—is being written. It is designed to correct this deplorable condition by establishing consensus on a prescribed list of dialysis outcomes most desired by both healthcare professionals and patients, to which future randomized trials and other research on dialysis must adhere. It's based on the precept that patient-centered care involves shared decision making, which takes into account patients' priorities and values as well as the biomedical goals of the clinician.

The alarming number of new patients who begin dialysis annually has led to a plethora of studies. The Cochrane Renal Group Specialised Register shows that from 2004 to 2014, there were 1,500 randomized, controlled trials in hemodialysis.10 Yet there has been very limited improvement in clinical, quality-of-life and mortality outcomes for dialysis patients.11-12 In 2014, the Lancet reported that 85% of the $240 billion expended on health research in 2010 was wasted because of problems in the design, conduct, analysis and reporting of research, much of which ignored patients non-medical needs.13

Most findings from these studies aren't meaningful for patients, because patients were not included in their planning. Researchers from academia and industry typically define the outcomes, largely in biomedical values.13 Patients, on the other hand, have different priorities, to which the SONG-HD (hemodialysis) Initiative gives equal consideration. Patient-desired outcomes can include empowerment, independence, social acceptance, concerns for family and care partners, normality, free time from dialysis, and freedom to travel.14

The SONG Initiative takes its cue from the success of the Outcome Measures in Rheumatology (OMERACT) initiative which began in 1992. OMERACT outcomes have improved the reporting and relevance of outcomes in rheumatology trials and its methodology has been applied successfully in cancer, middle ear infection, eczema, and chronic pain. Both the World Health Organization and the U.S. Food and Drug Administration have endorsed OMERACT outcomes. And in 2010, the international Core Outcome Measures in Effectiveness Trials (COMET) organization was launched to facilitate the development and application of core outcome sets.15-23

Core outcome sets represent the minimum that should be measured and reported in all clinical trials for a specific condition; however, they are not meant to be definitive. The intention is that the core outcomes be collected and reported to allow the results of trials and other studies to be compared, contrasted, and combined as appropriate; researchers are at liberty to collect and explore other outcomes. A core outcome set does not exist for CKD.

SONG-HD is first focusing on hemodialysis (HD) since it is the main dialysis modality worldwide. The ultimate aim of SONG is to develop core outcomes across the CKD treatment spectrum, including early-stage CKD, HD, peritoneal dialysis (PD), and kidney transplantation.

I took part in Delphi surveys, an integral part of SONG-HD, which ranked patient-suggested and medically-accepted hemodialysis outcomes, and attended the SONG-HD Consensus Workshop on Nov. 7, 2015 during ASN Kidney Week in San Diego, CA. Preliminary, officially unpublished results as of that date are reprinted here with the kind permission of Allison Tong PhD, MPH (Hons), Associate Professor, Sydney School of Public Health, The University of Sydney (Australia), a lead member of the executive committee of the SONG-HD Initiative.

The 5-Phases of the SONG-HD Initiative24

SONG-HD is a five-phase, multi-method project that includes systematic reviews, focus groups, semi-structured interviews, Delphi surveys with best-worst/choice experiments, and a consensus workshop. Following is an overview of the preliminary (unpublished) results from Phases 1 - 4.

In Phase 1, SONG-HD reviewed 265 research trials published in Cochrane, involving 19,393 patients on hemodialysis. 1,507 different outcomes were reported from those 265 trials with a mean of 12 outcomes per trial. Biochemical outcomes were most frequently reported (e.g. phosphorus, calcium, hemoglobin, parathyroid hormone).24

In Phase 2, 58 hemodialysis patients and 24 care partners from 11 dialysis units in Sydney and Melbourne, Australia, and Calgary, Canada identified, defined, and ranked outcomes they considered important.
The top 10 were:

In interviews with participants in Phase 3, patients spoke openly about not fully understanding the biomedical markers so valued by nephrologists, like potassium and phosphate levels or clearance formulas. Instead, they wanted to maintain as normal a life as possible while on dialysis. Mortality was not high on their list of priorities as they live with death daily, and were more concerned with the quality of life left to them than their longevity.24

The Delphi method, developed at the beginning of the Cold War to forecast the impact of technology on warfare, is based on the principle that decisions from a structured group of individuals are more accurate than those from unstructured groups.25

In a typical Delphi survey, participants are asked to give their opinions over several rounds, until a consensus emerges. The mean (average) or median scores of the final rounds determine the results. All participants remain anonymous, even after completion of the final report to prevent the personality or reputation of some participants from dominating others. Arguably, anonymity also frees participants from their personal biases, allows free expression of opinions, encourages open critique, and facilitates admission of errors when revising earlier judgments.26-28

Approximately 200+ patients and caregivers and 1,000 health professionals (nephrologists, surgeons, nurses, allied healthcare professionals, researchers, policy makers and people from industry), took part in the three rounds of the SONG-HD Delphi survey. There was a similar proportion of males and females, and a wide range of ages (18 years to over 81 years). Round 1 participants were from 73 countries and began by ranking 34 desired HD outcomes on a scale of 1 (least important) to 9 (critical). In Round 2, five outcomes with medians <7 were excluded, leaving 29 to rank. In Round 3, nine outcomes with a median <7 were excluded, leaving 20 to rank. Outcomes that were removed are still important—but not of critical importance to both patients and health professionals.24

The endpoint of the SONG-HD study's is to arrive at 3 to 5 Core Outcomes to be included in all future research on HD as critical to both patients and healthcare professionals.24

Below are the results (officially unpublished) from the three rounds of the Delphi survey:

Round 3 preliminary results were presented in San Diego to a group of 55 healthcare professionals and 6 patients, who had taken part in the Delphi survey. After an overview, the group broke into five subgroups, each with a moderator, in an attempt to develop consensus about the most critical outcomes.

In the comments24 for the successive rounds of the survey, patients strongly favored quality-of-life outcomes over biomedical ones. The exception is "vascular access problems," which are critical to getting adequate dialysis. This is not surprising, since vascular access is a lifeline for dialysis. Two comments from patients are particularly striking:

While the healthcare professionals' rankings tending to change less than the patients, their comments were primarily biomedical in nature, with the exception of ability to work. Yet many indicated that their views on quality of patients’ lives had changed as a result of the survey:

My own experience through the rounds of the Delphi survey mirrored that of other patients. High on my list of outcomes were quality-of-life issues. But, as the rounds advanced, I moved vascular access and cardiovascular disease upward into the "critical" category. I know I was influenced by the high ratings other patients and the healthcare pros gave to those outcomes. They are indeed critical.

I can't say I was surprised by the overall rankings of the healthcare professionals. Nephrology practice in the U.S. has been guided largely by biomedical markers for decades, as doctors have less and less daily contact with their patients, and rarely see them when they are on dialysis. Patients too often tend to become numbers on a monthly lab chart.

However, I was very pleasantly surprised by the deference the healthcare professionals showed toward the patients in the breakout sessions in San Diego. They were genuinely interested in our opinions and eager to learn from us. Many doctors indicated in personal conversations afterward that they were tired of repeatedly poor patient outcomes in their practices and were looking for a better approach with the patient as a full member of the healthcare team.

I feel strongly that the SONG-HD Initiative has broken through an invisible barrier which for too long has relegated patents to victim status, rather than consumers of healthcare. Or, put more correctly, people who have kidney failure, with the emphasis on "people." When we change that mindset—and SONG-HD does—we have a fighting chance of saving more lives and taking dialysis practice from adequate to rehabilitative.

18 Waters AM, Tudur Smith C, Young B, Jones TM. The CONSENSUS study: protocol for a mixed methods study to establish which outcomes should be included in a core outcome set for oropharyngeal cancer. Trials. 2014;15:168

26 Rowe and Wright (1999): The Delphi technique as a forecasting tool: issues and analysis. International Journal of Forecasting, Volume 15, Issue 4, October 1999

27Rowe and Wright (2001): Expert Opinions in Forecasting. Role of the Delphi Technique. In: Armstrong (Ed.): Principles of Forecasting: A Handbook of Researchers and Practitioners, Boston: Kluwer Academic Publishers