Thoughts on Home Haemodialysis in Australia and the US, from a Patient Perspective

This blog post was made by Henry P. Snickelsnorter on February 18, 2016. 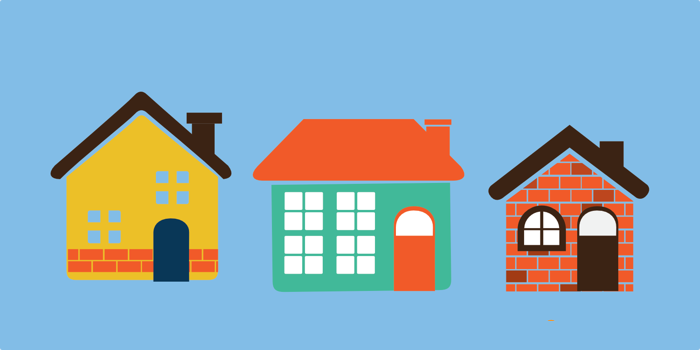 How do we engender change for the better? By convincing the people who can make change that it is in their interest to promote long, slow, gentle nocturnal dialysis.

There are a whole lot of vested interests who would, on the surface of things, see no great value in what we are promoting. So, let's find a way of appealing to them in a language they understand.

Political. Home HD is the lowest cost form of dialysis here in Australia. Part of the reason it is promoted is based on that. The last figures I can remember seeing were something in the order of A$130,000 per annum for in-hospital, A$90,000 for PD and A$70,000 for home HD. I would have thought PD would be the cheapest, but apparently not so. So, what Senator, Congressman, or Presidential candidate from either party wouldn't want to have their name attached to something that would reduce healthcare costs and benefit people at the same time?

Economic. Centres are vacant at night. How could DaVita or Fresenius say they were not interested in maximum utilisation of capital costs at very little extra running cost per patient to thus improve their bottom line? That provides an avenue for those who don't have a suitable living space for home HD, or who for other reasons want to be in-centre. And we would be promoting that utilisation for them.

Patient employment. There is no doubt that those who are getting optimum dialysis have the best chance of remaining in, or returning to work, again boosting the economy and reducing the strain on healthcare spending at the same time. How many Senators and Congressmen/women wouldn't want their names attached to that? There may even be a case for assistance loans to enable people to transit to a home situation, repayable in a similar way to student loans.

Massaging Egos. Nephrologists are human, just like the rest of us. So if they are presented with irrefutable data that show the positive results of long, slow, gentle dialysis, and are then presented with the figures that the most progressive nations with demonstrably the best results for dialysis patients don't include the US, what will their reactions be? Letting them know they could achieve national prominence by promoting this modality would have great appeal to many.

National Pride. Americans are justifiably proud to be American. It's the richest and most powerful nation in the world. To tell a politician that countries like Canada, Japan, some European countries and little old Australia currently beat the US hands down in dialysis outcomes, patient lifespan, and in the case of Australia, do it for about 65% of the cost by comparison with the US. must be galling. Yet if you can tell them that promoting this modality has the means to start reversing that imbalance, as well as all the above points, you'll have their ear.

With all of the above, you would be making them an offer they couldn't refuse, - particularly if they thought others of their ilk might get in before them. Votes and the hip pocket nerve—that is what will drive change quicker than anything.

The Fight for Change

There are several options available with Home haemodialysis. Dialysing 5 days a week for 5 hours, for instance, or the ultimate, nocturnal, which is what I do, 8 hours every other night. Nocturnal treatments give you the flexibility to spend a weekend away and return, having gone 2 nights without dialyzing, and immediately resume the schedule, even throwing in an extra night to take care of the fluid overload you might have incurred in carousing with your friends. There is nobody to ask for permission, no one to scold you for perhaps overdoing your fluid uptake. No cramping. No blood pressure drops. No anxiety. Just peaceful, relaxing sleep every night, and every day is free.

Secondly, the quality of nocturnal haemodialysis is better. It is my belief, from all of the information I have been able to gather, that the long, slow, gentle, low UF rate of dialysis that nocturnal allows, approaches cadaveric kidney transplant in patient outcomes. The long slow runs with the dialyser filters we have today go a long way toward capturing the middle molecules that are largely missed by the short fast runs available in thrice weekly in-centre runs. I am a great fan of the writings of Prof. John Agar in this. I am also a living example of what his teachings can produce in patient outcomes.

Third, diet and fluid intake are more generous. Those of us who dialyse nocturnally and target 25 hrs or more of long slow gentle dialysis per week can virtually throw the diet restriction handbook in the bin, by using a little common sense.

And then, there is the freedom. Any sort of home dialysis allows the patient a freedom that in-centre short brutal methods cannot hope to match. The mental health benefits of that, should not be underestimated by the medical fraternity. Indeed, I feel they are much neglected by many professionals. It is my belief that patients who feel they have some control over their day-to-day lives and a sense of normalcy alongside their fellow non-patients, will show far greater response in well-being and better response to good dialysis than those who are compelled to make the thrice weekly trip to a centre for what is a minimal, often painful and largely unsatisfactory treatment.

The following piece of homespun bush poetry was written by me in the months before I succeeded in going mobile and escaping the city for the bush. It portrays how I felt at the time, a man made well by the optimum in dialysis regimes—yet whose soul felt crushed at the thought of not being able to return to, and roam in, his beloved bush. The last four verses were recently added by Prof. John Agar, and fittingly provide an uplifting ending and a hope for the future for me and I hope, many others. Fittingly, it is the regimes that he unceasingly champions that have led me here.

A Bushman In The City

There's a man from up the country, who sees cities as a curse,
The haunt of crooks and conmen, who would take you down, or worse,
People fighting endless traffic, as they crawl their way to work,
And politicians, - with their hands, in every single lurk.
Strangers in the street, to whom you stop and say “G'day,”
Will swiftly drop their heads in shock, and scurry off away.
The house blocks all get smaller, every single day,
With no room for a backyard, in which the kids can play.
Have you got the latest smart-phone?
Is your Facebook page up yet?
Does your worth in life get measured by the “must haves” that you get?
And the bushman thinks back wistfully, remembering the day,
When someone mentioned “Twitter,” they meant little birds at play.
And the bushman's promise to himself, each night before his sleep,
Is that he'll make it back up country, a promise he will keep.
For the people of the outback, to whom you say g'day,
Will smile and g'day right back, and pass the time of day.
The stars that grace the outback skies, great jewels of the night,
City dwellers cannot see, for all the cities’ light,
The grandeur of the thunderclouds, that build throughout the day,
The promise of a lightning show, a few short hours away,
Then the searing crack of thunderbolts, that rend the sky asunder,
Precede a grumbling, rolling, then a mighty clap of thunder,
The smell of distant rain, gets faintly carried on the breeze,
Swirling gusts awake the leaves of all the bush and trees.
The tang of ozone in the air, the wind begins to rise,
Then big fat raindrops tumble down, gifted from the skies.
The parched dry earth drinks thirstily, and when it's drinking's done,
The water fills the catchments, and then the rivers run.
Then as quickly as it started, the clouds are blown away,
The bush washed clean, refreshed anew, and birds come out to play,
Then the sun comes out from hiding, and bestows its fiery glow,
Another one of nature's wonders, city people never know.
The bushman's kidney's failed him, some years back down the road,
And science with its wonders, stepped in to take the load,
And the bushman, though he's grateful this machine keeps him alive,
Yet it chains him to the city, in which he cannot thrive.
Yet because he is a bushman, self reliant and inventive,
He's proposed a mobile unit, with the outback his incentive.
If this idea should come to pass, (and he's determined on that score,)
He'll return to where his heart is, and be content once more.
And if in the near future, a system small and light
Allows him back to “country” to the wide and starry night,
To the brightly shining Southern Cross, undimmed by city's glow
To where his soul can be restored, his inner calm re-grow.
Where strangers passing in the street would stop and say “G'day”
Not stare down at his fistula, but smile at him and say,
“It's good to have you back here mate, we've missed you round this place, ”
“And it's beaut to hear that mobile system's given you some space.”
So, what do you plan to call it, will you give that thing a name?
Maybe “Banjo” - after Patterson, or “Melba” - like the Dame,
Or there's “Henry” - after Lawson ... any Aussie name would do
Even “Quanta” (though the spelling's wrong), the flying kangaroo.
But, mate, it's really great to have you back here in the bush,
And great to hear those guys in town have had the guts to push
For services like dialysis to thrive and stay well planned,
In any home, and in any place, throughout our southern land.