Let’s Not Throw Out the Buttonhole "Baby" with the Bathwater

This blog post was made by Dori Schatell, MS, Executive Director, Medical Education Institute on April 14, 2016. 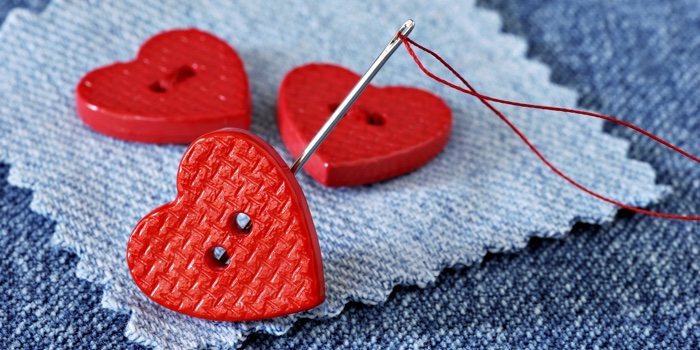 Last month, Nephrology Dialysis Transplantation ran a pro and a con article about the buttonhole cannulation technique in their Polar Views in Nephrology column. The good news is that cannulation is now receiving close attention from researchers and clinicians, and the debate is still open—which leaves room for more research and better information about who would best benefit from this technique. But, as a home dialysis advocate, the recommendation of the con article was so adamant that it was troubling to me.

First, a bit of background. Cannulation is, of course, essential for any type of HD with a fistula or graft. In-center, the vast majority of people are cannulated by the clinic staff. Self-cannulation, though, one of a bare handful of rights granted to dialyzors by the Medicare Conditions for Coverage, can enable independence. And, fear of self-cannulation has been identified as a major barrier to home HD.1,2,3 I won’t waste time elaborating on why home HD is a better treatment option than standard in-center—just read the Help, I Need Dialysis! book Dr. Agar and I wrote to learn lots of reasons.

What is buttonhole cannulation? Simply put, it is creating scar tissue channels in a fistula by placing needles in the same spots at the same angle for several treatments in a row; a technique developed by Dr. Zbylut Twardowski in the late 1970s. The end result can look a bit like a 2-holed button. Since chronic dialysis began in the early 1960s, blood access has remained one of its biggest challenges. Advent of the arteriovenous fistula (AVF) in 1966 and the arteriovenous graft (AVG) in 1970 brought a need to repeatedly puncture living tissue to reach the blood instead of connecting a Scribner shunt cannula as had been done before. Alternating needle sites to allow healing seemed prudent and, with virtually no study, became the standard.

(A quick aside: There are two ways to alternate cannulation sites: “rope-ladder”—systematically moving up and down the full length and sides of an AVF or AVG, and “area cannulation—placing needles in the same general spot over and over, which pretty clearly increases aneurysm formation and should never be done. You can see in the images below how aneurysms are starting to form with area cannulation. This is all-too-common and can lead to fatal access rupture.)

Back to the con article. The biggest concern is an increased risk of blood infection. The authors noted that: “Buttonhole cannulation has not been shown to reduce cannulation-related pain, improve vascular access survival, reduce vascular access interventions, reduce haematoma formation, improve haemostasis or reduce aneurysm formation. Consequently, rope-ladder cannulation should remain the standard of care and buttonhole cannulation should only [emphasis mine] be used in rare circumstances (e.g. short segment AVFs where the only alternative is a haemodialysis catheter).

Unfortunately, this conclusion—while meticulously supported by a literature review focusing primarily on randomized controlled trials—left out a vital consideration: the people whose living tissue must be punctured 3, 4, 5, or even 6 times a week by needles the size of fork tines. These are the same people whose fear of self-cannulation could keep them from doing the treatment that might give them the best chance of feeling well and living as long as they can.

So, I queried participants in our Home Dialysis Central Facebook Discussion Group (and alerted them that I would be writing this blog.) “Would YOU have started home HD if you couldn't buttonhole? Would you KEEP doing home HD if you couldn't?” I asked. There were 82 relevant comments from 37 different participants, and they were roughly divided nearly 50/50 into two main groups:

The group made some excellent points about nocturnal HD, in particular, including

Was this query scientific? No. Randomized? No. Is the plural of anecdote data? No again. But, how can any discussion of the pros or cons of buttonhole cannulation be complete if it includes only clinical risks and not the views of the people using the technique—or denied it? How can the authors justify only looking at statistical significance when it comes to the level of pain from blunt vs. sharp needle—and not the variance. Some people feel more pain with one technique, and some with the other. Proposing to deny nearly everyone the opportunity to try the buttonhole technique in this case would simply be cruel.

There is an alarming tendency in the U.S. renal community to be paternalistic. Oh no, children—there is a risk of infection if we let you use this technique! No, no, no! (Slaps hand.) Mustn’t risk that. But, adults make choices, based on a variety of factors, including legitimate fears of needles the size of fork tines. They make choices about a lot of health behaviors, from smoking to eating fast food to taking or forgoing medications. The job of healthcare providers is to inform people of risks and what they can do to mitigate them, then empower them to make choices. We may not always agree with their choices, but they are theirs to make—not ours.

The pro side of the debate did note the importance of user perspectives when it comes to very large needles, and it did find some hope that strategies could be found to mitigate at least some of the infection risk. Let’s avoid throwing out the “baby” with the bathwater and continue looking at how to obtain better outcomes from this alternative needling option.