Choosing Between Home HD and Home PD: When, and Why 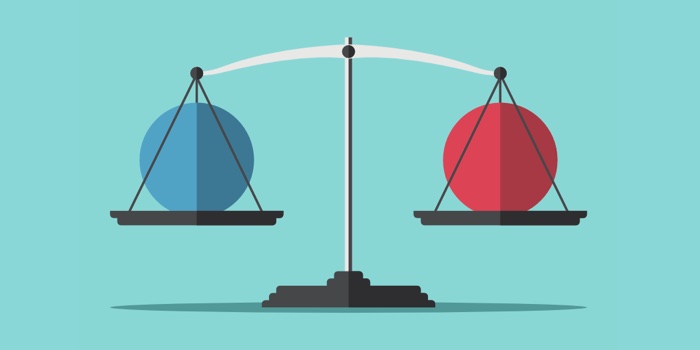 From time to time, I have noticed some questioning and uncertainty arising at the HDC Facebook site regarding the difference between, relative place of, and effective efficiency of the two main dialysis therapies: peritoneal dialysis (PD) and haemodialysis (HD) – especially as theses factors apply in the home. Many who respond clearly do understand this, but some still seem a little hazy. I thought it might be useful to pick through some of the myths and legends about both, and put them in context.

Firstly, one of the two therapies is exclusively a home therapy (PD), while HD, though in my view best performed at home, is most commonly still offered as a facility-based treatment. I do not intend to pick over the bones of the “at home” versus “at facility” argument here—that has been the subject of several previous blogs and is a theme that runs strongly though most of the views expressed at this site. Rather, I seek to concentrate on some of the practical differences between the two options.

Firstly, there is the efficiency of dialysis. PD uses a natural, inbuilt body “membrane”—the peritoneum—a layer of mesothelial cells a single cell width thick, that line the internal cavity in which lie our internal abdominal organs. I ask my patients if they have ever opened the belly of a fish, or animal…most will certainly have at the least slit open a fish…and have seen the silver shiny membrane that lines the belly cavity inside. This same peritoneal membrane also extends to cover all of the internal abdominal organs. Underlying this membrane is a myriad of small, blood-carrying capillaries (microscopic blood vessels) that carry the blood and the wastes, impurities, and extra water it contains, and that would normally be removed by healthy kidneys, up close to the under-surface of this thin shiny membrane. We are built no differently to a fish, or any other animal. Opened up, the inner lining of a human belly shines and glistens too.

The principle of PD is to instil a specially formulated fluid into the belly cavity so that it can interact with and remove water and solutes from the blood in these peritoneal capillaries, with the peritoneal membrane acting as a separating, but permeable “divider” between blood and the dialysis fluid…just like the artificial membrane of a haemodialyser does.

But, PD has a limiting factor. While the surface areas of a haemodialyser and a peritoneal membrane are not much different, the blood flow per minute through a haemodialyser is dramatically greater than the blood flow through the peritoneal capillaries for the same period. This difference is so great that PD done continuously for 24 hours a day, seven days a week (168 hours), removes or “clears” roughly the same amount of waste as HD done intermittently for 3-4 hours at a time every other day or so. So, small solute clearance in continuous ambulatory peritoneal dialysis (CAPD)—or the now much better and preferred option of overnight, automated peritoneal dialysis (APD)—is thus roughly equivalent to just 12 hours of HD/week.

From this it will be evident that home HD, advantaged as it is by self-determined schedules, including both the hours and frequency of treatment, offers an efficiency boost to small solute waste clearance…and herein lies one of the inherent “positives” for home HD.

But, why are some things so complicated? …it turns out that PD vs. HD is not actually quite as simple and clear-cut as that!

The peritoneal membrane is much more permeable than most artificial HD membranes. The peritoneum will allow the passage of much larger molecules than will most HD membranes—with the exception of some of the very expensive protein-losing HD membranes sometimes used for treatment of specific problems such as multiple myeloma. This PD permeability allows much larger toxins—ones that are difficult to remove in HD—to be more easily removed. So, that’s a win for PD. Middle molecules and some protein-bound toxins that remain trapped in the body in HD are able to escape during in PD.

All that said, PD is a very good way to start dialysis. While patient preference is key, PD is easy to learn, easy to perform, and is also particularly effective when there is still some residual native kidney function to augment the PD process. In many countries, including in my own region of ANZ, a strong PD-First approach is taken by many services. But as residual kidney function fails over the 1st 24-36 months, and solute and water clearance comes more and more to rely on the efficiency of PD alone, PD often begins to fail to be “oomphy” enough—especially with ultrafiltration (water removal). Early recognition of this slow failure should permit a seamless transfer to HD at home.

Some patients have expressed the idea that transferring the other way—from home HD to home PD – is a potential option. I beg to differ. The maximal advantage of PD is seen early, while there the remnants of residual renal function are able to support and augment PD. Later, once native kidney function has been lost, so too are the advantages this brings to PD. PD is often not adequate, on its own. So, assuming that residual kidney function dwindles in the background during a period on HD, switching to PD offers no remaining advantage and would be a switch to a less efficient dialysis option, which is not a good idea.

So, PD first = absolutely. But, PD second, or later = not so smart.

A smarter approach is to offer either PD or home HD up front as a first home dialysis option, understanding that while home HD is more effective therapy, it is also more complex, requires more complex training and equipment and, at the same time, there are some significant benefits tucked into into the PD bag at this point.

If a patient chooses home HD as a first-up choice, then, in my view, that is great. Alternatively, if PD is chosen for the first option—especially APD—then that is great as well. But, while a switch from PD to home HD is an option we should be encouraging far more as and when ultrafiltration fails and/or the patient begins to struggle and fail to do well, the reverse (switching from HD to PD) is not a viable or commonly sensible choice. This latter choice will, in the main, simply lead to inadequate dialysis and…trouble…and should be strongly discouraged.