MEI’s Response to the MACs: Daily Home Hemodialysis is Not Done for “Convenience”

This blog post was made by Dori Schatell, MS, Executive Director, Medical Education Institute on December 7, 2017. 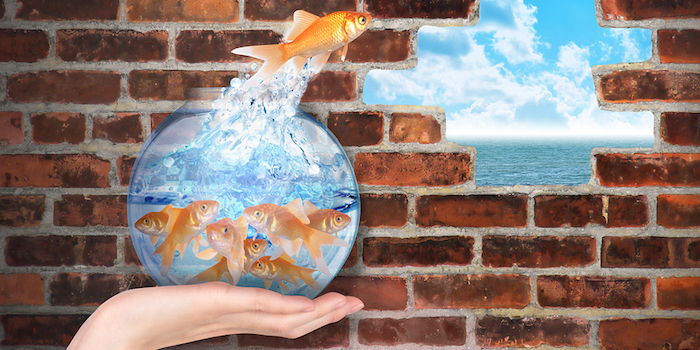 In this week’s blog post, I am sharing the letter I sent to the MACs in reaction to their proposal to restrict chronic hemodialysis treatments to three per week. If YOU have not yet written a letter, there MAY still be time. Visit Stop the Macs to find out.

As Executive Director of the non-profit Medical Education Institute (MEI) in Madison, WI, a research, education, and advocacy group on behalf of kidney patients that serves the mission of “Helping people with chronic disease learn to manage and improve their health,” I am writing to share my dismay about the MAC proposal to severely limit the permissible justifications for prescribing chronic hemodialysis more than thrice weekly. MEI launched the Home Dialysis Central website in 2004 to raise awareness and use of peritoneal dialysis and all forms of home hemodialysis, because:

1). These options are the only ones that offer training so patients can understand their disease and treatment and learn how to produce good health outcomes for themselves

2). Home dialysis puts patients where they belong: engaged, activated, and in the driver’s seat of their own day-to-day care—self-managing at a high level, as experts.

Home dialysis of all types is an excellent fit for the Centers for Medicare and Medicaid three part aim of better care for individuals, better health for populations, AND lower cost—when ALL of the costs of dialysis care are considered, particularly hospitalization.

In particular, I would like to address the perception that patients “want” more dialysis out of “convenience.” It took 25 years of daily contact with more than 15,000 kidney patients for me to realize that at the point of inevitable modality choice (vs. death), no one wants ANY of the treatment options—not even a transplant. People want their lives to stay the same.

For individuals to be willing to do more dialysis than the bare minimum, there MUST be tangible, important, day-to-day lifestyle benefits to offset their investment of time, space in their homes, higher utility costs, and increased responsibility. And, there ARE.

By now, hundreds of patients have shared their stories with you, describing how they have more energy with more frequent hemodialysis. They can think more clearly. They can work, travel, care for children and seniors. They can fully and actively LIVE their lives in ways they could not when they received just three brief treatments per week—and THIS outcome was a key reason why, after fervent advocacy from the nephrology community, Congress passed the Social Security Amendments of 1972 (P.L. 92-603) that created the Medicare ESRD Program in the first place.

American citizens with ESRD who qualify for Medicare benefits today are fortunate to receive financial support to help pay for their costly healthcare. In 1971, dialysis patient Shep Glazer, Vice President of the National Association of Patients on Hemodialysis (NAPH, which later became the American Association of Kidney Patients) dialyzed in front of Congress to help get the Medicare ESRD Program passed, and testified, saying: “I am 43 years old, married for 20 years, with two children ages 14 and 10. I was a salesman until a couple of months ago until it became necessary for me to supplement my income to pay for the dialysis supplies. I tried to sell a non-competitive line, was found out, and was fired. Gentlemen, what should I do? End it all and die? Sell my house for which I worked so hard, and go on welfare? Should I go into the hospital under my hospitalization policy—then I cannot work? Please tell me. If your kidneys failed tomorrow, wouldn’t you want the opportunity to live? Wouldn’t you want to see your children grow up?” (U.S. Congress, House, Committee on Ways and Means, 1971b)

Per Senator Vance Hartke, who passionately supported U.S. federal government payment for dialysis, the purpose of passing P.L. 92-603 was not a purely clinical one—it was to enable people to remain actively engaged in life, and, in particular, in paid employment. Senator Hartke famously testified that, “60% of those on dialysis can return to work but require retraining, and most of the remaining 40% require no retraining whatsoever. These are people who can be active and productive, but only if they have the life-saving treatment they need so badly.”

Ironically, just today this quote appeared on social media from a standard in-center hemodialysis patient: “I used to work 40 hours on dialysis, but had to cut back to every other day due to how sick I was the day after my dialysis.”

Just as Senator Hartke did in the 1970s, it is vital for CMS to look at the ENTIRE picture of the costs of dialysis to society—not just the costs of healthcare. Having options such as daily hemodialysis available that are both more gentle and offer patient-driven schedules is ESSENTIAL to keep patients engaged in life, and specifically to help working-age patients keep their jobs and health plans. In the 2017 USRDS Annual Data Report, more than half of the Americans starting dialysis were UNDER age 64. Many of these individuals could be in their highest-earning years, and still be working—instead of relying on Social Security Disability Insurance (SSDI), which replaces a maximum of 59% of earned income. (Note that this percentage drops as income rises, to as low as 28%, and that fewer than ¼ of working-age standard in-center hemodialysis patients are able to work.)

Patients who are denied access to work-friendly treatment options such as more frequent hemodialysis may well be at risk of losing their homes and relationships along with their kidney function and livelihoods. Job loss is a well-known trigger for depression—and dialysis patients are estimated to have TRIPLE the rate of depression as the U.S. general public and FOUR times the mortality rate of non-depressed dialysis patients, perhaps because depression predicts that patients will not follow their treatment plans.(1). In the FREEDOM study, which enrolled 239 and trained participants on daily hemodialysis from 28 sites, of whom 128 completed a year-long trial, scores on the Beck Depression Inventory IMPROVED significantly from baseline.(2).

Reconfiguring the Medicare ESRD Program to “tear down the wall” between the Part A hospital benefit and the Part B outpatient benefit that includes dialysis would allow calculation of the REAL costs of each dialysis modality—including hospitalization. A pilot test of this approach, or of paying for hemodialysis treatments by the hour rather than by the treatment may prove more productive ways to improve care for individuals and health for populations while lowering costs than permitting the MACs to eliminate patient choice—and the hope of feeling better and living more fully on dialysis.