What is an “eGFR,” and Why and When Does it Matter? 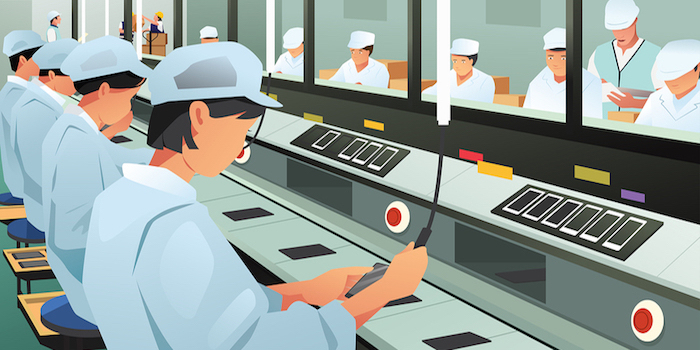 I often wonder why we tend to make kidney disease seem so mystical, so hard to understand…and so frightening. Of course, it can be all of those things, but many are unnecessarily frightened if explanations are too complex and a simple explanation is always the best. So, let me have a shot at unpacking the “mysteries” of kidney function, if or as it declines. What follows is the discussion I have about diminishing kidney function with my patients.

Rather fortuitously, a normal eGFR—a term that stands for estimated glomerular fltration rate, but that really means “effective kidney function”—is about 100. Forget the “units,” forget all that ‘mL/minute’ stuff: just think of a percentage (%) scale. In percentage terms, 100% means a “full house,” while 0% means “damn all of nothing.” As 100% dwindles to 0%, whatever is being measured (it doesn’t matter—it can be your finances, your kidney function, a town water supply—anything), it falls from ideal to nothing. So, as the eGFR dwindles for 100 to zero, kidney function falls from normal to nil.

Right. Now, imagine a factory with 100 workers making a product, an output. Next, just like on the Apprentice, fire 50 workers: halve the workforce. Those who remain at work will all have to work a bit harder. They will get a bit more overtime, they will go home a bit later. They will get more tired, but they will manage. Some may even be chuffed that they are getting more overtime pay, and work a little harder. In kidney function terms, that’s called functional up-regulation! In a word, they will “cope.” They will sustain the factory output (maybe with some grumbling at the water-cooler), without any major or sustained disruption.

But, fire another half, and things begin to unravel. Maybe if just a few more workers could have been retained, even as few as 1/3 of the original workforce... With only 25% of the workforce left of the original workers still on the factory floor (1 in 4), it is all too much! Too few are left to do the work.Those who remain are now clearly both over-worked and (likely) under-paid. They begin to leave. They jump ship. They fall ill, and can’t be replaced. Or, they fall away from sheer exhaustion. A point of no return has been passed. The “factory” begins to implode, as its workers quit, either by choice—or by death. A self-destructive pattern is established; A vicious cycle into factory implosion is guaranteed. The factory (and its output) is doomed.

And so it is with kidney disease, and, to be honest, it doesn’t really matter what the cause was. As functioning nephrons are lost and the eGFR dwindles and is lost, it is no different to the failing factory as its workers are fired, or quit. Eventually, the collapse of kidney function becomes an inevitable, self-fulfilling prophecy. So, if you have kidney disease of any cause, once about 2 in every 3 of your original full nephron workforce has been “taken out” by that disease, those that remain are destined to fail.

Even then, there is commonly lots that can be done to keep the struggling workforce afloat. This is the realm of good CKD management. Ultimate functional loss may not be averted—but it can be delayed and made much easier to tolerate. That said, the real battle is way back when the eGFR is greater than 50: that’s when the fight to preserve and protect really counts.

There is one caveat to this principle: age. As we humans age, our eGFR progressively diminishes in us all, from about the time we enter our fourth decade of life. Just as we age on the outside: our hair goes grey, we get wrinkles, our joints begin to ache in the mornings when we get up…we age inside too. Part of that ageing process affects kidneys and kidney function. The average human loses kidney function (eGFR) at around 8-10 ml/min per decade, each decade, after the early 30’s. This is a factor of ageing.

At that rate—assuming a starting eGFR of 100—we would have to live to and beyond 130 years of age before we ran out from age-related loss. Of course, none of us live that long. Perish the thought! But, by the time we reach 80, for most of us, our eGFR will have roughly halved. But, so too has our solute load: we eat less, we do less, we generate less, and we don’t need as much eGFR as we might have done as an healthy active younger adult. To be truthful, an 80+ year old with an eGFR in the 25-30+ range is at little or no major risk, if all other markers of active kidney disease are absent and other health parameters are secure.

Sadly, lots of people don’t get this, or are poorly informed. Lots of elderly people have the living daylights scared out of them by being told they have “kidney failure,” when, in truth, they have appropriately aged kidneys and are in no danger at all. Many live, unfairly, under a fear of death when—really—there is little or nothing to panic about. Older people tolerate a low eGFR, and often a very low eGFR without trouble.

We, in nephrology, “spook” far too many people, when reassurance and the pulling of gentle, low-key medical levers is all that is required. Sure, it is wise to exclude real markers of trouble by ensuring normal renal anatomy with an ultrasound, and excluding nasty glomerular diseases by protein analyses. But, it is only rarely that these are found to be abnormal. If the only issue is an eGFR in an elderly person of 20-25 or so, then other than checking it now and then, nothing else is needed. Certainly not talk of dialysis.

To be truthful, the data suggests that an octogenarian does just as well, lives just as long, and is way less impacted by conservative care than those who (often quite inadvisably) are committed to dialysis. Of course there ARE exceptions, but these ARE few.

Back, then, to the eGFR. Understand that the battle must be fought early. Understand that once too much is gone, progression is inevitable. But also understand that this paradigm is altered by advancing age, as older people need less functional “grunt” to stay well. So, if and as you approach and pass 80, there is actually much less to get your knickers in a knot over!