Heading Off the Dreaded Cramp! 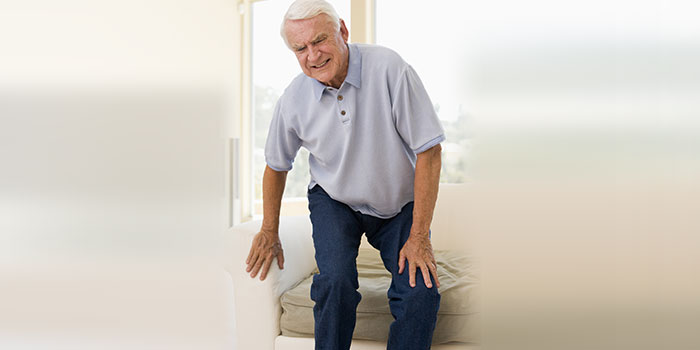 Cramp in patients with late stage chronic kidney disease (CKD5)—and on dialysis (CKD5d) when it is hard to get up and move around—is one of the worst symptoms of CKD5 and CKD5d. It is also one of the hardest to fully explain to patients, and to treat. We are not sure why some suffer more cramp than others. Despite how common and painful they are, the cause of cramp is poorly understood and under-researched...the latter, a real shame.

In CKD5d, cramp is most often found with a high ultrafiltration rate, and towards the end of a dialysis run. But, this is not always the case, as patients with a low UFR may also sometimes cramp.

In the dialysis patient, cramp tends to occur or to be worse late in a run. It tends to parallel the magnitude of change—in speed or degree—of change to the blood volume. Change to the inter-compartmental balance of salts like sodium, potassium, magnesium and calcium (electrolytes) is also a factor. Any acute change to blood volume and/or levels of electrolytes will also change extracellular and intracellular fluid volumes and electrolyte levels. The more abrupt or brief a treatment, the greater the risk of trans-compartmental electrolyte imbalance, and altered homeostasis.

An intra-dialytic change in the concentration of key electrolytes will result from:

Changes to stable homeostasis in dialysis within or between these four "compartments" is the key factor in provoking cramp. The more 'brutal' the treatment, the faster it is, the more likely that cramp will occur.

Why, then, do some patients also have cramps in bed at night, when not on dialysis?

The certain answer is unknown. But, we may forget that major shifts in blood volume occur as a function of normal physiology when moving from standing to lying down, then back to standing. It is a well-known fact that, upon lying down, adult blood volume expands at the expense of the extra-vascular fluid volume by a mean 600-700 ml in a 70 kg man (or ~10 ml/kgm).i

This fluid shift reverses upon standing up. The blood volume contracts back by the same amount, as fluid shifts back to the extravascular compartment.

These erect-to-supine-to-erect changes in blood volume take just a few minutes. As fluid moves back and forth between compartments, levels of common salts also change, depending on the direction of movement. As fluid moves into a compartment, the electrolyte levels in that compartment will fall. As fluid moves out, the electrolytes become more concentrated. This dilution/concentration phenomenon, based on fluid movement, also affects albumin. This is important as, though not an electrolyte, albumin plays a key part in fluid mechanics. For example, serum albumin is ~8% lower when lying supine than when standing, as it has been diluted by movement of fluid from the extracellular to the intravascular compartment.

These changing salt (electrolyte) and albumin levels affect electrical conductivity—the impulse a nerve fibre uses to stimulate a muscle cell...and, as you will see below, the stage is set for posture-related symptoms to result.

All of this happens in the setting of both CKD5 and CKD5d – and, in the case of CKD5d, homeostasis is already under an added threat from the dialysis treatment itself. In either case, a change in posture may magnify any pre-existing tissue electrolyte disturbance, and harm neuromuscular function. Holding that thought, let us turn to nerve and muscle function.

Neurotransmitters depend on a stable mix of electrolytes in the fluid "soup" that bathes and surrounds the neuromuscular junction. The neurotransmitters and the electrolyte bath they work in, form a chemical "switch" that lets each nerve ending "talk" to its muscle cell. While there are conflicting data on the relative importance of each electrolyte, that they matter—and matter a lot—is not disputed.

Dialysis disturbs the balance between the electrolyte levels in the blood and tissue fluid. The effect is larger if the treatment is done quickly. The motor end plates become "super-trigger-happy"! While clearly a gross over-simplification, this results in the motor end plates firing off in an uncoordinated way. Muscle cells contract even when the brain has not sent a message. This unplanned muscle contraction leads to cramp.

Lots of treatments for dialysis cramp have been tried, with mixed success. Clearly the key step is to slow down the dialysis, so there is more time for electrolyte "equilibration" (= re-balance). This is the key reason why patients using slower, longer, extended-hour and higher frequency regimens (like frequent nocturnal dialysis) do not cramp. Those who use more frequent but shorter-time dialysis (eg: short daily dialysis) are not as well cramp-protected. Twice the frequency but half the time = an unaltered rate of fluid removal and homeostatic disturbance.

Taking extra salt is also not a good idea, it simply drives up blood pressure and activates thirst. Thirst causes a greater weight gain and the need to dial a higher UFR the next time round. This leads to greater, not lesser, chemical shifts and more, not less, cramp.

We use here—with good effect—an anti-epileptic drug (clonazepam). In our experience it works best of all. Other drugs and supplements have been tried, but with questionable value, including:

Evidence is not convincing that these are useful. Codeine can help some patients. Others get some relief from magnesium or quinine sulphate, though the latter carries the risk of platelet abnormalities and has dropped from favour.

But, the best treatment of all is to:

Above all, dialysis cramp is best remedied by longer slower dialysis, and not by taking the patient off early!