Are Partners Really Necessary for ALL U.S. Home Hemodialysis Consumers?

This blog post was made by Dori Schatell, MS, Executive Director, Medical Education Institute on May 9, 2014. 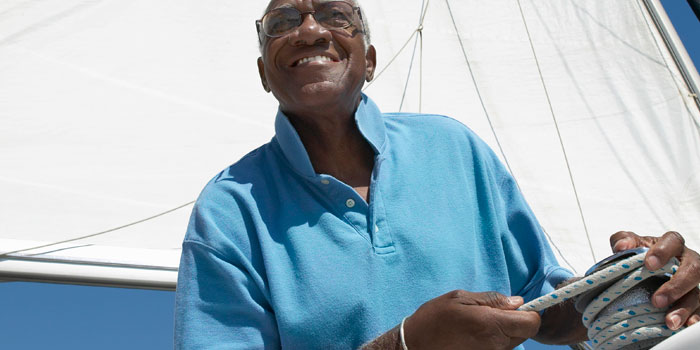 Anecdotally, we at MEI hear that as many as 40% of people who train for short daily hemodialysis (HD) at some clinics drop off of the therapy within a year. Often, the reason seems to be care partners who may be overly burdened by a training philosophy (conscious or unconscious) that gives them the bulk of the dialysis tasks, including cannulation—which can be highly stressful to the point of dread. Our research found that home HD success seems to be linked to having the person who gets the treatment do as many of the dialysis-related tasks as s/he is capable of.1 And, analysis of the Frequent Hemodialysis Network study results found that, for those on dialysis, feeling as if they were a burden was linked with worse depression and poorer quality of life.2

Here's something most people who work in American dialysis don't know: In Denmark, you can't do home HD unless you can do your treatments independently.3 From what I hear, Australia and New Zealand clinics may refuse to train a "carer" for home HD as well. Imagine that. It's the polar opposite of what we have here.

When we first started Home Dialysis Central in 2004, our policy was that if blood is outside of the body, someone else besides the dialyzor had to be there. What if there was a problem? It wouldn't be safe! Right? But, our minds were gradually changed by the folks we met—like Bill Peckham—whose care team at Northwest Kidney Centers very sanely, I think, reasoned that it is safer for a competent adult to do intensive HD (longer, and/or more frequent treatments) alone than it is to insist that s/he receive far less kidney replacement therapy in a clinic.

The truth is, we adults choose to take risks all the time. For my younger daughter's 18th birthday, we gave her a solo skydiving jump. She had to take classes, and we signed a legal waiver—and she jumped out of an airplane and guided herself triumphantly to the ground. I know adults who go ice climbing, ride motorcycles, drive racecars, walk tightropes, smoke cigarettes. All of these things involve taking your life in your hands. Even just getting behind the wheel of a car is taking a risk. Why is solo dialysis so different?

Okay, it's medical. Blood is involved. There are needles or catheters (yes, some people do home HD with a catheter). But an estimated 300,000 to 500,000 Americans require insulin for diabetes.4 Severe hypoglycemic episodes can cause loss of consciousness and seizures that can lead to falls, car accidents, or cumulative brain damage—but we don't require people with diabetes to have a partner to give their insulin.

Part of the issue is an in-center mindset, I think. Many training programs follow the model for standard HD treatments, where a nurse or technician typically does the cannulation—so, rather than train dialyzors to take on this vital self-management task, they turf it to the care partner. In-center,symptomatic intradialytic hypotension may occur in more than one in four treatments doubling the risk of vascular access thrombosis,5 contributing to lengthy post-treatment recovery times, and increasing mortality.6 If hypotension is likely, someone has to be standing by to help. When ultrafiltration is slower and gentler, painful and potentially deadly "crashes" are far less likely. So, a care partner can be throwing in a load of laundry or starting a meal elsewhere in the home, or running an errand—or not present at all.

But, let's get real. The "you must have a care partner" policy is all about lawyers and preventing lawsuits. If you happen to be a large dialysis provider with deep pockets, it makes sense to limit your risk exposure. And, on the face of it, it seems to be risky to "allow" people to dialyze at home without a partner. On the other hand, an estimated 400 people suffer catastrophic hemorrhage from venous needle dislodgement in dialysis centers each year.7 Tens of thousands more standard in-center HD patients have sepsis, develop crippling neuropathy or joint damage, have their vascular accesses damaged by poor cannulation, or have sudden cardiac death. (Shhh. Don't tell the lawyers, or they won't let anyone dialyze!)

Doesn't it make more sense to assess each person who wants to do home HD on a case-by-case basis? There is a continuum of capability for home HD, from fully-autonomous to total care, and every gradation in between. Letting capable individuals learn to dialyze themselves—and requiring partners for those who need help—makes sense, should reduce drop-out, and can help extend the tremendous benefits of home HD to a wider audience. (And if it will make the lawyers happy, provide remote monitoring for solo home dialyzors. It probably won't boost outcomes, but everyone will feel as if there is more support.8)