Mark Your Calendar Now for Next Year’s Annual Dialysis Conference in Seattle! 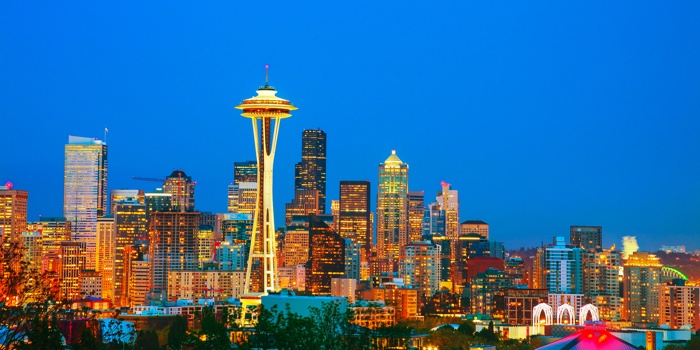 As I was first typing this blog, I was flying the Pacific (yet again) on the way to (yet another) in-my-summer-holidays ADC—the Annual Dialysis Conference. Unfortunately, or fortunately, I didn’t get time to submit it when I arrived in New Orleans—the ADC is pretty full on—so, here I am returning to the same blog on my flight out of LA back to Melbourne.

The ADC is the largest dialysis conference in the world. Now in it’s 36th year, it was set up many years ago by a group of dialysis-believing nephrologists led by the late Karl Nolph, initially to celebrate and educate about peritoneal dialysis. Later, hemodialysis and home dialysis therapies were added to make it a truly broad-church dialysis conference.

The amazing people who have orchestrated and sustained this conference include, but are not limited to, such luminaries as Belding Scribner, Dimitri Oreopoulos, Frank Gotch, Zbylut Twardowski, Ranesh Khanna, Chris Blagg, Bob Lindsay, Bob Lockridge, Carl Kjellstrand, Bernard Charra, and Eli Freidman, with the nursing component being championed by the indefatigable Leonor Ponferrada.

Together, this group sensed that the ASN (American Society of Nephrology) was more immediately directed towards basic science (and here no shred of criticism, for this focus is intended) and was paying scant attention to dialysis. Yet, from a practical standpoint, dialysis was the daily clinical reality, the “bread and butter” workload, for many (or most) practicing nephrologists .

They realized that there was a clear need for a separate annual conference—a conference that pulled together an eclectic mix from the dialysis world under a single umbrella:

Indeed, there is nothing quite like the ADC in the nephrology world . Even the EDTA falls short as a comparison, although the rapidly growing biennial Home Dialysis Conference in Australia/New Zealand does offer registrants the same eclectic appeal.

Sustaining the cross-interest appeal of the ADC has been a hard task. Creating presentations that appeal to and are understandable by a wide spectrum of the dialysis-interested is not easy, yet, amazingly and consistently, they have pulled this off, sustaining the ADC as a highly successful and utterly practical conference.

Although 2015 has shown a small renaissance, the downward drift in registrations in recent years seems odd, especially as dialysis user numbers continue to rise and the options for dialysis have never been more complex and varied, and more in need of understanding and proselytizing.

So, why does seeing these familiar faces at the ADC trouble me so much? Well, while I really enjoy an annual opportunity to rekindle the friendships forged over many years, along with the pursuit of a shared passion to improve dialysis care, they also cause me to fear for the future, as each year, I see the same faces…and each year, they are a year older. I worry that younger nephrologists—those who should be coming in their droves—don’t seem to be there; at least not enough of them. The old guard isn’t being replaced. The “kids” aren’t coming.

Those who should be there seem “missing in action.” Those who need to learn, understand, and broaden their dialysis horizons may not be doing enough. Passing the US Nephrology Board Certification exams can be done with little or no dialysis education: Dori Schatell (MEI; Wisconsin) made the point in one of her several ADC presentations that just 5% of the questions in the Board exam are on dialysis, and it would be possible to score 95% without a shred of dialysis knowledge.

Those who are the next or the next but one generation of dialysis doctors don’t seem to be as “captivated” by dialysis as we certainly once were.

Meanwhile, dialysis choice is expanding. Home dialysis options are firmly on the ADC agenda. Hemodiafiltration (HDF), an incremental but important improvement in dialytic practice that is now becoming routine in Europe, Canada and Australia, and which is now, a little belatedly, on the FDA radar, is as yet poorly understood by US nephrologists. These topics—and more—were front and centre at the ADC, but the medical audience was (bluntly) greying…and they are not the people who need to be learning and understanding this stuff.

While in the US, dialysis “choice” remains almost totally skewed to standard in-center care, the exciting new options of high frequency short daily dialysis, of home and/or centre-based extended-hour dialysis, or of centre or home-based HDF are all out there to embrace and to be excited about.

The U.S. default is still “cared-for” dialysis rather than “self-cared” dialysis. The safe option remains entrenched: that “an uneducated patient is a safe patient,” rather than the more challenging but rewarding thought that an educated, self-reliant patient—though a challenge—might be a joy.

So, how can the ADC rise like a phoenix…shades of Conchita Wurst, from Austria, who won the 2014 Eurovision Contest with a song of that name): see

https://www.youtube.com/watch?v=SaolVEJEjV4 …to re-engage, interest, and capture the “nephrology kids” out there…the leaders of tomorrow’s dialysis?

Should some meetings… e.g.: the ASN and the ADC…be mandated, perhaps one of each in each 3-5 year cycle, as a required attendance to sustain accreditation?

One thing seems clear as I struggle home again (it is so far) that after yet another pilgrimage to my favorite meeting of the year, I am returning home with a sense of dread that this seminal meeting may be in danger. The new breed of dialysis professionals must assume some responsibility in maintaining their currency in what is, in truth, the basis for one of their prime earning inputs.

The ADC is an icon, and an icon is intended to exert an influence … forever. So, out there in blog-reader land, I hope that some of you will put forward your ideas, thoughts, and solutions to save Karl Nolph’s wonderful child!

The next meeting will be February 27-March 1, 2016 in Seattle. Mark your calendars! Seattle is your next chance. Seattle is a funky place. Seattle is also the spiritual heart of US dialysis.

So, make it a date. Come. Learn. Find out that there is a whole lot happening in dialysis that is exciting to become enthusiastic about. Dialysis is not just a nursing or techie procedure. It’s a vibrant but much neglected therapy, with a myriad of directional options that need your drive.