Incentives for home dialysis - for the right reasons? 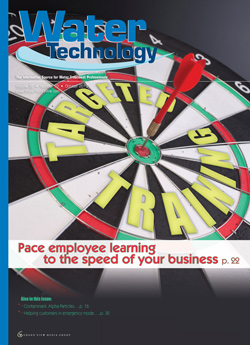 Payers of health care services today not only want more for their money, but they want delivery of the services they pay for—and their beneficiaries expect the same. Medicare, the largest payer of health care services in the United States, has over 49 million customers. California tops the charts at 5 million, followed by Florida at 3.5 million beneficiaries; Vermont has the least at 117,393 patients. How do you insure that all these patients get good quality care – and good access to all medical treatments available to them?

One way is financial incentives to the providers offering the care. For example, hospitals are now being penalized by Medicare if patients are readmitted for problems related to the original diagnosis. Physicians are facing penalties next year if they don't meet certain Medicare-imposed goals to use electronic health record systems.

In dialysis, providers are getting ready for the third year of the Quality Incentive Program, an initiative by the Centers for Medicare and Medicaid Services to track how the renal community is meeting quality measures. CMS will take up to 2% of the facility's bundled payment if they don't reach a performance score acceptable to the agency on measures such as anemia management, dialysis adequacy, use of fistulas, infection control, and testing patient satisfaction.

When dialysis was first developed as a therapy in the late 1960s, home was the logical place for it. Congress had not yet funded the therapy, and outpatient centers were few and far between. Hospitals still offered programs, but funds and equipment was scarce.

Once the ESRD Program was initiated in 1973 with Medicare funding, however, patients were encouraged to leave home and dialyze in outpatient centers. With guaranteed payment from the federal government and a growing patient population, dialysis companies sprouted up and began an accelerated build-up of clinics around the country. If not for the development of peritoneal dialysis in the late 1970s-early 1980s, home dialysis might have all but disappeared.

Today, the therapy is growing again with the help of—you guessed it—financial incentives from payers like Medicare. When it initiated the new Prospective Payment System, or the bundled payment, for dialysis care in 2011, CMS indicated it wanted to find a way to encourage more home dialysis (then around 8-10% of the ESRD patient population). Three years later, the community is starting to see some benefits. The key incentive for providers was simple: If you start a patient on a home therapy, CMS will start paying for treatments right away. If the patient goes directly to in-center hemodialysis, payment doesn't begin until three months later (a policy already in place). In addition, centers get paid an additional 51% of the composite rate in those first three months because of the extra care needed in the early stages of dialysis care. If the patient goes on home dialysis, that payment also begins immediately. If the patient is treated in-center, that payment doesn't begin until three months later.

Growth in the number of patients on home therapy still has a long way to go—estimates now are that the use of peritoneal dialysis is now at 9%, an increase of 2% since the bundle took effect. Growth in home hemodialysis has not been as significant, likely due to a more difficult therapy for patients to grasp, more expensive equipment, and what the dialysis industry says is inadequate funding for training.

In our 2013 ranking of the largest dialysis providers in the United States, cumulative growth in the patient population among the eight largest providers showed an increase of 10,831 patients on home dialysis from 2011-2013. Of that growth, 6,802 patients were using peritoneal dialysis. While not all dialysis patients are on Medicare, it's a clear sign that the incentives are working.

This article was posted on October 4th, 2013