Laurie's Story - A Message of Courage, Determination and Hope 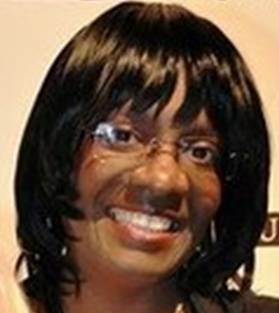 From the first day of Laurie's diagnosis with end stage renal disease (ESRD), her husband Mike aided her through long recovery periods following in-center dialysis treatment, and after 20 years of marriage, he was finally able to donate his own kidney to better Laurie's quality of life. Ten years later, Mike's transplanted kidney ceased to function in Laurie's body. Determined to find an alternative to an in-center dialysis plan, Mike and Laurie turned to more frequent home hemodialysis with the NxStage® System One™.

For the couple, more frequent home hemodialysis with NxStage proved to be a good personal fit for them. The convenience and flexibility of the therapy not only helped them stay focused on their lifestyle, but also gave them the opportunity to focus their collective energy on finding a second kidney donor. Laurie and Mike vowed when they first married for better or for worse, in sickness and in health, and Mike has stuck by Laurie's side with every step of her journey with kidney failure.

"In-center dialysis treatment three days a week forced me to spend my free time sleeping, and missing precious moments of my life," said Laurie. "When my kidneys failed for the second time, I switched to more frequent home hemodialysis treatment with NxStage and felt a difference within the first week. It gave me back the only thing that matters to me, time. Time with my husband."

During Laurie's time on NxStage therapy, the couple established a social media presence and networked to reach thousands of people with her story. Together they found a donor, and Laurie is now recovering from her second transplant earlier this year.

Click here to view the video of Laurie's story.

The NxStage System One is a prescription device. All forms of hemodialysis, including treatments performed in-center and at home, involve some risks. In addition, there are certain risks unique to treatment in the home environment.